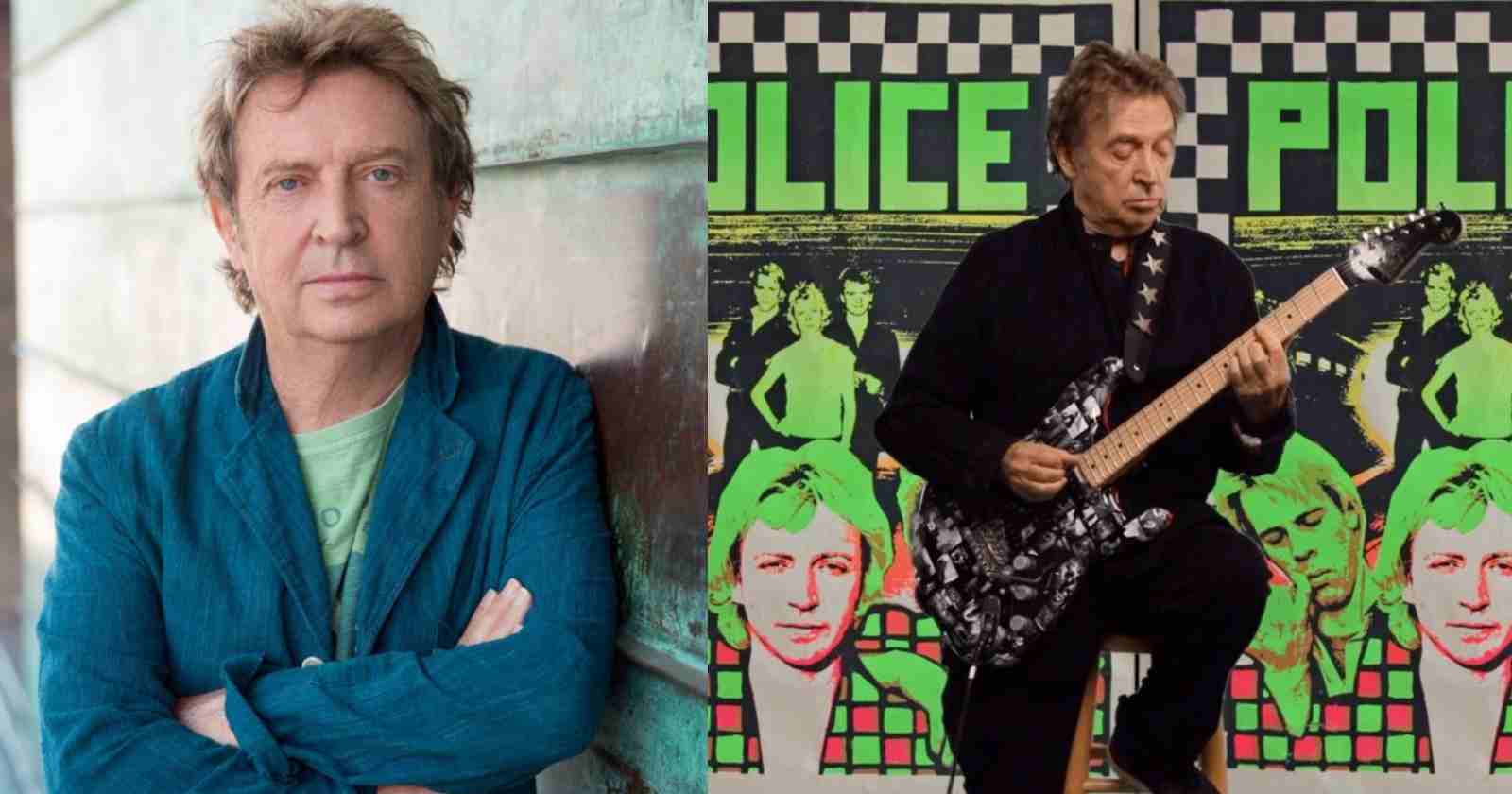 The legendary The Police guitarist Andy Summers has a broad musical taste and showed that in an interview in 2022 with BBC Radio 4 show “Inheritance Tracks”, where the listed two  songs that were some of his favorites and that were big influences to him as a musician. The guitar player chose an American and a Brazilian song.

Formed in London back in 1977 by Summers, bassist and singer Sting and drummer Stewart Copeland, The Police became popular in the late 70s and early 80s. They have sold more than 75 million records worldwide.

The 2 songs that The Police’s Andy Summers listed as some of his favorites:

“The track I’ve inherited is ‘Manhã de Carnaval’, which was composed and played by Luiz Bonfá, who was a great Brazilian guitarist and composer in Rio de Janeiro. When I was 16, of course I was an avid guitar player. In fact it was my life apart from one thing which was going to the movies. I used to go to a movie theater called ‘The Continental’ in my hometown, in Bournemouth. I was absolutely absorbed with these beautiful black and white films of that era. One of the films that I saw then was ‘Black Orpheus’ and I was absolutely knocked out by it. One of the things that really killed me and it was this very haunting melody which was called ‘Manhã de Carnaval’.”

“I went on to really love Brazilian music. Brazil is my second home, I have ended up playing that song all my life sitting on the top of the favela looking over Rio, played it on the beach to a 100.000 people. So that one song from that sitting in the little dark fleet of a cinema in Bournemouth has become a theme in my life.”

I got the guitar at about 11 from an uncle, his little guitar with only five strings on it. It was a beaten up old spanish guitar. But the minute I got it, I never thought about anything else. It was like ‘This is who you are’. By the time I was 14, I was playing around in little bands in the hotels in my hometown.”

“I mean, I’ve seen I had talent for it very early. I was at home listening 10 hours a day to records trying to copy stuff off records and then there was a Jazz club, they started to let me play in the intervals while the real band went and had a few beers. For me it was thrilling and gradually I became popular and people would stop and watch me to see what I was going to do this week. Because every week I was sort of hanging by a thread as I tried to pull off some sort of 25 minute performance. Eventually the band itself let me play with them one night. I played a great solo and everybody cheered. I almost pasted out, I almost fainted on the spot because it was such a moment for me. It was huge, like a wave rolling over.”

“Wes Montgomery came out of the blue. He was an absolutely incredible natural guitarist and he played with his thumb instead of a pick. He would play the song, the head of the song and then go into this incredible improvisation. I spent a long time copying that solo and by the time I was 16 and half I could play the whole solo. This was not learning off music, this was hunched over a record player and playing it over and over again, trying to get with it. This is how you learn. So in a sense, I’ve been recreating that Wes Montgomery solo for the rest of my life.”

“I was on the scene, my star was rising, I’ve been written about in the newspapers and I’ve became a sort of pet of Virgin Records. It was the time that Mike Oldfield had out ‘Tubular Bells’. So the Newcastle Symphony Orchestra was going to do a performance of it, they asked me to do it. The weird thing was that there was an interval band, an intermission band which was called ‘Last Exit’. I watched them for about five minutes and going ‘yeah, whatever’ and moved on”.

“The bass player in the band was Sting. Two weeks later I was back in Newcastle, again we all ended up in a hotel. The other band that was around that night was Curved Air. I was lying on the floor drinking a beer probably with this young American who couldn’t stop talking. It turned out the drummer of that band was Stewart Copeland. Three months later another guy contacted and asked me if I would try out with these two guys he knew. They had a band called The Police.”

“I started playing with these guys thinking ‘Hmm they are a bit rough’. Of course it was Sting and Stewart. Eventually Stewart came up to me and said ‘Hey mate, do you remember we were lying on the floor together up in Newcastle?’ And then Sting came up to me and he said ‘You know, I’ve seen you a few times up in Newcastle. God you’re great'”. The rest is history, there is where it all started. It just seemed predestined that we all met in this weird way,” Andy Summers said.

Born in Poulton-le-Fylde, Lancashire, England back in 1942, Andy Summers is known for being The Police guitarist but he also worked composing film scores and exhibited his photography work in galleries.

Since The Police ended in 1986, Summers released 13 studio albums and played with other musicians.