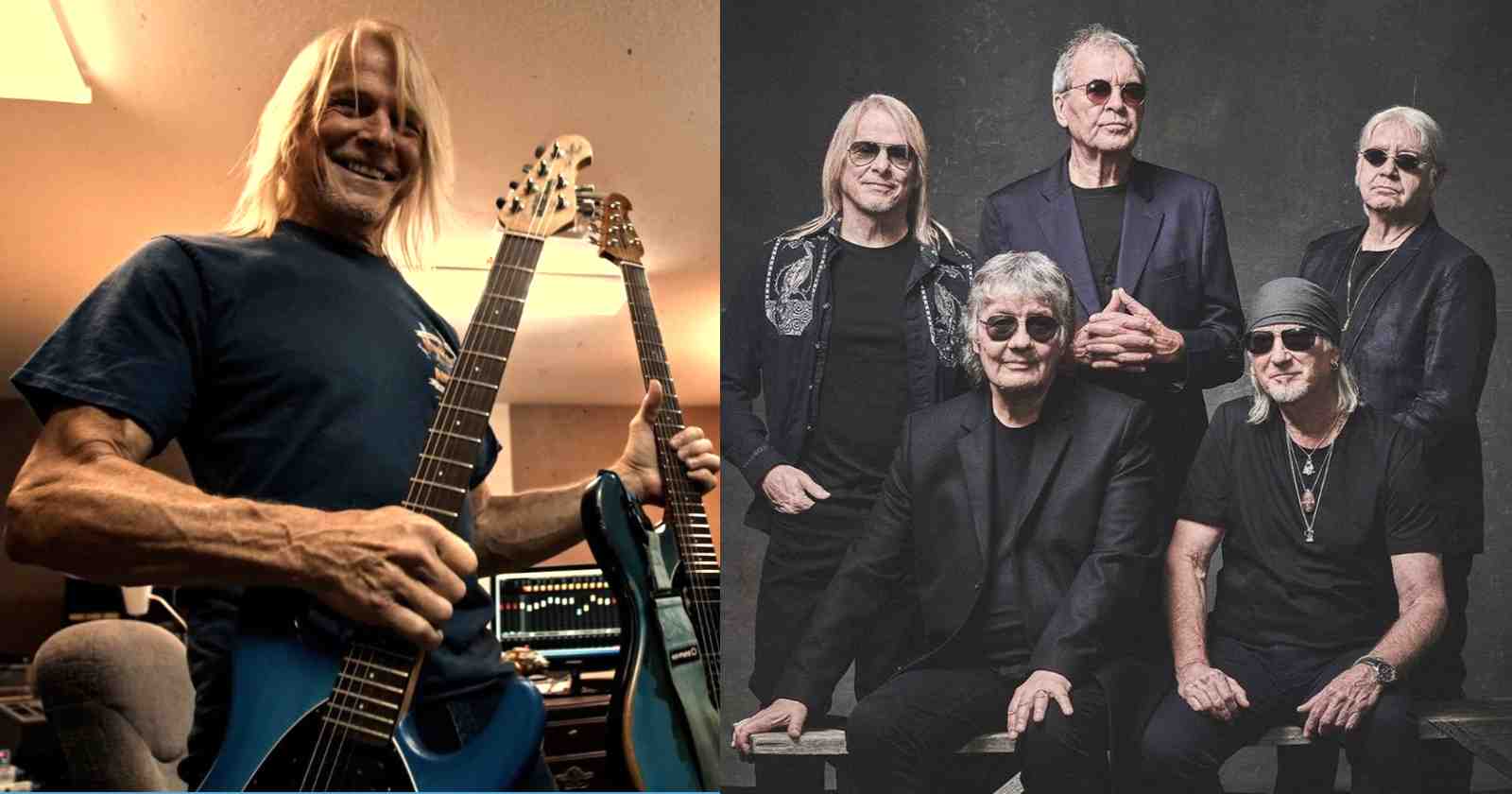 Deep Purple announced last March that guitarist Steve Morse would take some time off from the band to take care of his wife during her cancer battle. During the last months the group has been touring with guitarist Simon McBride, who had already worked with Ian Gillan and Don Airey.

But now the band announced that Steve Morse is officially not a member of the group anymore. In an official statement the band said that Morse can’t commit to the band’s schedule “in 2022 and beyond” due to personal circumstances regarding his wife’s battle with cancer.

Simon McBride will keep touring with the band on their scheduled dates but there is no information if he may become an official member.

“Deep Purple announces that Steve Morse will be stepping back from the band, having been its guitarist for more than a quarter of a century. Steve’s personal circumstances have made it impossible for him to commit to the band’s schedule throughout 2022 and beyond. A few months ago, Steve openly shared with the band´s fans the sad fact that his wife, Janine, is battling cancer and, in his own words, ‘I simply must be there with her.'”

“Steve will be greatly missed by band, crew, management, record label and all those that had the pleasure of working with him over the years.
Steve has always been hugely grateful for the support and love of Deep Purple fans across the globe. A true master…”

“Last Autumn, I suddenly left the Purple writing session in Germany because my wife was having a real medical crisis. Almost a year later, we are learning to accept stage 4 aggressive cancer and chemo treatment for the rest of her life. We both miss being at shows, but I simply couldn’t commit to long, or far away tours, since things can change quickly at home. I suggested lining up a substitute guitarist last Autumn, hoping we could see the miraculous cancer cure all of us have heard about. As time went by, I could see the way things were heading though, after 28 years of being in the band.”

“I’ve already played my last show with Purple back in Florida on the Rock Legends Cruise. I wish to thank the listeners who so strongly supported live music and turned every show from a dress rehearsal to a thundering, exciting experience. I’ll miss everybody in the band and crew but being Janine’s helper and advocate has made a real difference at many key points.”

“As Janine adjusts to her limitations, she is able to do many things on her own, so we will try to play some shorter nearby concert tours with friends to, hopefully, get both of us out of the house!
I know Simon has the gig nailed already, but I’m now handing over the keys to the vault which holds the secret of how Ritchie’s “Smoke on the Water” intro was recorded. I guess you have to jiggle the key just right because I never got it open.”

“In circumstances like these it is normally difficult to find the right words, but not in the case of Steve Morse; I know what I want to say. He came from a different background to the rest of us in Deep Purple and yet his musical genius has been somehow compatible and played a big part in the fresh direction adopted by the group when he joined and made his first album with us in 1996, and then onwards, for over a quarter of a century, enjoying the longest incumbency of any DP guitarist and contributing to the longest unchanging line-up, which started when Don Airey replaced Jon Lord – who retired in 2002 – until the present day.

“I first became aware of Steve through the Dixie Dregs, particularly the track ‘Take it off the Top’ which was the theme tune for Tommy Vance’s BBC rock show and impressed me mightily. I didn’t realise at the time that one day I would be lucky enough to stand on stage with Steve and enjoy his consummate skills up close and dangerous.
I got to know him as a very kind man, full of ideas and the patience to see them developed. He would say, ‘You never know until you try it’. We sure had some fun debating that approach, but mostly in good humour and he always gave as good as he got.”

“Steve has a legacy with Deep Purple that can never be forgotten, and that smile will be missed. It would be wrong to comment on his personal circumstances, suffice to say he’s in a bad place right now but dealing with it bravely and as best he can; we all admire his devotion; he’s been a strong family man all his life. All this has come at a terrible time for everybody, including the other musicians in Deep Purple. After two years off the road because of quarantines everywhere, we had to get back to what we do, and that is perform live around the world and make music in the way we have always done, since 1968.”

“As we get older, we realise that we’re much closer to the end, and that triggers an urgency that won’t be tamed. From Steve’s perspective, I can only imagine that there is no possible ‘nice’ way of continuing with a new man, but it is either that or call it a day, because the lack of momentum was gradually becoming something more significant; it felt terminal. The best way I can describe this is by using Steve’s own words; when I sent him a love letter a few weeks ago, he replied that it was weird being at home whilst we guys were out there, but ‘reality intervenes’… and that’s what has happened. I can only put out love and respect, and positive vibes at the memories of good times together.”

From the moment Steve joined us in Purple, it was obvious he could open up new musical possibilities for us. Like most great creative musicians, he has the ability to come up with musical ideas that no one else has thought of. I think the easiest way to say it is he’s always “thinking outside the box”. Not many of us can do that!”

“We learnt he is also an incredibly nice man, who put up with our lack of knowledge of US sports teams and stars, and our continual talk of UK football, (soccer to our US friends!), with great patience. But there is one important truth here and that is ‘family comes first’. Steve is adhering to that truth with his wife Janine’s health situation. We will miss him.

“In the early 80’s, on tour with Rainbow in Germany, I heard ‘Go for Baroque’ by the Dixie Dregs on a car radio. I was captivated and immediately bought Unsung Heroes. Then I bought Steve’s first solo album. What a guitar player. Never could I have dreamed that twelve years later we would be in a band together. Deep Purple was at a pivotal point in the mid-90’s and needed to refresh itself.”

“Steve was an inspired choice and brought his talent and limitless imagination to us – evidenced by ‘Purpendicular’, a favourite album of mine – enabling the band to start an amazing journey for the next twenty-eight years… no mean feat. He’s a teacher, he inspired us, me in particular, with his energy, encouragement and wisdom, and his contribution and legacy in this band is beyond words. He will be missed but our friendship will remain. Sadly, life has intervened, and different challenges are upon us. Janine needs him now, and my best wishes and thoughts go out to them.”

“Thanks Steve for being such a shining light both musically and personally to me over the last few (20 !!) years. All I can do is wish you and Janine the best for the future, in the new course that life has taken you. I know it would take a lot more than this to extinguish your talent and your music, so hopefully we’ll see you down the road a-piece. Cheers DA”