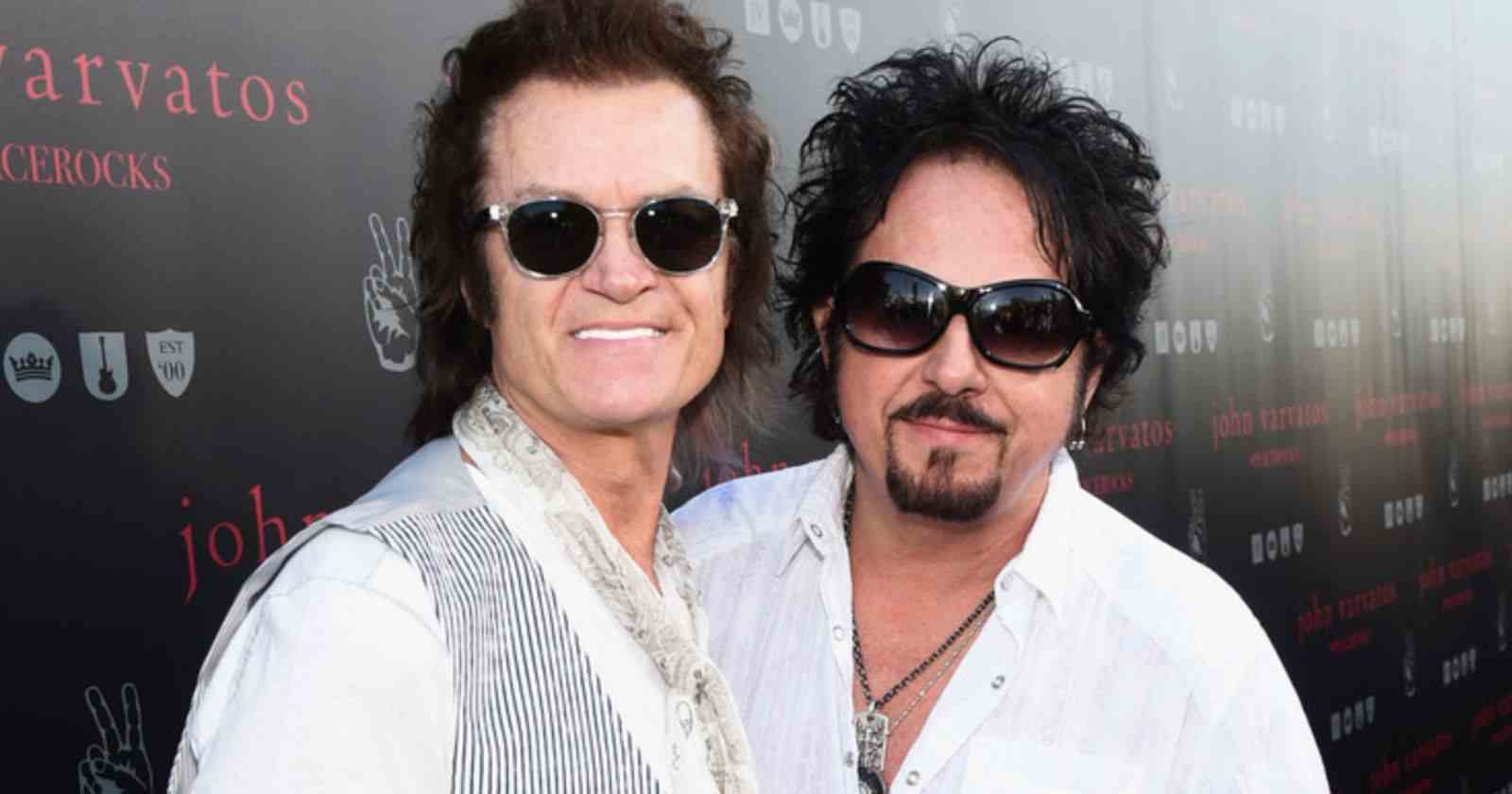 Toto guitarist Steve Lukather recalled in an interview with Mitch Lafon when he had to expel Glenn Hughes (Deep Purple, Black Sabbath) from his house one day, when the musician was high and didn’t want to leave.

Steve Lukather recalls when he had to expel Glenn Hughes from his house:

“There’s a funny story about Glenn Hughes. Glenn was dating my brother’s wife. He is a dear friend whom I love and he’s one of the greatest singers of all time. I have nothing but respect.”

“But when he was fucked up, like, in 1980 or whatever, he was at my house one night and he wouldn’t leave. And I had this acoustic guitar, it was like a classical guitar, and he wouldn’t stop noodling on it.”

“He was playing shit and it was like, ‘Dude, it’s fucking eight in the morning, get the fuck out!’ ‘I gotta go play one more thing!’ I’m like, ‘You ain’t playing me nothing, man!’ And he was starting to pick up the guitar and smash the guitar, and I go, ‘OK, we’re done now.’ And he wrote it in his book. [Laughs]”

“That shit just made you do crazy shit, man. That’s all I can say. Every stupid shit I ever did in my life was on booze or drugs.”

Steven Lee Lukather is an American guitarist, singer, songwriter, arranger and record producer. Best known as the sole continuous founding member of the rock band Toto from its founding in 1976 to its latest hiatus in 2019.

A prolific session musician, Lukather has recorded guitar tracks for more than 1,500 albums representing a broad array of artists and genres. He has also contributed to albums and hit singles as a songwriter, arranger and producer. Most notably, Lukather played guitar on Boz Scaggs’ albums Down Two Then Left (1977) and Middle Man (1980). Also was a prominent contributor to several studio albums by Michael Jackson, including Thriller (1982).