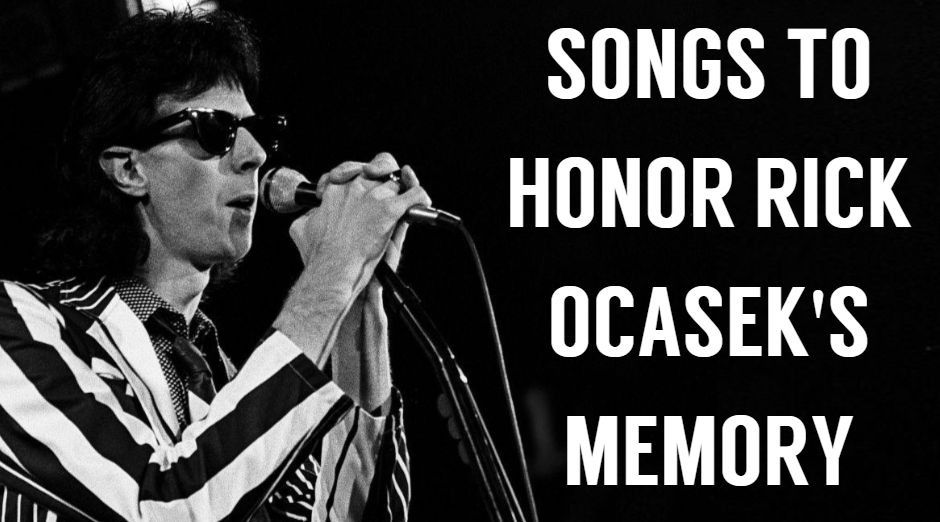 Ric Ocasek, singer and guitarist of the band The Cars left us at 75 in September 15, 2019. The legendary musician got famous with The Cars in the 70s and he leaves an extensive successful catalog. So we’ve prepared a list to honor his memory.

“Good Times Roll” It is the first track from The Cars 1978 debut album. With its slow, lumbering rhythm, the track became a modest hit when it was released as a single in 1979. It has since appeared on many of the Cars’ compilation albums.

The track was produced by Roy Thomas Baker. Written and sung by Cars lead vocalist and rhythm guitarist Ric Ocasek, it was released as the album’s third single.

The song appeared on their first album, The Cars, released in 1978. It was co-written by Ric Ocasek and the band’s keyboard player Greg Hawkes, and sung by bassist Benjamin Orr.

“You Might Think” is a single by the Cars from their fifth studio album, Heartbeat City, which came out in 1984. The track was written by Ric Ocasek, and produced by Mutt Lange and the Cars. Ocasek sang lead vocals.

“My Best Friend’s Girl” is a song by their 1978 self-titled debut album on Elektra Records, released on June 6 of that year. Written by Ric Ocasek and produced by Roy Thomas Baker, the song was released as the album’s second single.

It peaked at number 35 on the U.S. Billboard Hot 100 chart, and reached number three in the UK. “My Best Friend’s Girl” was included on the soundtrack to the 1979 film Over the Edge.

“Just What I Needed”

“Just What I Needed” was released as their debut single from their self-titled debut album, released in 1978 on Elektra Records. After achieving exposure as a demo, the song became a successful single for the Cars, hitting the top 30 in America. Appearing on numerous compilation albums, it has become one of the band’s most popular songs.

“Drive” is a 1984 and the third single from the band’s Heartbeat City album released in March 1984 and their biggest international hit. Written by Ric Ocasek, the track was sung by bassist Benjamin Orr and produced by Robert John “Mutt” Lange with the band.

Ric Ocasek, leader of the band The Cars, dies at 75
Rockers react to Ric Ocasek’s death
Advertisement
To Top