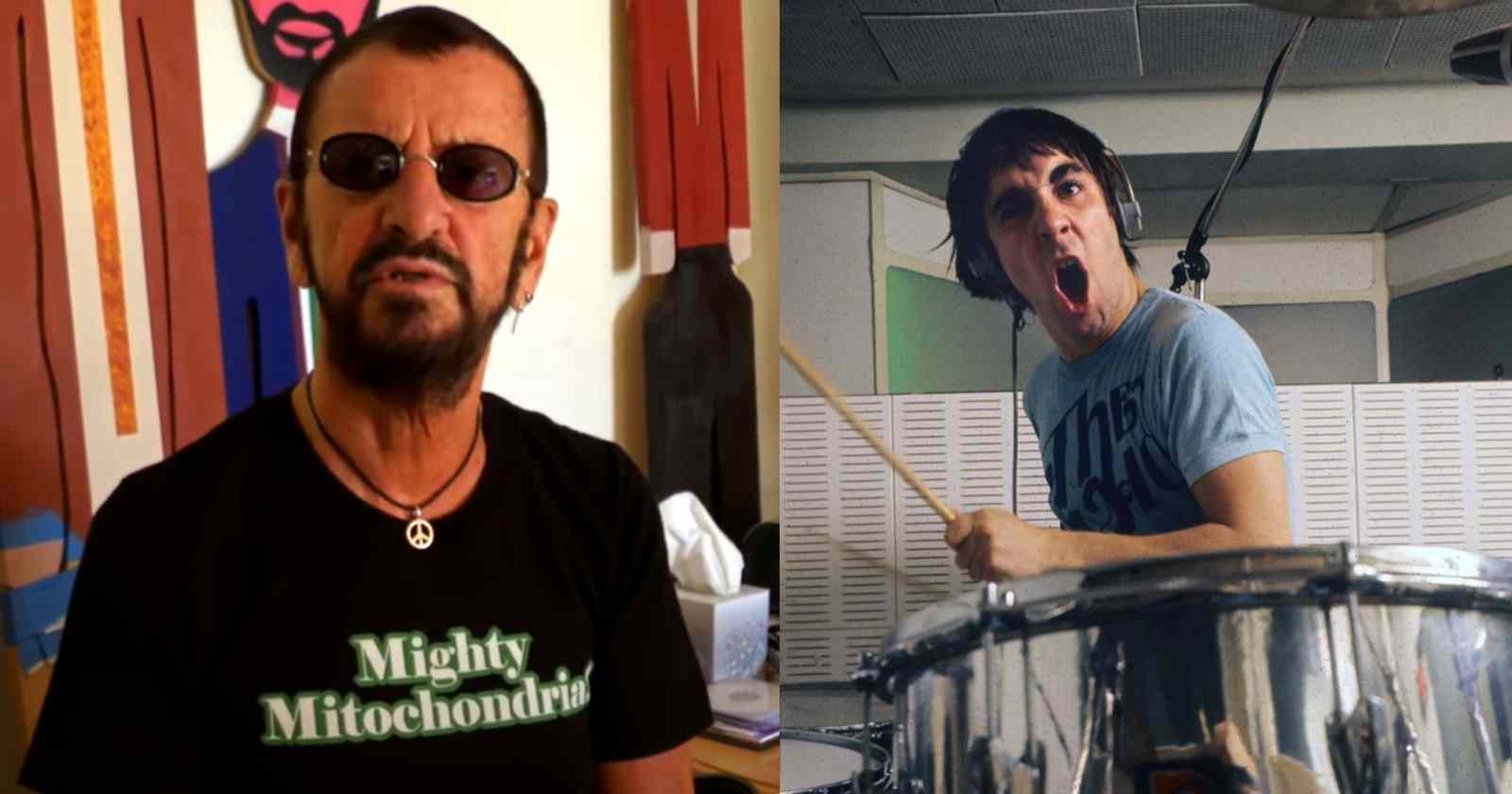 Keith Moon was born in Wembley, England back in 1946 and achieved fame as the drummer of The Who, one of the most influential British bands of all time. He was part of the band from 1964 until his tragic death at the age of 32 in 1978, recording 8 studio albums with Pete Townshend, John Entwistle and Roger Daltrey. Over the decades many of his peers gave their opinion on Moon and one of them is the legendary Beatles drummer Ringo Starr.

Ringo Starr was a good friend of Keith Moon and curiously, The Who’s drummer was the main influence of Starr’s son Zak Starkey when he was a little kid and decided to learn the drums. But when the Beatle was asked by Cincinnati in 2016 if he was a fan of Moon’s playing, he surprisingly said no. “No (laughs). He was one of my best friends, he was great, he had his style. That style worked so incredibly amazingly for the band he was in. He was another one. I mean, mine is like the complete opposite of the way he played, but the style made it work, and his style made The Who work,” Ringo Starr said.

During a conversation with Drum Magazine back in 1972, Keith Moon praised Starr, saying that he was one of his favorites drummers and that his “bass drum work” was great.

Which one was the most reckless according to Ringo Starr: Bonham or Moon

Nicknamed “Moon The Loon”, Keith Moon was also known for his wild way to party, destroying hotel rooms, driving cars into a swiming pool and much more. In 2020 Rolling Stone  asked Ringo Starr which drummer was the most reckless: The Who’s Keith Moon or Led Zeppelin’s John Bonham. The Beatle replied: “Ah, both. When I moved to Los Angeles in the 70s and the Led Zeppelins passed through the city, Bonham had this fixed nail so he had to take the car, come to my house, pick me up and throw me in the pool. And it really did. It could have been day or night, but he would come and throw me in the pool.”

“And Keith, he was a beautiful person, but we all took stuff and he was no exception. For my parents it was Uncle Keith and for a time he lived with us, more or less. It is thanks to the two of them if we drummers have the reputation of decerebrates. It’s not that all drummers are like that. The two of them did, and they were my friends,” Ringo Starr said.

As Ringo Starr said, his son Zak Starkey grew up hanging out with Keith Moon. He was only 13 years-old when The Who’s drummer tragically died and was replaced by Kenney Jones in the band. Starkey joined The Who in 1996 and since then he is the band’s drummer. Talking with Modern Drummer in 2006, the musician said that Moon was his first big influence.

“Keith Moon was my first big influence, definitely. I wanted to play the drums because of Keith. When I was very young there was music all around me in my parents’ house. You would go into the living room and find stacks and stacks of LPs. I would spend my days listening to records. My dad took me to see T. Rex when I was six. That was it for me; I wanted to be Marc Bolan. Then I got into David Bowie. I loved all of those ’70s glam bands from England, like Slade and Sweet. Then when I was eight, I discovered The Who’s Meaty Beaty Big And Bouncy. That turned everything on its head. It was so different and it sounded so alive. It was bouncy.”

“Keith was like an uncle, really. He was one of my dad’s best friends. When my brother, sister, and I used to stay with my dad there, we would occasionally spend a few days at Keith’s house. Keith was the babysitter. We would just hang out and talk about anything, really–girls, surfing, bands, drums. He was a really fantastic guy to hang out with. He wasn’t crazy in any way, except for that look in his eye. I was hanging out with my hero,” Zak Starkey said.

Keith Moon once asked Paul McCartney to join The Beatles

Back in 1966, things were not very good between The Who members and Keith Moon decided to try to join another band, so he went to ask Paul McCartney if The Beatles were interested in him as The Who biographer Mark Blake told in the book “Pretend You’re In War”. Even though there was also a lot of turbulence in The Beatles, they never decided to change any of the members of the band. So McCartney told Moon that they were not looking for a drummer.