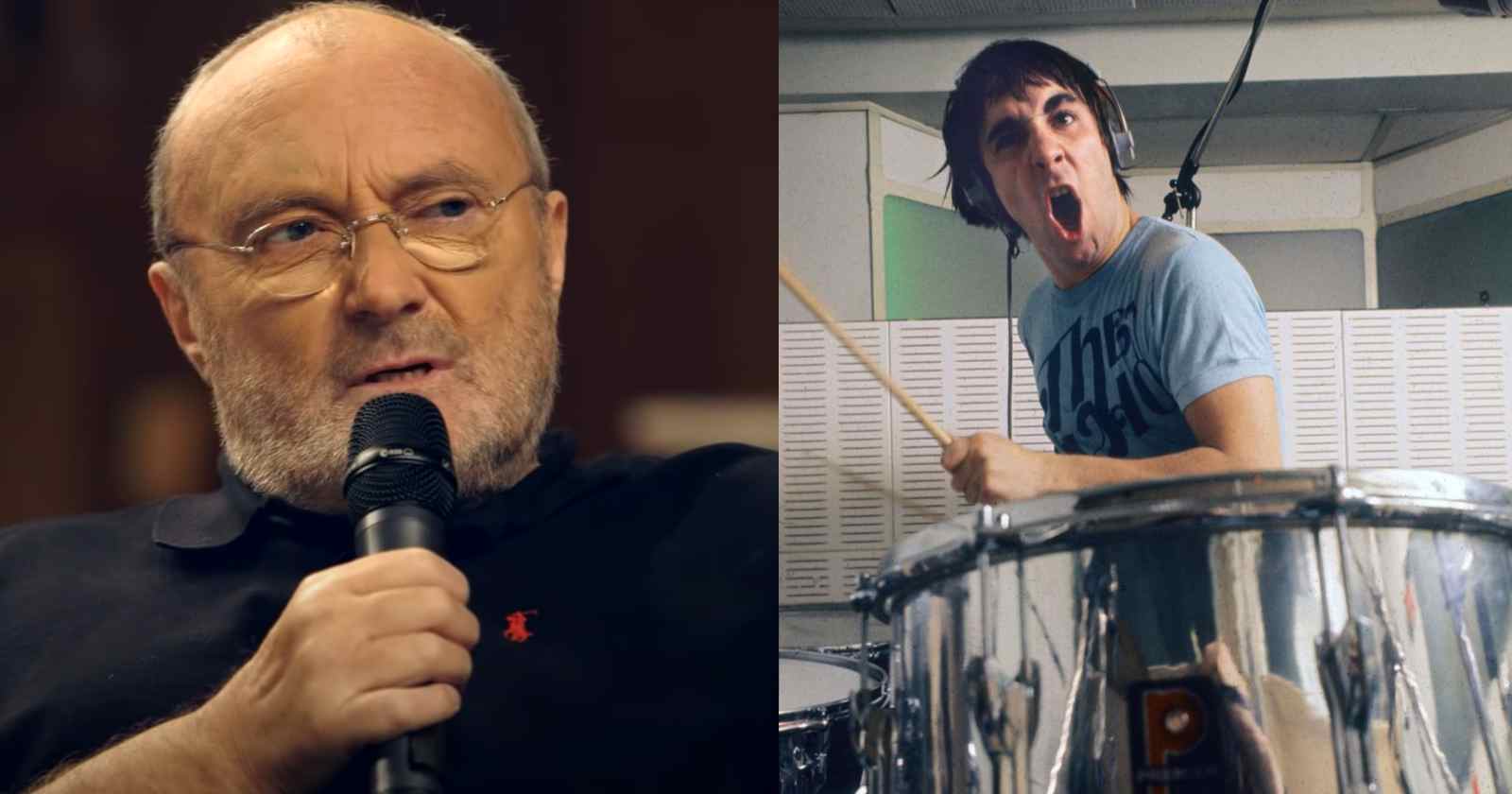 Formed in London back in 1964, The Who became one of the most important British bands in the history of Rock and Roll. One of the key elements of the band’s sound was the incredible drummer Keith Moon, who died too soon at the age of 32 back in 1978. Over the decades many of his peers gave their opinion on him drumming and one of them is the legendary Genesis singer and drummer Phil Collins.

What is Phil Collins’ opinion on The Who’s Keith Moon

Back in 2016, during a radio interview with BBC 6 Radio Phil talked about the 5 drummers that he likes the most and one of them was Keith Moon. “I think that one of the Classic Rock tracks of all time is ‘Won’t Get Fooled Again’. And I remember seeing them on TV, they were televised from Charlton Football ground. I saw him with this gaffer tape around his head, with his headphones, you know. It hurts to take it off if you’re foolish enought to put it around. The way he played, there was no orthodoxy at all”.

The musician continued answering if he had the chance to meet Moon. “Well, one time we were in the Top of The Pops bathroom together. But that doesn’t count. Another time, I used to go to this musician’s club a lot in Wardour Street and to find out if there was any work going.”

“I was probably underage but I used to go there and Keith used to be sometimes behind the bar. I will never forget I bought a round of drinks which should have cost almost a pound, which I know it sounds ridiculous now. But it was like six or seven drinks, should definitely have cost the best part of a quid. He was giving me the drinks. He gave me eighteen sheelings change and I always tought he was lovely after that (laughs).”

“I’d asked (Pete Townshend) if I could join after Keith died. I was doing a session with Pete Townshend. I said ‘You know, if you’re looking after the dust settles, I would love to do it. But they already asked Kenny Jones. I would have left Genesis for that,” Phil Collins said.

Even though Collins said that he would totally have left Genesis to join The Who at the time, he praised back in 2016 in an interview with The Guardian the band’s longtime drummer Zak Starkey, who is also Ringo Starr’s son. Collins said in

“Absolutely would have joined The Who. I would have left Genesis to join The Who. But they’ve got a great drummer now in Zak Starkey, he’s fantastic. Someone with the balls that Keith Moon had.”