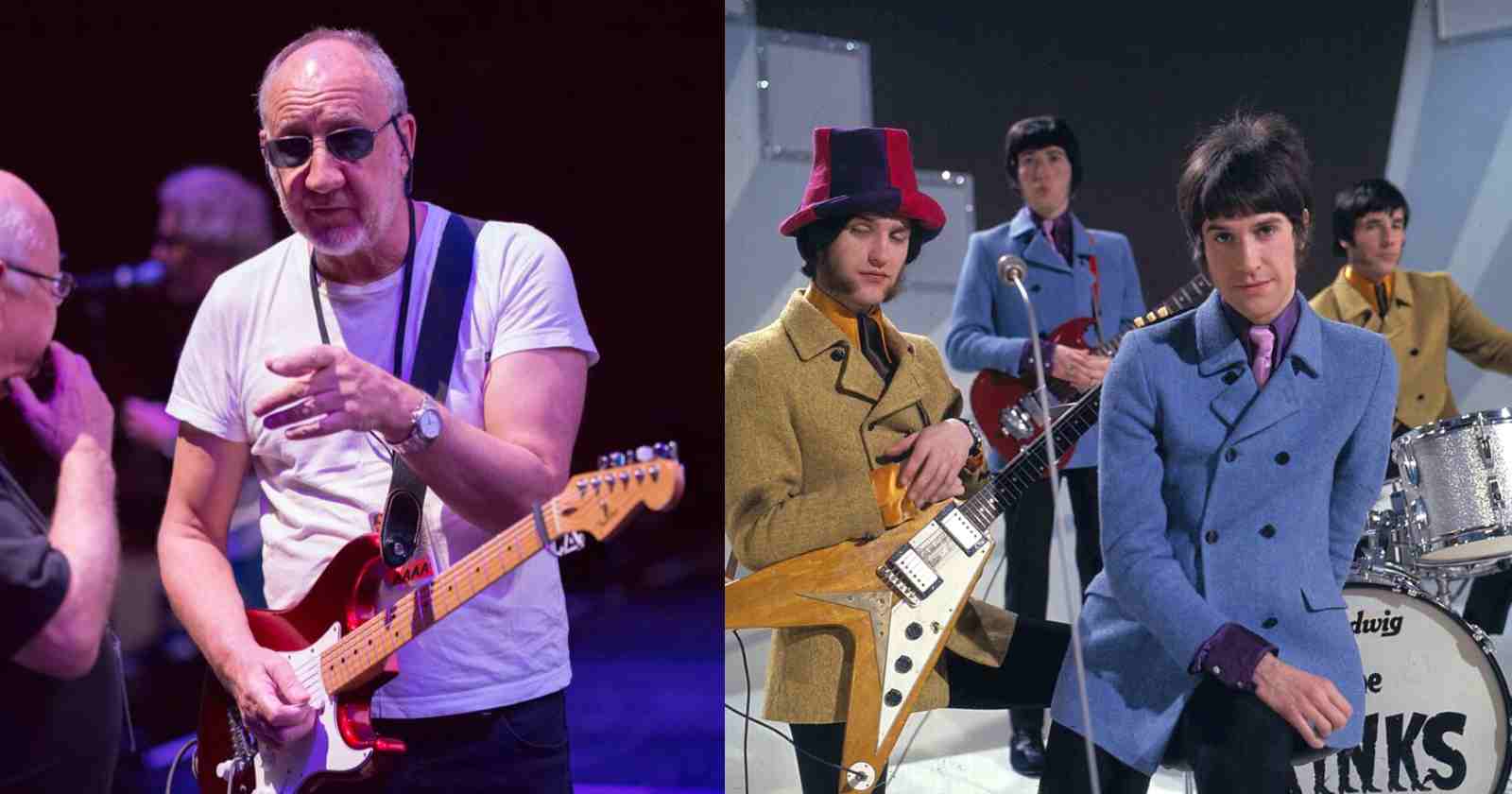 Formed in London, England back in 1964, The Who became one of the most important bands of all time. Until 1970 they released four successful studio albums that influenced a whole generation of new groups from all over the world. Alongside The Beatles and The Rolling Stones they were one of the biggest bands from the so called “British Invasion” that shook the whole music industry in the 60s.

However, there are other two British bands that Pete Townshend, The Who’s main songwriter, guitarist and sometimes singer, considers to be very important. He revealed that in an interview with Time back in 1995 (Transcribed by Rock and Roll Garage).

“The Kinks were much more quintessentially English. I always think that Ray Davies should be one day, be Poet Laureate. You know, he invented a new kind of poetry and a new kind of language for Pop writing, which I think, influenced me from the very, very beginning. (It was) very strange that I should be so directly influenced because it was from sideways, we were moving foward together, but I was very influenced by him.”

“I think that Dave Davies is also very underestimated. When we started I used to feel that, well it’s obvious that Dave couldn’t have done the kind of innovation that I did because I was with Jim Marshall building the bloody amplifiers. Somehow The Kinks adopted some of that as well, they didn’t actually used the Marshall size amps that we used. But they were loud, they were raucous, the guitar sound was similar, there was feedback there.”

“All of those things were happening at the same time. But Ray, still to this day, there’s a continuum to his writing. He started writing it up and he’s been very, very faithful to it, very, very pure. I don’t think there’s a single song that he’s written that I don’t like. Other Kinks fans that I know, that are avid Kinks fans as I am, are exactly the same. You either love everything that Ray does or very little of it. He is an extraordinary writer. He is poet”

“‘Waterloo Sunset” is difficult to get the context, ‘Waterloo Sunset’ influenced ‘Strawberry Fields’ (From The Beatles) or vice versa. I remember Eric Clapton and me being summoned to Brian Epstein’s house to listen to ‘Strawberry Fields’ and ‘Penny Lane’. We heard it and I remember thinking ‘God, what was that?’ I remember Eric came up with a great idea, he said ‘Could I hear it again, please?’ Then we heard it again.”

“I thought that like most records it would start to thin out, you know. But what actually happened is what happened to most of the Beatles records of that period, you heard more. To this day, it seems bizarre to say so. But to this day when I listen to ‘Sgt. Pepper’, I hear it and I think: ‘I must have heard this record a thousand times, in studied listening sessions and it feels as I never heard it before. There are some records like that and I think it’s because what actually happens is that you hear the music and you don’t relate the music to the condition that you’re in or the place that you’re in when you first hear it.”

“The only other two bands at the time (Besides The Beatles and The Rolling Stones), really that I think that were really important were The Animals and The Kinks. The Animals because a lot of people forget how early they got into America. They were the second band to follow The Beatles in and they were huge. I think it really did adversely affect them, because they were a really good solid R&B band. I think the pressure that was on them was just huge. And I don’t think Eric (Burdon) recovered,” Pete Townshend said.

Some of the band’s biggest hits are: “We Gotta Get Out of This Place”, “It’s My Life” and “Don’t Let Me Be Misunderstood”.