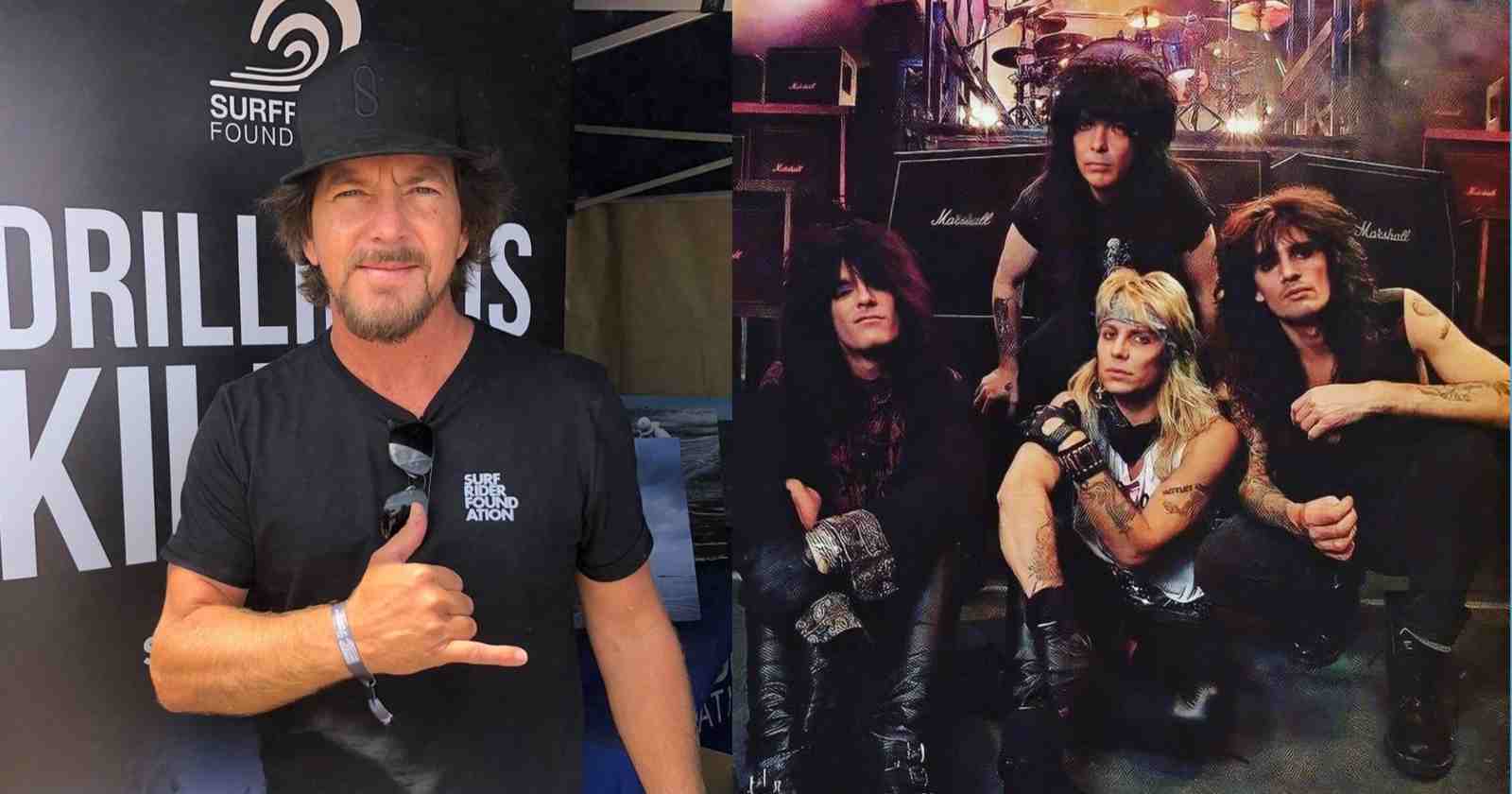 Pearl Jam vocalist Eddie Vedder that is currently promoting his new solo album “Earthling”, said in an interview with The New York Times that he hated “Hair Metal” and especially Mötley Crüe. As one of the bands that emerged with the Grunge Rock genre in the early 90s, Pearl Jam was one of the groups responsible to “kill” the 80’s Hair Metal that was dominating MTV and the music industry at the time.

You know, I used to work in San Diego loading gear at a club. I’d end up being at shows that I wouldn’t have chosen to go to (from) bands that monopolized late-’80s MTV. The metal bands that, I’m trying to be nice, I despised.”

Mötley Crüe’s bassist and main lyricist Nikki Sixx criticized on his Twitter account what Eddie Vedder said about his group, saying: “Made me laugh today reading how much the singer in Pearl Jam hated @MotleyCrue. Now considering that they’re one of the most boring bands in history it’s kind of a compliment isn’t it?”