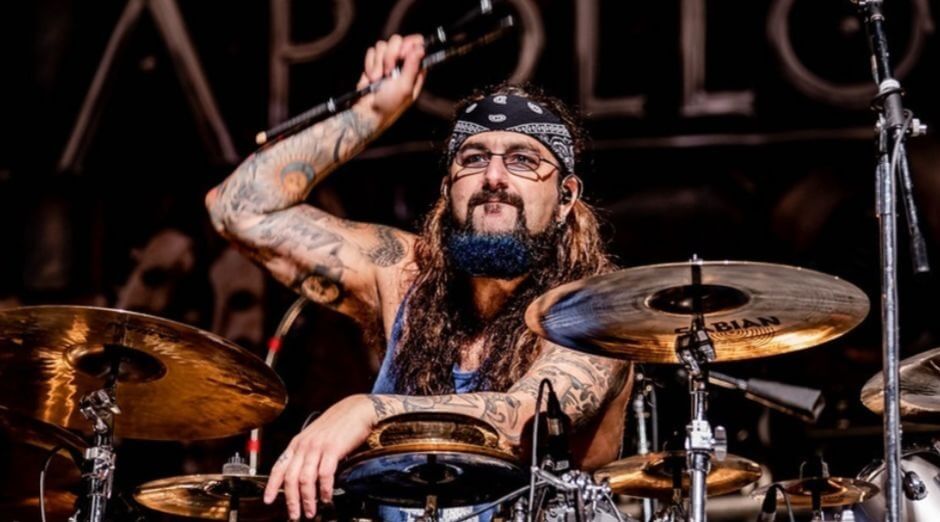 Drummer Mike Portnoy, famous for his work on Dream Theater revealed on his official Facebook page the 10 drummers that changed his life. The musician said: “There’s a silly tagging thing being passed around on FB and I just posted this on my personal page…but I figured I’d share it here too. Thanks to Roy Mayorga for the nomination: 10 drummers that really had an influence on me…but this list could change on any given day (some other honorable mentions would be Peter Criss, Bill Ward, Lars Ulrich etc) I am breaking the rules and just posting all 10 at once instead of one per day… 😂,” Mike Portnoy said.

Mike Portnoy lists the 10 drummers that changed his life:

Ringo Starr was born in Liverpool, 7 July 1940). In addition to be The Beatles drummer, Starr was the singer on songs such as “With a Little Help from My Friends”, “Yellow Submarine”, “Good Night” and his covers of “Boys” and “Act Naturally”. He also composed and sang “Don’t Pass Me By” and “Octopus’s Garden”.

Since the end of the Beatles he released many solo albums and toured with the All-Star Band.

Keith Moon was born in 23 August 1946 and died 7 September 1978. He was The Who’s legendary drummer. He gained prestige for his innovative and exuberant drumming style. Besides the notoriety for his eccentric and sometimes destructive behavior. So he was called “Moon the Loon”.

He joined Who in 1964, participating in all of his albums and singles from the group’s debut with “Zoot Suit” in 64 until Who Are You, 1978, released three weeks before his death.

John Bonham was born in Redditch, May 31, 1948 and died in Clewer, September 25, 1980. He is best known for being Led Zeppelin’s drummer. The musician was admired for his speed, power, characteristic sounds, and sensitivity to the groove.

Neil Peart was born in Hamilton, September 12, 1952 and died in Santa Monica, January 7, 2020). The Canadian musician was known as the drummer and lyricist for Rush. He has received numerous awards for his musical performances and was known for his agility, proficiency and energy. Also is considered one of the best drummers of all time.

Bill Bruford was born in May 17, 1949 and is a former English drummer. Best known for his contributions to bands such as Yes, King Crimson, UK and Genesis, among other progressive rock ensembles.

He brought new rudiments, orchestral and jazz techniques to rock. Also being one of the creators of the progressive rock genre.

Terry John Bozzio was born in San Francisco, December 27, 1950 and is known for his work with Frank Zappa. Also Bozzio is noted for creating the melodic ostinato for drums. In much of his work, ostinato is played using various permutations of kick and hi-hat while soloing against these bases.

Vincent Peter Colaiuta was born in Pittsburgh, February 5, 1956 and is better known also for playing with Frank Zappa. he started playing drums as a child and won his first complete drum kit from his parents at age 14.

Also is recognized for his technical skills and versatility, having played with several artists of the most varied genres.

Although best known for his work with Chick Corea and the band Toto, Simon has played with many famous artists. Some of them are Judas Priest, Jon Lord, David Gilmour, Roger Glover, Ian Gillan, Jeff Beck, Michael Schenker. In addition to Jack Bruce, Brian Eno, Mike Oldfield, Gary Moore and Mick Jagger.

He also participated in the 1989 tour of The Who and the subsequent album Join Together, as well as playing on the solo albums of Pete Townshend and Roger Daltrey.

Stewart Copeland was born in Alexandria, July 16, 1952 and is known for playing in renowned bands such as The Police and Curved Air. In addition Copeland is the son of a former CIA agent.

Alex Van Halen was born May 8, 1953 in Netherlands and is the co-founder of the hard rock band Van Halen, along with his brother, guitarist and keyboardist Eddie Van Halen. His musical influences range from Keith Moon, John Bonham and Ginger Baker to Buddy Rich.