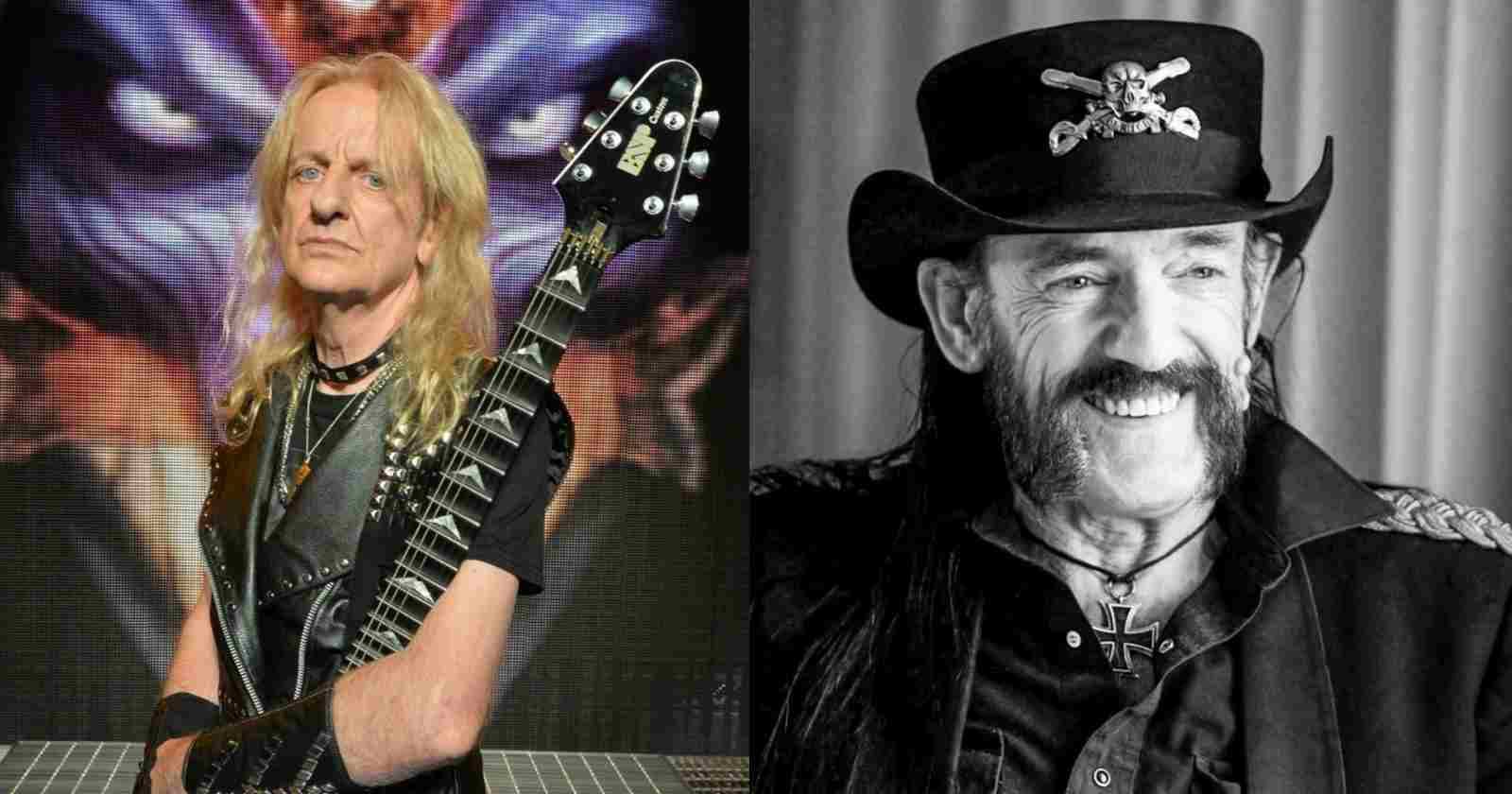 Images from KKs Priest and Motörhead

The influential ex-Judas Priest guitarist K.K. Downing, who now has the band KK’s Priest, said in an interview with Rhys Bowler (Transcribed by Blabbermouth) that Motörhead was the band responsible to create the Speed and Thrash Metal, since they were the ones who first did a sound that would later evolve to those styles with bands that were influenced by Lemmy Kilmister’s group.

In the same interview, Downing said that Judas Priest was also a big influence on Thrash Metal bands at the time.

“Motörhead, to me… I have to say Motörhead was to blame for all of that, I think. Well, I say ‘to blame’ — I’d change that to ‘thank’ for that, ’cause I think Lemmy and Motörhead  were responsible for the creation of thrash and speed metal, definitely. And obviously, we can’t leave out Megadeth… And obviously, we had the likes of Pantera coming through [in the late 1980s and early 1990s].”

“We had a lot of great bands in the early ’80s that were kind of, ‘Okay, we’re the new kids on the block. Move aside.’ So us bands that had been around through the late ’60s and ’70s, we had to kind of listen up and go, ‘Hang on. Not too fast, you guys.’ But you can’t keep good bands down; they’re gonna push their way forth. But the thing is that was a very, very healthy thing.”

Motörhead and Judas Priest were two bands who were labeled as being part of the New Wave Of The British Heavy Metal that begun in the late 70s and early 80s with also bands like Diamond Head, Iron Maiden and Saxon.

Metallica was heavily influenced by Motörhead