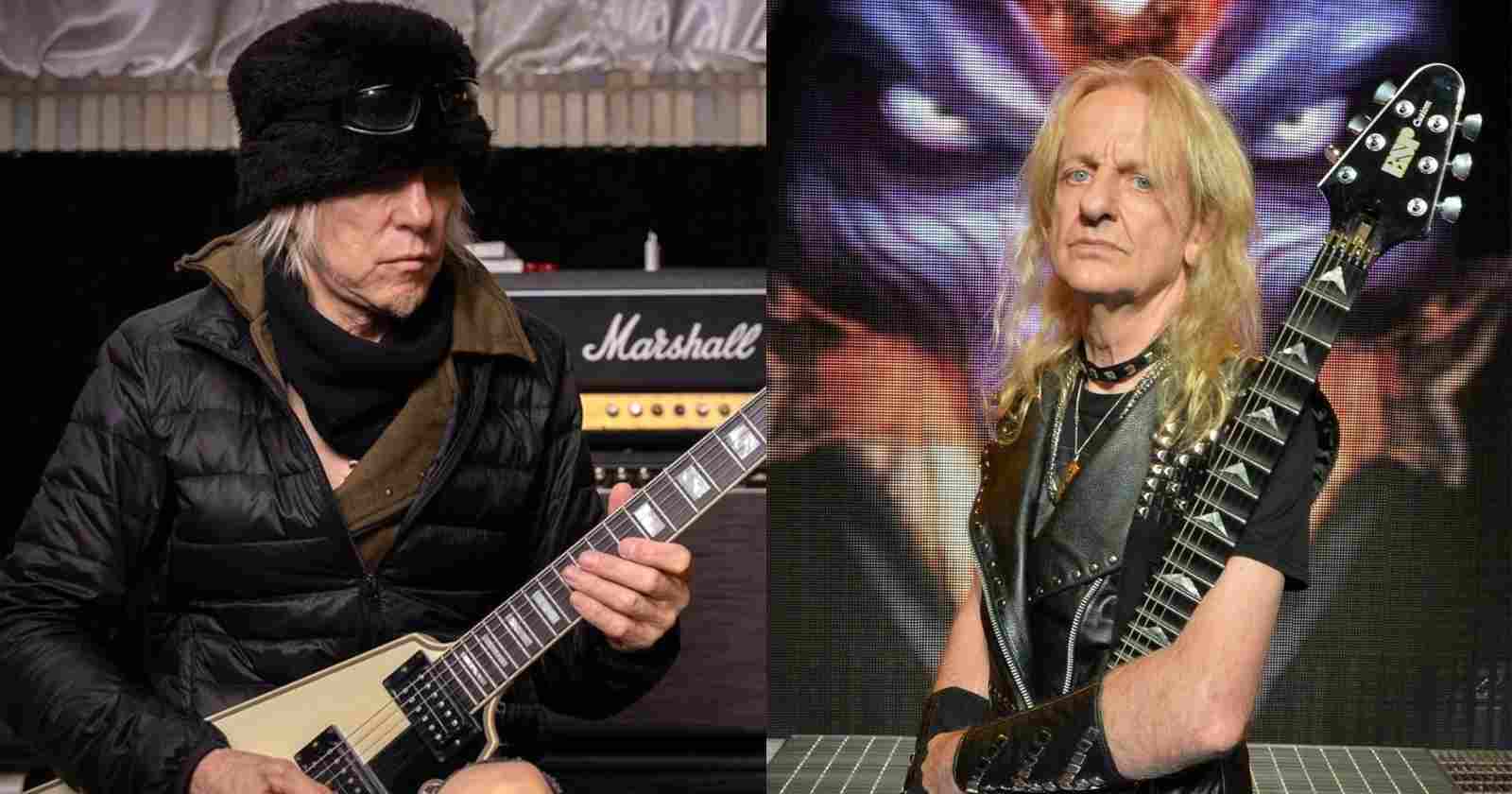 The legendary guitarist Michael Schenker (MSG, UFO, Scorpions) recalled in an interview with The Metal Voice (Transcribed by Blabbermouth) that the first time he saw Judas Priest he had a Déjà vu moment because according to him K.K Downing had the same hair, was wearing similar clothes and also playing on the Flying V guitar model. The musician also noted that the late UFO bassist Pete Way was a bif influence on Iron Maiden‘s Steve Harris, that according to Schenker uses the same type of clothes that Way used to use on stage.

“It’s all true. Steve Harris is a complete Pete Way fan. He even dresses like him. So does K.K. Downing from Judas Priest; dresses like me. I went to the Whisky (A Go Go in West Hollywood) when I was 18 years old, when I was on my first American tour. There was Judas Priest playing. My girlfriend and I, we wanted to see, because we heard about that. And there was K.K. Downing, the guitarist from Judas Priest, having my perm and playing a Flying V in almost an identical outfit. I mean, I looked at my girlfriend; she looked at me. It was like déjà vu. So it was, like, ‘What is this?’ It was me again. I couldn’t believe it; it was unbelievable.”

“At least that was in the ’80s. That’s what happens. They either copied me or Eddie Van Halen, or they copied each other on the ’80s scene, just to be part of a trend.”

The Michael Schenker Group released recently “Emergency”, the first single and official video of their upcoming album “Universal” that will be out next May 27. About the song Schenker said in an official statement: “‘Emergency’ is quite a complicated song with different rhythm’s but catchy at the same time. It’s fun to play and to listen to. Enjoy and Keep On Rocking”.

The musician has a North American and European tour scheduled for 2022. On the American dates names like Eric Martin, Amored Saint and W.A.S.P. will be the opening acts. The band’s tour line up has:  Michael Schenker (Lead guitar), Ronnie Romero (Vocals), Bodo Schopf (Drums), Steve Mann (Keyboards/Guitars) and Barend Courbois (Bass).