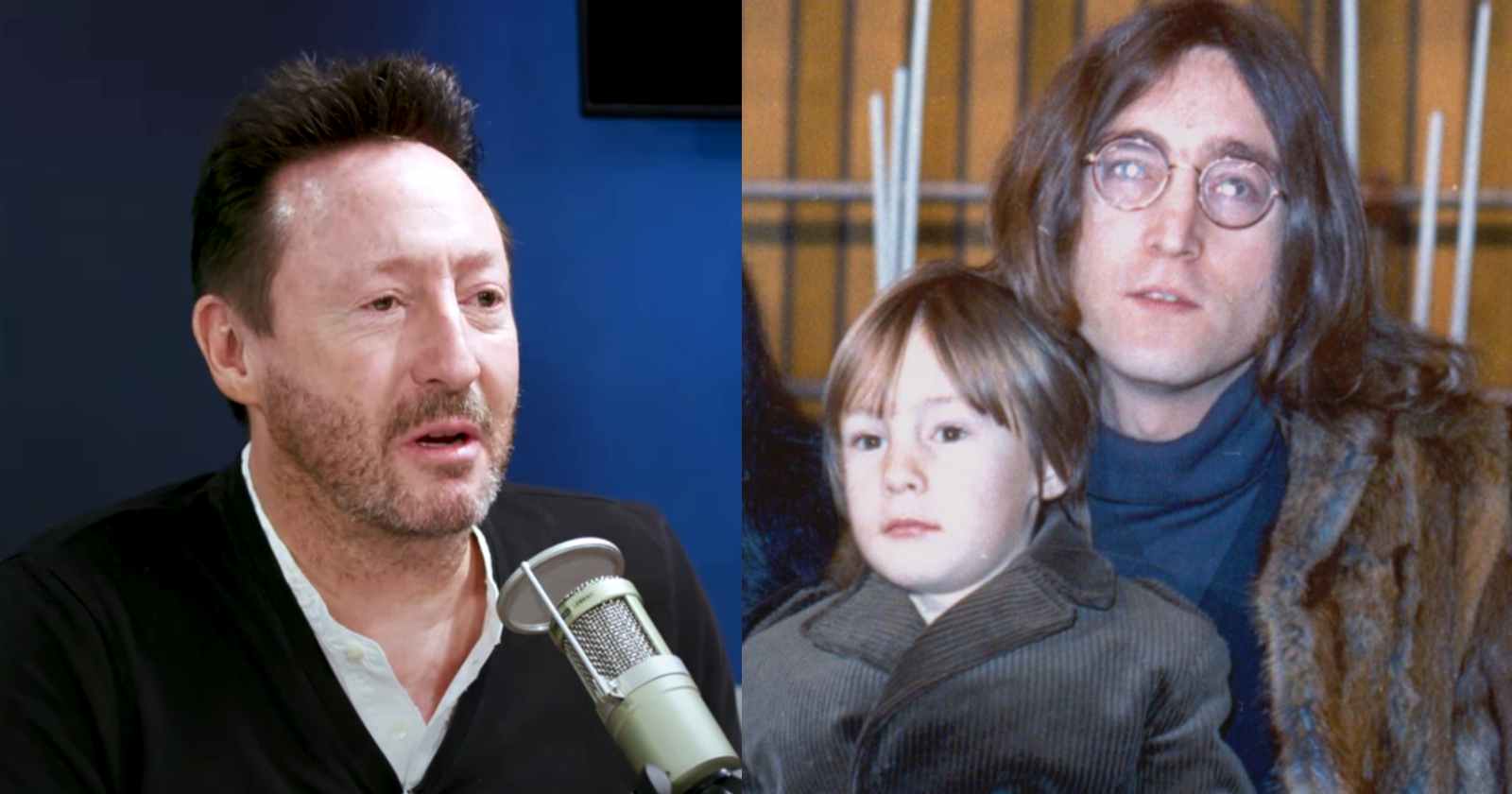 Julian Lennon (59), the oldest son of John Lennon revealed in an interview with Word in Your Ear (Transcribed by People.com) that he legally changed his name in 2020 to avoid jokes especially in airports. His name was originally John Charles Julian Lennon and he changed it to Julian Charles John Lennon.

Julian Lennon explains why he recently legally changed his name:

“It was in 2020, just before we all got locked in a cage that I finally actually decided to legally change my name by default. Because originally my name was John Charles Julian Lennon. The crap that I had to deal with when traveling and security companies and this and that and the other.”

“Whenever you had to present yourself, especially on like boarding passes, just as an example. You know they only use your first name. So it would always be ‘John Lennon, John Lennon'”.

“I became quite fearful and anxious about those scenarios, because there would always be wise cracks or jokes. Most of the time people didn’t even recognize me.”

“It became really uncomfortable over the years because I’ve always been known as Julian. So it (being called John) never felt like it was me. So finally I just decided in 2020, ‘Yeah, I wanna be me now. This is it, it’s time for a change.'”

Julian’s relationship with his father wasn’t not perfect

Julian’s relationship with his father was never good and they spent a long time without seeing each other. Paul McCartney even wrote The Beatles‘ classic song “Hey Jude” inspired by Julian’s sadness when his father and mother got divorced.

In an interview with BBC Radio 4 show “Inheritance Tracks” back in 2011 (Transcribed by Rock and Roll Garage), Julian Lennon talked his relationship with his father, saying: “(My) relationship with dad was very few far between, really. There are fond flashes of memories. I just remember sitting on a roof with him before mom and dad separated, looking at the sun going down because we’ve made a balsa wood plane with the rubber band that you’ve wined of flick around and wind up up with your hand and flying those off the roof. It’s simple moments like that. Sadly too few.”

“It was probably only on later life when I was just entering my teens that I’d become much more aware of who I was. Also how people felt about me. I just recall one school that I went to in the north in Hoylake. On the first day in school the head teacher introduces me to whole school as John Lennon’s son. Imagine what I had to deal with that scenario. Everybody felt that I had money in the bank, that we were rich, this that and the other. That was never, ever the case, you know,” Julian Lennon said.