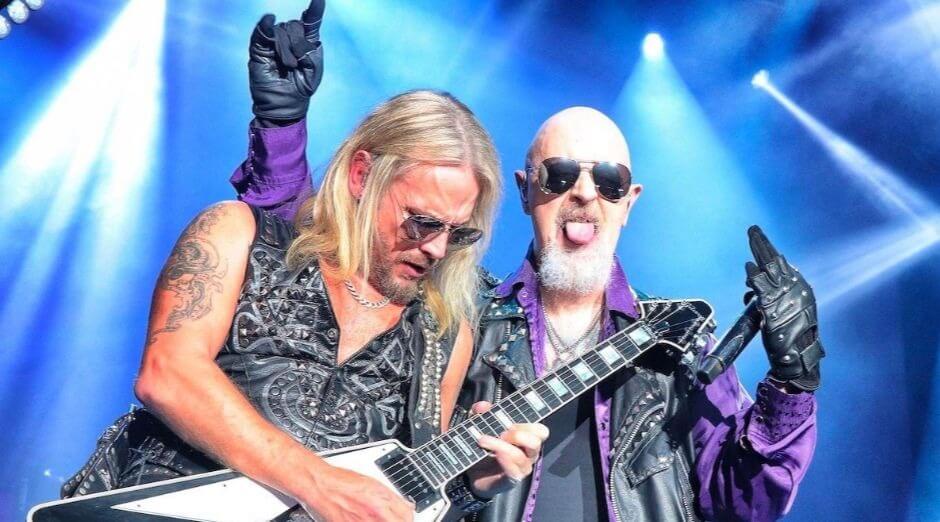 After announcing that they would tour as four-piece band with only the guitarist Richie Faulkner, Judas Priest that is known for the guitar harmonies between two guitarists announced that they changed their minds and that the group will have Andy Sneap back again and they will tour with two guitarists. Sneap is the band’s producer that became a touring member since 2018, when Glenn Tipton announced he couldn’t tour anymore due to Parkinson’s disease.

Judas Priest announcement that they changed the decision and that they will tour with two guitarists:

“Hello metal maniacs…given all that has recently evolved and transpired we have decided unanimously as a band to continue our live shows unchanged with Rob, Ian [Hill, bass], Richie [Faulkner, guitar], Scott [Travis, drums], Andy and Glenn [Tipton, guitar] joining us whenever he’s able…so see you all soon as we forge ahead celebrating 50 massive heavy metal years of JUDAS PRIEST together!” Judas Priest said.

This move shows again that the band is not open to invite the original guitarist K.K Downing that already said many times over the years after he announced his retirement that he would be instered in joining them again (He has his own band now KK’ Priest with Ex-Judas singer Tim “Ripper” Owens). Richie Faulkner that replaced Downing back in 2011 suffered an “aortic aneurysm” on stage back in September 27, 2021 but it’s now recovered to get back on tour.