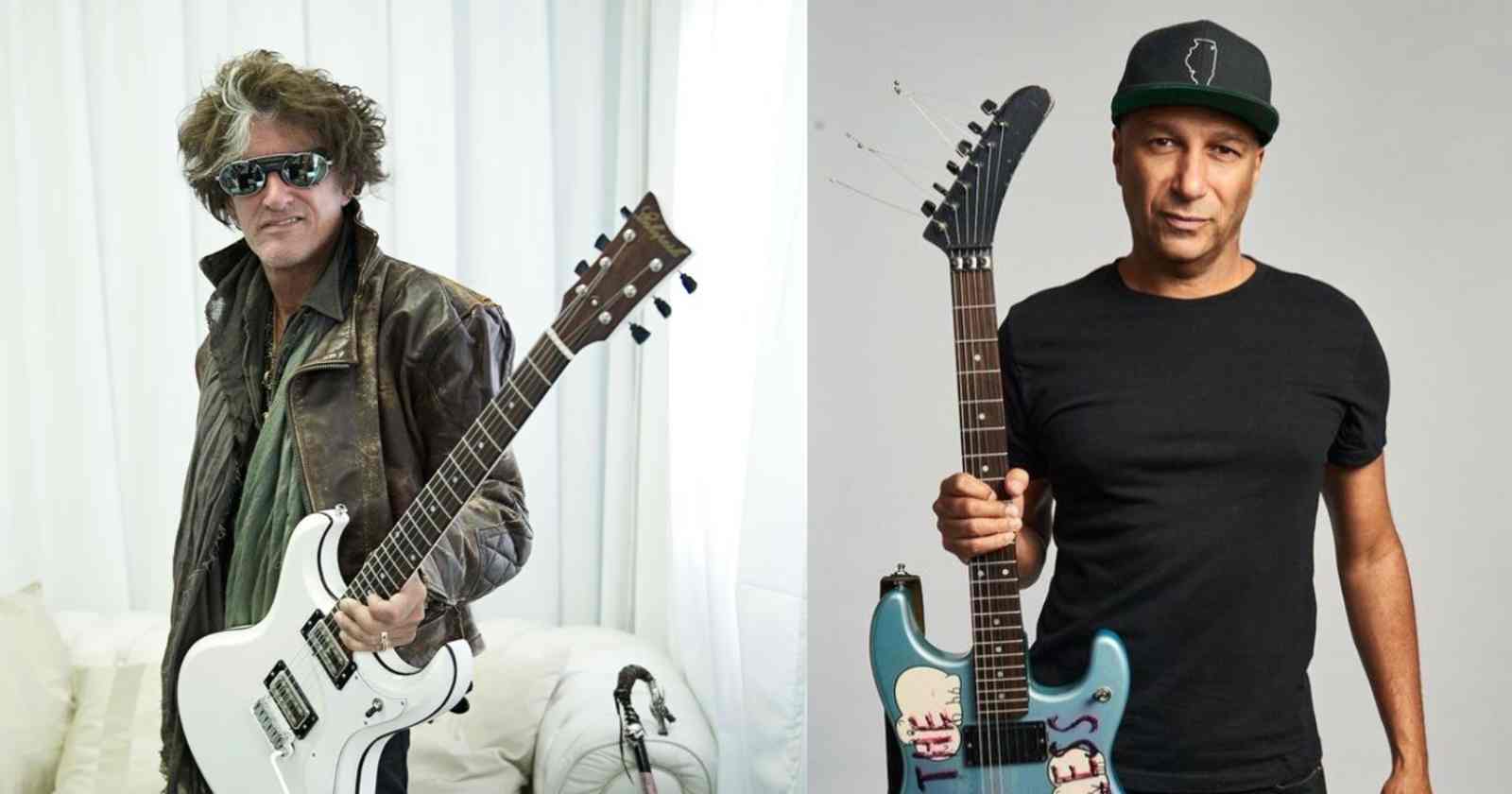 Formed back in 1991 in Los Angeles, California, Rage Against The Machine has a sound that mixes Metal, Rap, Funk and Alternative music. This unique approach helped them to become one of the most influential Rock and Roll bands from the 90s. Over the years many famous musicians gave their opinion on the group. One of them is the legendary Aerosmith guitarist Joe Perry.

What is Joe Perry’s opinion on Rage Against The Machine

In a conversation with Guitar World back in 2013 the Aerosmith guitarist Joe Perry talked about some of his favorites songs of all time. One of them is Rage Agains The Machine’s “Killing In The Name”. The song is featured on the band’s self-titled debut album released in 1992.

“I don’t go anywhere without this record because it rocks and has got so much funk on it. I’ve seen them play live a few times. They really put it across. They make you believe. When Tom Morello picks up the guitar, I’m sure what he sees is totally different from what I do. But I love the way he plays. I’ve only heard him play two traditional solos with notes strung together.”

“Mostly he creates these amazing sounds that totally support the music. They’re nice guy. But on stage they put on a seething show. If they’d been around in 1968, they’d have caused a lot of riots,” Joe Perry said.

The album that Joe Perry likes so much also had other notable tracks like “Bullet In The Head”, Know Your Enemy” that featured Tool’s Maynard James Keenan and “Wake Up”, song used in the ending credits of the 1999 award-winning movie “Matrix”.

The last studio album released by the group was the covers record “Renegades” (2000). In the same year the band came to an end and Morello, Wilk and Commerford formed the also successful group Audioslave with Soundgarden‘s Chris Cornell on vocals. Rage Against The Machine reunited again from 2007 to 2011. Then the same Audioslave trio created the band Prophets Of Rage, that also had members of Public Enemy, B-Real and Cypress Hill. The project is currently on hold since Rage Against The Machine is reunited and touring.

The praised Rage Against The Machine guitarist Tom Morello is also a big fan of Aerosmith and Joe Perry. Back in September 2020 he wished a happy birthday to Perry on his Instagram page and wrote an emotional message saying how much he was influenced by the guitarist. “As a kid I would sit in class daydreaming about which side of Aerosmith ‘Rocks’ I would play the second I got home from school. Not hearing a word the teacher said. Somehow I magically teleported into a life where I got me meet and jam with @joeperryofficial. Happy 70th birthday, Joe. You are one of the all time greats. Lotsa love and thanks for all that phenomenal rock n roll,” Tom Morello said.

During a conversation with Extreme guitarist Nuno Bettencourt and Rob Zombie guitarist John 5 back in 2020 on his Maximum Firepower podcast, Tom Morello discussed with them the two Aerosmith guitarists. The trio talked about how it’s difficult to know if it is Joe Perry or Brad Whitford that is performing a guitar solo in a particular song on the albums. They also said that when they get to see the band live they are usually surprised to know that for an example, Whitford is the one who plays the solo they love and thought it was done by Perry.

Formed in Boston back in 1970, Aerosmith became one of the most successful American bands of all time. They have sold an estimated amount of more than 150 million records worldwide. 85 million only in the United States. They also were inducted into the Rock and Roll Hall Of Fame back in 2001.