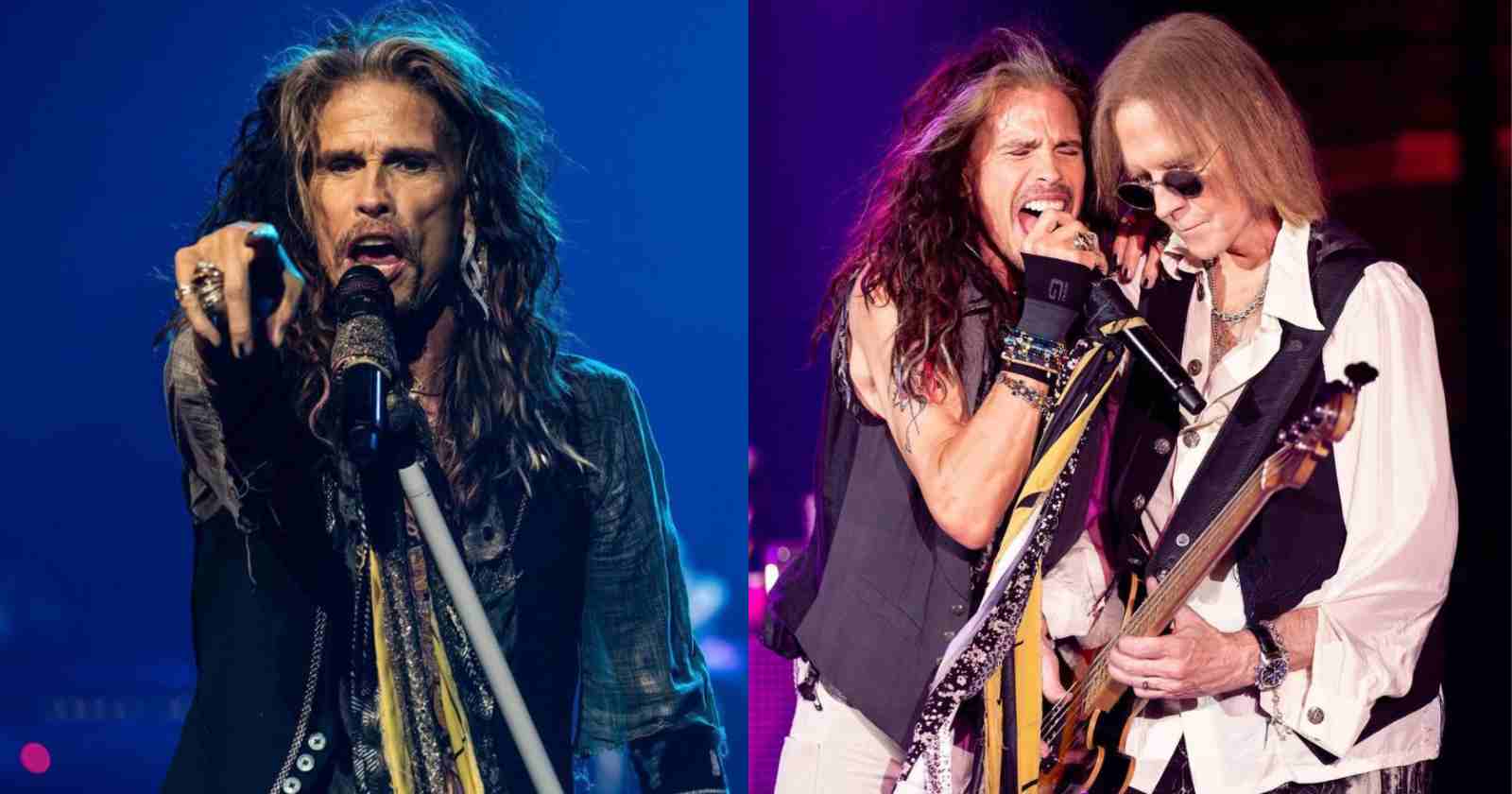 Formed in Boston, Massachusetts back in 1970, Aerosmith is one of the few American bands that were able to reinvent themselves to have incredible success especially in the 70s, 80s and 90s. During their first decade in the business, the group had a sound more close to Blues and Hard Rock, later on in the 80s and 90s evolving that same kind a sound to a more Pop approach, writing more ballads, what took them to the mainstream and made them one of the biggest bands of all time.

With more than 150 million records sold worlwide, they are not only the best-selling American Hard Rock band of all time, but also one of the best-selling groups in history. With an extensive catalog, it’s not easy for the band members to choose a favorite but in an interview with Uncut magazine back in 2007, the vocalist Steven Tyler listed 3 albums that he considered as some of the best that the band ever recorded. Rock and Roll Garage selected what the musician said about records over the years and the history behind them.

In a conversation with Classic Rock back in 2016, Steven Tyler recalled the importance of the album, saying it was a statement of logevity for the band: “Toys In The Attic was where I knew we’d made it. [With that title] I was the kid who put my initials in the rock ’cos I wanted the aliens to know I was there.”

“It’s a statement of longevity. The record will be played long after you’re dead. Our records would be up there in the attic, too, with the things that you loved and never wanted to forget. And to me, Aerosmith was becoming that. I knew how The Beatles, The Animals and The Kinks did it with lyrics and titles. I saw reason and rhyme in all the lunacy that we were concocting.”

Aerosmith’s third studio album, “Toys in the Attic” is one of their most praised works. Also is their most successful studio record in the United States with more than 9 million copies sold. Besides the title-track the record has hits like “Walk This Way”, “Sweet Emotion”, “No More No More” and “Adam’s Apple”.

In his Rock and Roll memoir “Does The Noise In My Head Bother You?“, Steven Tyler called the track “Nobody’s Fault” from the 1976 “Rocks” album as one of the highlights of his career. He co-wrote the song with guitarist Brad Whitford.

The follow-up of “Toys In the Attic”, “Rocks” also became a classic album from the group. The record that is known for his raw sound has tracks like “Back in the Saddle”, “Last Child”, “Nobody’s Fault” and “Rats in the Cellar”.

Famous fans of the album

Many famous musicians that appeared in the 80s named this Aerosmith albums as one of their favorites. In an interview with Planet Rock back in 2021 (Transcribed by Rock and Roll Garage), Guns N’ Roses and Velvet Revolver guitarist Slash, said: “We toured with them back in 1989 with Guns N’ Roses. But I’ve been friends with them ever since. I grew up around a lot of music. My parents were a lot Rock and Roll. But when I heard the Aerosmith ‘Rocks’ (1976) record that was the catalyst for what I do now. So I give them all the credit for that.”

Metallica‘s frontman James Hetfield is another huge fan of the album and back in 2002 at the MTV Icon (Transcribed by Rock and Roll Garage), he praised the record, saying: “I would just like to close my eyes and imagine myself in my room as that teenager listening to ‘Toys In The Attic’ and ‘Rocks’. Playing them to the grooves were worn out. Listening to every Brad and Joe lick toward the very end. I could sing every one of those things.”

“I would turn them up so loud to get every last note that the next song would scare the hell out at me. Especially little things like before my favorite song ‘Nobody’s Fault’, someone walked in the studio and I heard a door. I simply thought that was so cool, ‘they didn’t take that out!’” James Hetfield said.

In an interview for the documentary “The Making of Pump” released in 1990, Steven Tyler talked about the making of the album, saying (Transcribed by Rock and Roll Garage): “We just jammed and wailed. (But) when we got on a groove that was it, because that’s what we wanted more than anything else on this album was to have a lot of Aerosmith grooves that we could take to the stage. (Also) not be pretentious, not be the commercial hit and what everybody was waiting for. Just a little bit more of that sawtooth edge that Aerosmith was known for,” Steven Tyler said.

Their second best-selling album in the United States, “Pump” is one of the most famous records of the group. During that era they changed their raw sound to a more commercial approach on Blues and Hard Rock music. It has songs like “Young Lust”, “Janie’s Got a Gun”, “Love in an Elevator” and “What It Takes”.