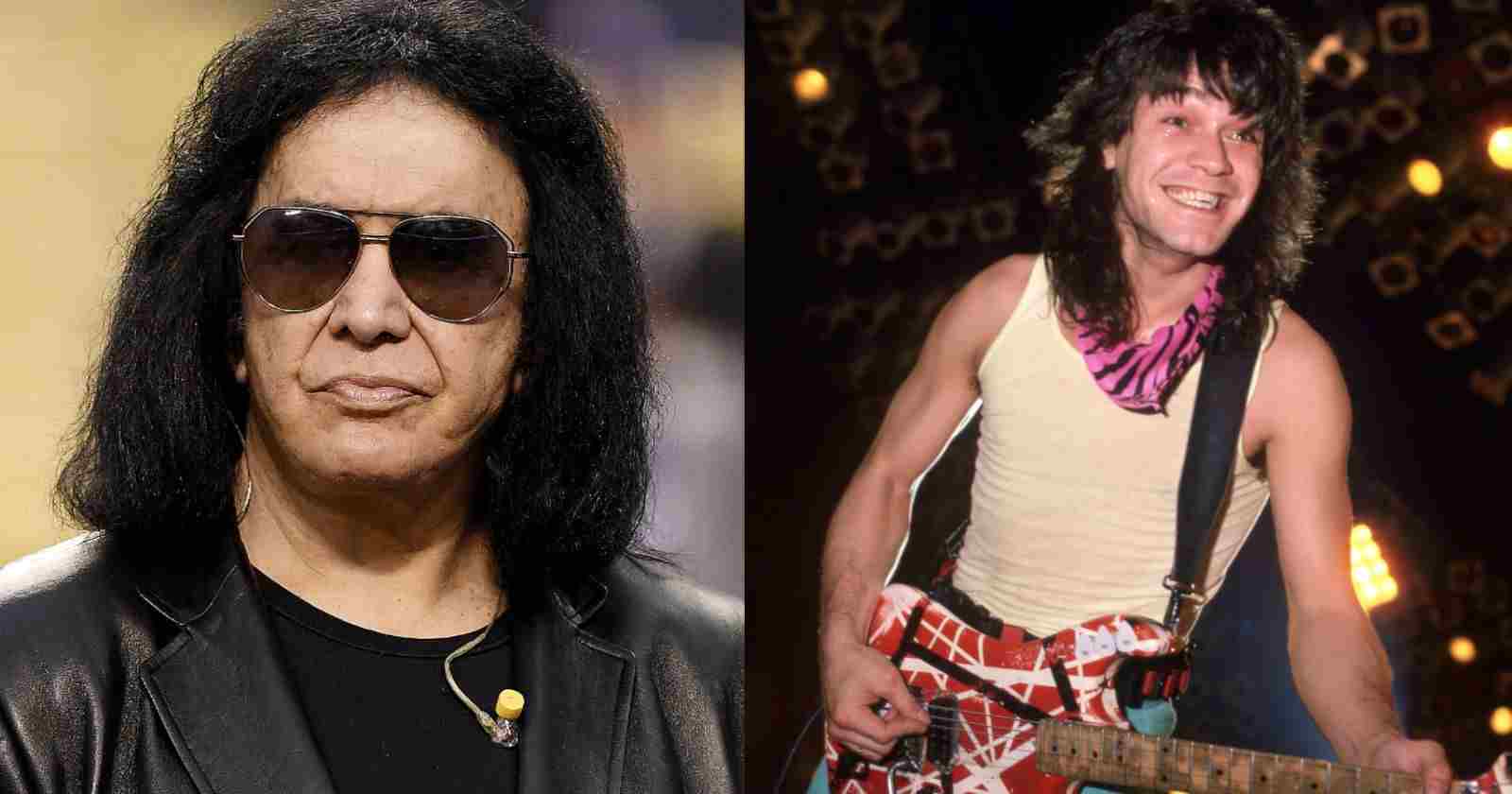 Kiss bassist and singer Gene Simmons was one of the people that helped Van Halen at the beginning of their career, even helping them to record a demo. The musician revealed in an interview with Guitar World some of his favorite Van Halen songs.

Gene Simmons (Kiss) said about some of his favorite Van Halen songs:

“My favorite Van Halen song of all time is that unreleased House of Pain. There’s nothing better, and that includes Eruption. That thing is like a locomotive that’s going down the track without being able to stop.”

“I love Jamie’s Cryin’ because of that hook. Which, of course, was sampled by Tone Lōc. The funny thing is the other song Tone Lōc sampled was [Kiss’s] Christine Sixteen, which also connects to Eddie and Alex [Van Halen], because they were with me in the studio doing the original demo.”

“In fact, Edward’s solo on that – one take – was so good that when Kiss went to re-record the song I forced Ace [Frehley] to copy it note-for-note. He hated that. Not since Hendrix did anyone change the game like Edward. But don’t kid yourself – it wasn’t just his guitar.”

“Those are legitimate songs. It’s great, classic songwriting. And besides being a monster on his instrument, there was such a pure soul in there. None of that ego stuff. Even when you see the videos of him onstage, when he solos, he looks like he’s in heaven. He’s smiling his face off while he’s just destroying the fretboard. When I heard Edward had passed, the image I got in my head was a big smile.”

In the same interview, the musician also recalled how he helped the band to record their first demo after seeing them play at a pub:

“Now, lots of people say, “Hey man, you discovered Van Halen.” I did no fucking such thing, okay? That first person who looks up and sees Mount Vesuvius can’t say they discovered Mount Vesuvius. It’s always been there. You just happened to be the person that came by and said, “Look at that!” When Kiss went back out on the road about a year later, we turned on the radio and what did we hear? Da-da-da da-da [sings the riff from You Really Got Me].”

“I’ll tell you, one of the most satisfying things in life is to turn around to everybody and say, “I told you so…”