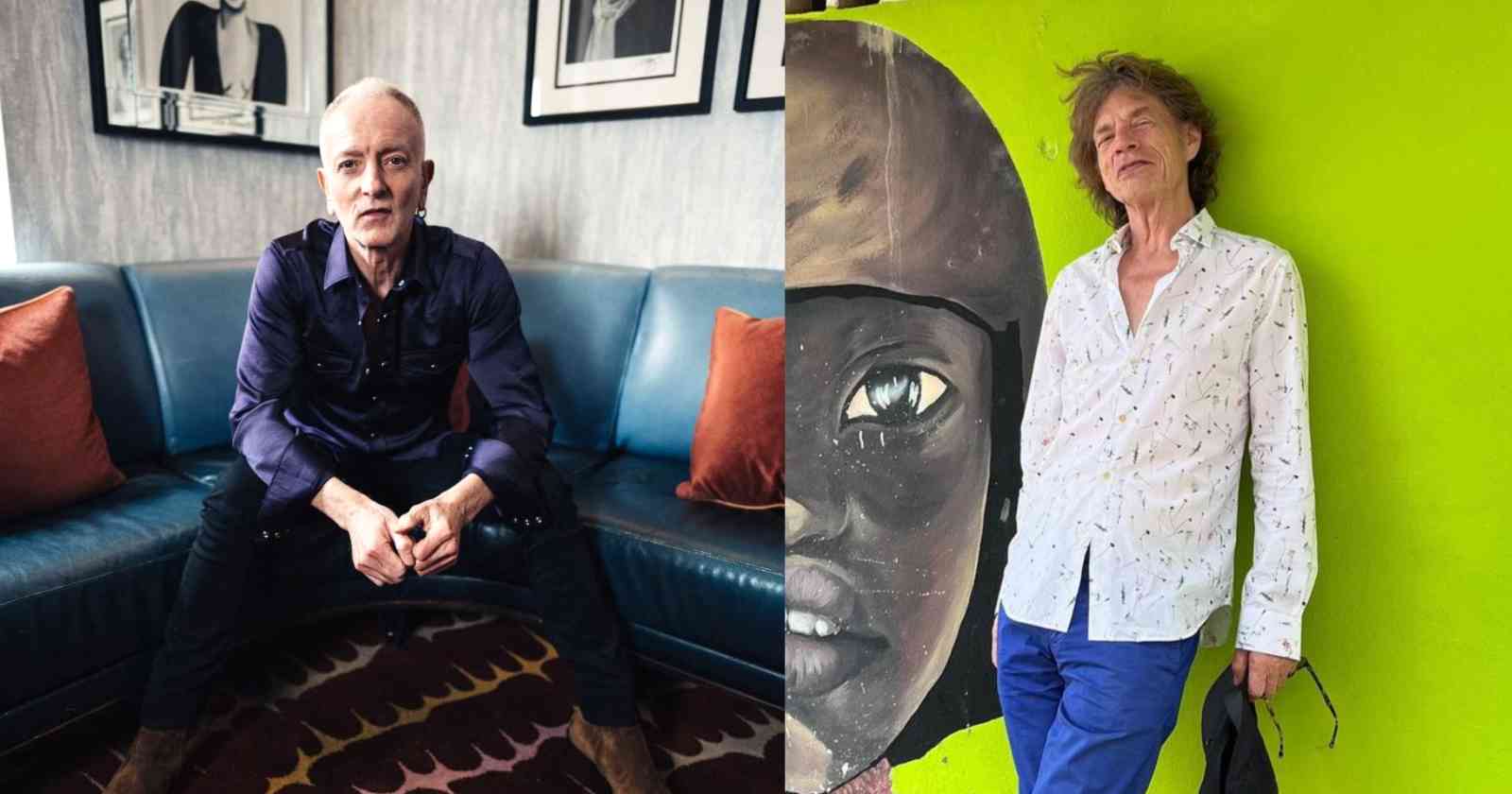 The Def Leppard guitarist Phil Collen chose in an interview with BBC on the The Rock Show with Johnnie Walker (Transcribed by Rock and Roll Garage) the legendary Rolling Stones vocalist Mick Jagger as his Rock God and explained why he like him so much. The musician also recalled that he had the chance to be with Jagger and Jeff Beck in the studio when they were recording Jagger’s solo studio album back in the 80s.

Born in Hackney, London back in 1957, Phil Collen joined in 1982 after the band had already two studio albums. His debut as the group’s guitarist was on the successful 1983 album “Pyromania” that had hits like “Rock! Rock! (Till You Drop)”, “Photograph”, “Too Late for Love”, “Foolin'” and “Rock of Ages”.

“A lot of English bands sing with American accents, we kinda learned that from American pop culture, but I think that Mick Jagger was the gateway or the bridge that kind of influenced everyone who sings Rock music. Mick Jagger and the Stones kind of hit on that very early on and made it their own Rolling Stones thing. The songwriting, you know. Songs like ‘Sympathy For The Devil’, when you first hear is haunting. I was totally influenced by that, still am. I have a funny story, actually about Mick Jagger.”

“We were recording our Hysteria (1987) album in the mid 80s in Holland. Jeff Beck was playing guitar for Mick Jagger on his new solo album. I was sneaking around, trying to listen through the door and if you ever seen a studio door, you can’t even hear there, they are like a bank vault. All of a sudden the door opened up, it’s Mick Jagger. He is like ‘Hey man, yeah, yeah man, come on in. I went in and sat on the couch, there is Jeff Beck playing guitar, it was amazing, and there’s Mick Jagger actually singing in front of me.”

“It was like surreal, he was actually doing a live vocal to one of the songs in the control room. It was such an amazing moment for me and you’re always scared to meet your idols in case they disappoint, but he really didn’t. For lots of reasons, you know, that’s my Rock God,” Phil Collen said.