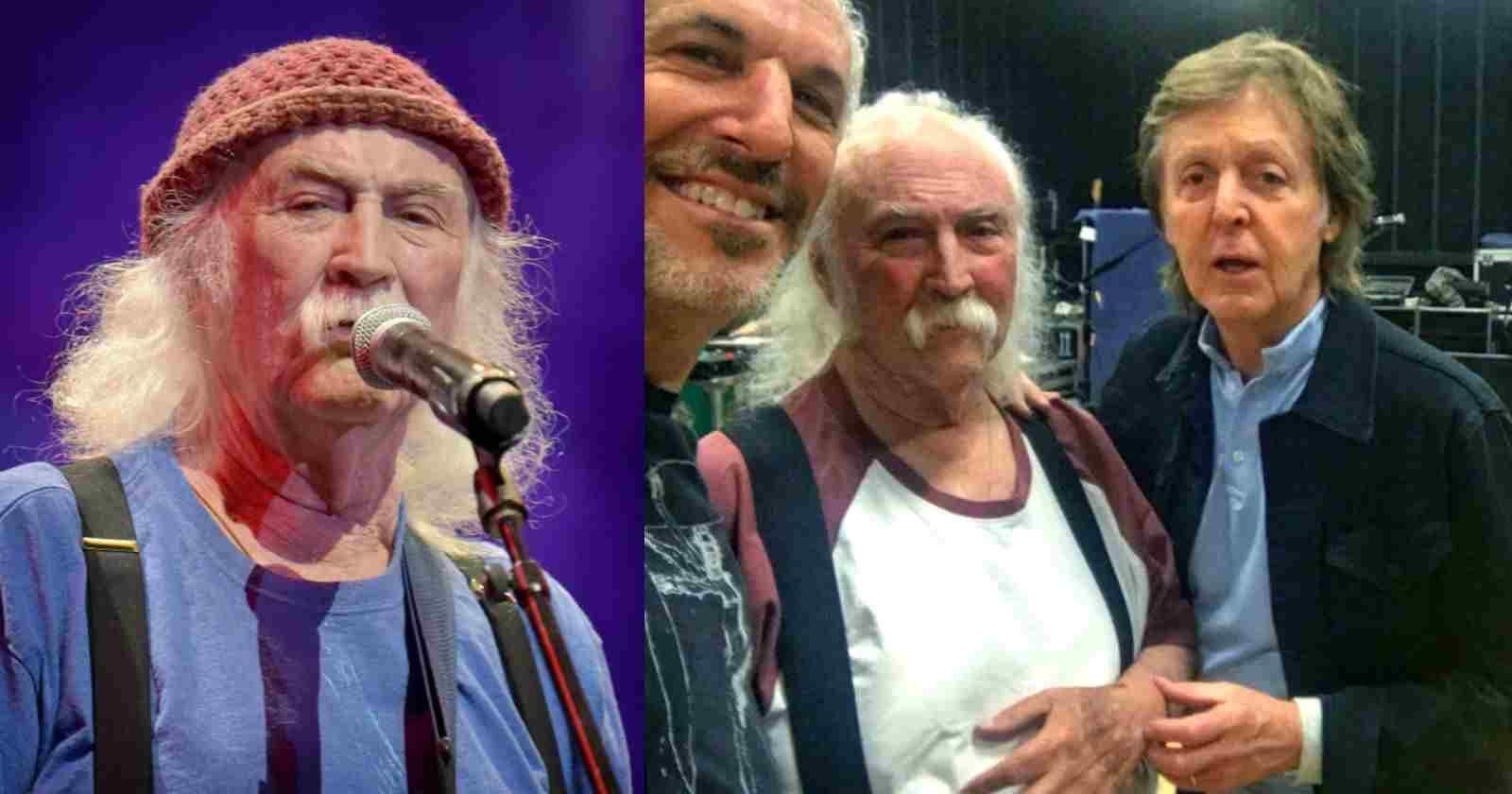 David Crosby said in an interview with Rolling Stone magazine in which side he is in the battle between the Beatles and Rolling Stones. The musician is famous for his work with “The Byrds” and “Crosby, Stills & Nash”.

David Crosby says which one is better: Beatles or Rolling Stones:

I’ve heard you talk about knowing all the great songwriters of your generation and how hard they worked. But how do you know? Did you live with them? Are you just talking out your ass?

“No, I know these people. I mean, Joni Mitchell, probably the best singer-songwriter of our generation, was my lady. We lived together for about a year and I produced her first record. I brought her to California, introduced her to everybody, said, ‘Hey, this is the best songwriter I ever heard.’ And it’s pretty much the same with the others.”

“James Taylor, my good friend, Bob Dylan, who is my good friend, Paul Simon, Paul McCartney, Randy Newman, Shawn Colvin, Marc Cohn, Jackson Browne, Neil [Young] and Stephen [Stills], and Graham [Nash]… They’re all good writers, you know? So, yeah, I do think I do know most of the good songwriters of our generation. And I think I’m a fair judge of them.”

“OK, this one’s fairly simple. You have a certain amount of time. You don’t know how much. Maybe I’ve got two weeks; maybe I’ve got two years – maybe I got 20 years! The question is not how much time you have, the question is what are you gonna do with that time. It seems to me that if you spend that time agonizing over the fact that you’re gonna die, you’re wasting that time.”

“If you spend that time doing everything you can to be happy, to help other people, to create, to make new things – to make anything better for anybody – if you spend your time doing positive stuff like that, then the time that you have left – whatever amount it is – will be well-spent. And that I think is the key.”

“If you try that really hard – try to stay positive and try to think about today and the fact that you may die tomorrow buy you’ve got today, so why don’t you use the heck out of today? That’s a good idea. That’s how I see it.”

Crosby joined the Byrds in 1964. The band gave Bob Dylan his first number one hit in April 1965 with “Mr. Tambourine Man”. Crosby appeared on the Byrds’ first five albums and produced the original lineup’s 1973 reunion album. In 1967 he joined Buffalo Springfield on stage at the Monterey Pop Festival, which contributed to his dismissal from the Byrds. He subsequently formed Crosby, Stills & Nash in 1968 with Stephen Stills (of Buffalo Springfield) and Graham Nash of the Hollies.

After the release of their debut album CSN won the Grammy Award for Best New Artist of 1969. Neil Young joined the group for live appearances, their second concert being Woodstock, before recording their second album Déjà Vu. Meant to be a group that could collaborate freely, Crosby and Nash recorded three gold albums in the 1970s, while the core trio of CSN remained active from 1976 until 2016. CSNY reunions took place in each decade from the 1970s through the 2000s.