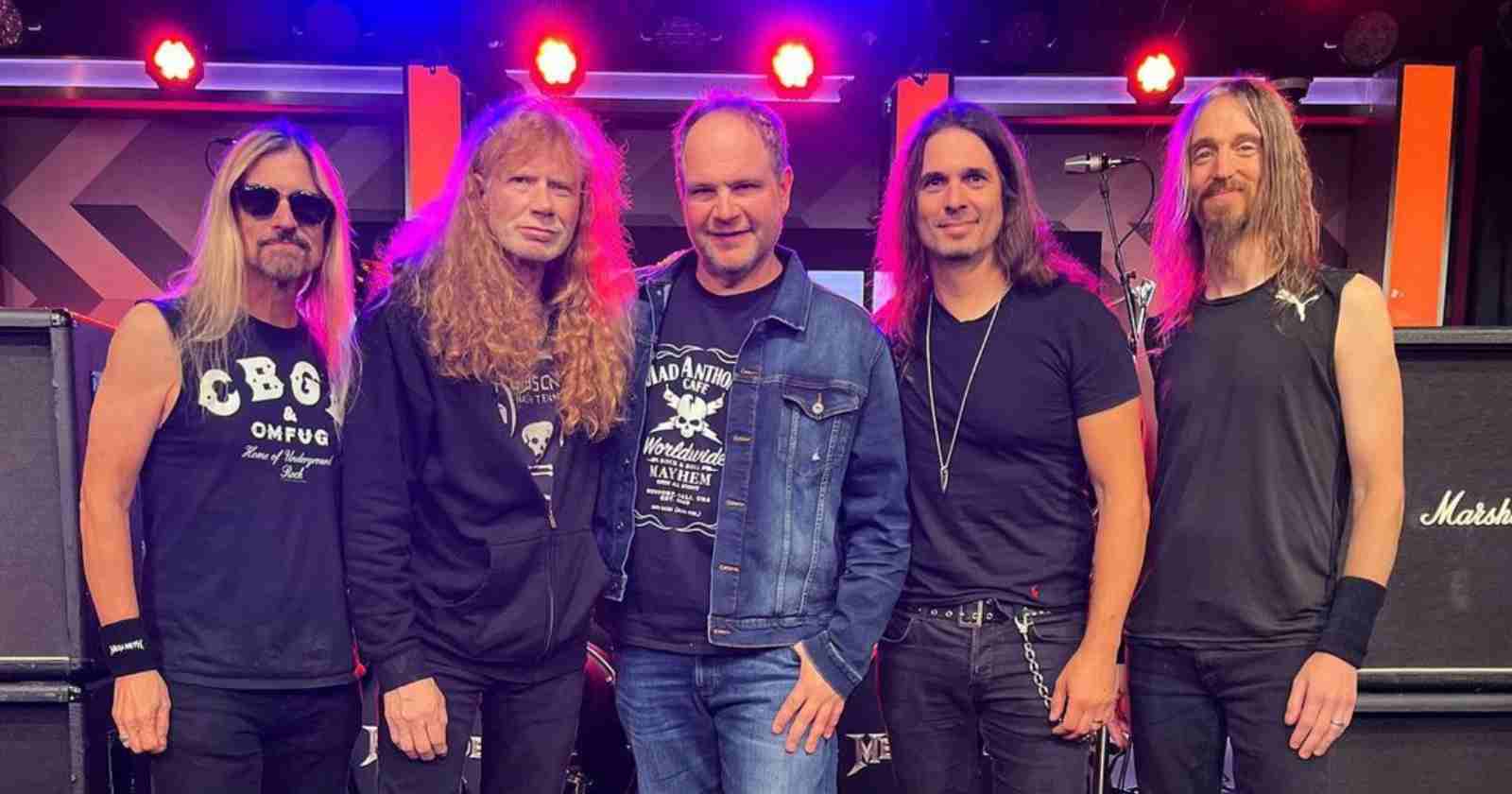 Guitarist and singer Dave Mustaine founded Megadeth in 1983 and since then he has been the only constant member of the band. Over the decades many line-up changes happened and the musician explained in an interview with Chris Jericho (Transcribed by Blabbermouth) his view on why bands change their members over the years.

“I’ve always tried to paint the picture, the dynamic, I think, with the band. Sometimes the success of the band is based on the makeup of the pyramid of the band. You’ve got your marquee player, much like in hockey you’ve got your goal scorer. And then you’ve got your B-grade players — usually your supporting cast. And then your C-grade players, your defensemen, and then D grade, which are your grinders, your utility players. Establishing that hierarchy around your franchise player is what the success of the team is built on.”

“If you have several stars in the band, there’s a good chance they’re gonna stick together the whole time, and there’s a good chance that you’re gonna go on to superstardom. If you’re a superstar, you don’t really need a band. You want a band sometimes. You find people you really like, but they don’t always keep pace. And it’s very much like being a wagon train. You can’t have an ox next to a horse [pulling the wagon train]. They’re unevenly paired up.”

“I don’t know if you’ve had to make any of those terrible things we call lineup changes. The worst part is when you have to make a lineup change with a friend,” Dave said. “Like if you are playing in a band and you put it together with high school mates and you have to say goodbye to somebody, that’s always painful.”

“The thing I’ve always said is if you get in a band with a friend, prepare to lose both. I think when you have to say goodbye to those guys, a lot of times the friendship is over. So that’s a caveat for young musicians. If you hire somebody based on their ability to play, then you don’t ever have to explain to anybody why you got a bad bass player? ‘Well, he’s dating my sister.’ ‘Well, great. He sucks. He can’t even play ‘Dazed And Confused’.”

Since it’s foundation, Megadeth had 9 line-up changes and the musicians who were already part of the band are:

Megadeth is currently on tour promoting their latest album “The Sick, The Dying… And The Dead!” that will be released next September 2. The band’s current line-up has Dave Mustaine (Guitar and vocals), Kiko Loureiro (Guitar), James Lo Menzo (Bass) and Dirk Verbeuren (Drums).