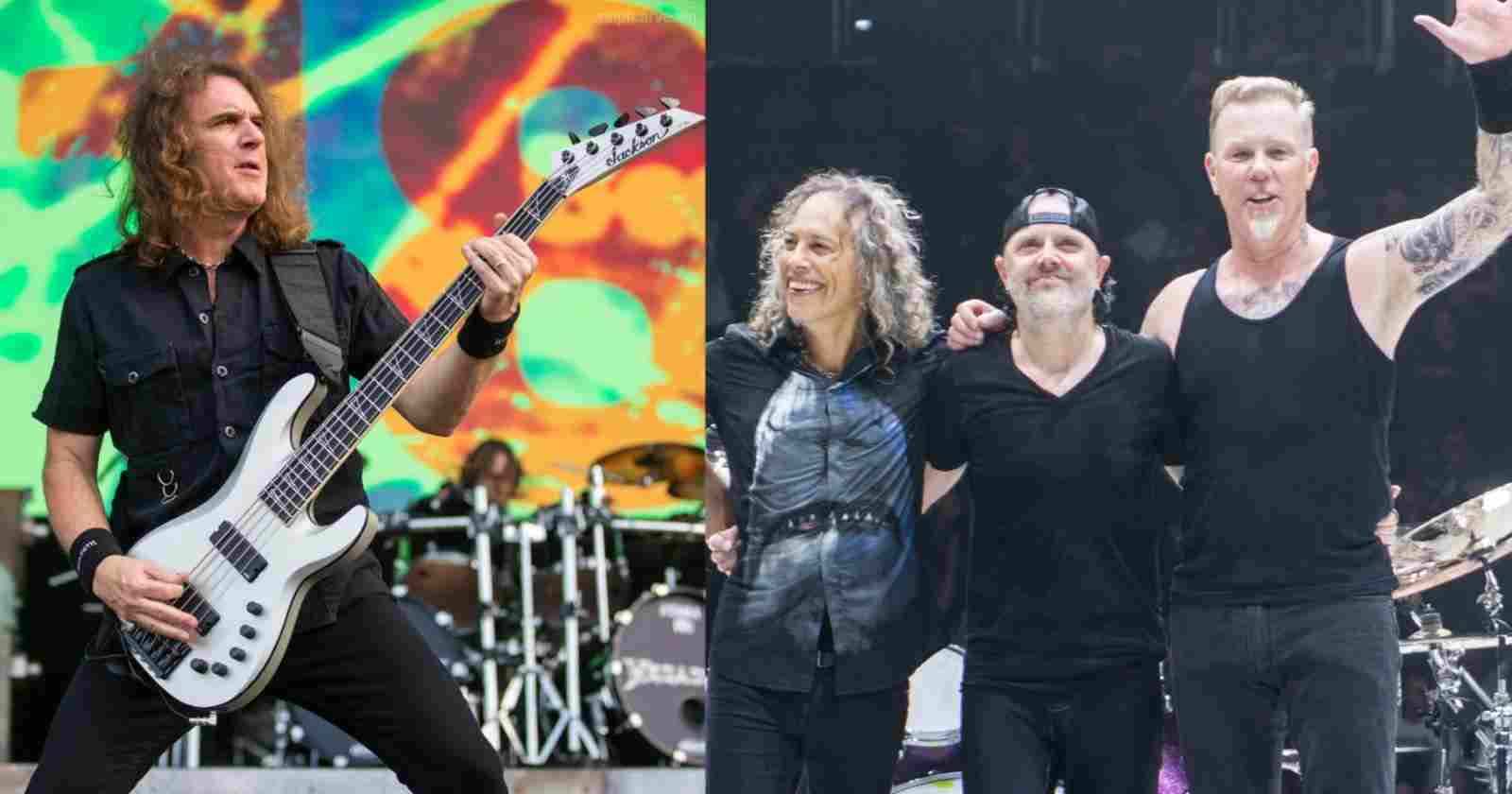 Megadeth bassist David Ellefson gave his opinion on Metallica in an interview with Rock N’ Roll Icons. His bandmate, Dave Mustaine was Metallica guitarist until he was fired, what made him create Megadeth.

“I love Metallica. I’m a fan of theirs, have been from day one. When I met Dave (Mustaine), I’ve never heard of Metallica. So I was introduced to them through [the 1982 demo] ‘No Life ‘Til Leather’ through him – both his songs and the other songs, I like what they do, yeah.”

“I can just speak for Megadeth, we have always had a pretty deep level of musical proficiency from the very first recording lineup with Gar [Samuelson, drums] and Chris [Poland, guitar], they were extraordinary players.”

“The dye has been cast from the beginning with that level. All the guitar players that have come along have been incredibly gifted players – drummers, the same thing. So it’s nice that whatever we write we can play, that if we can think it, we can play it and make it a reality.””

Dave said that he thinks the new album is right up there with ‘Countdown’ and ‘Peace Sells’ and ‘Dystopia,’ he set the bar pretty high.

“Yeah, I would agree. I mean, look, Megadeth has done a lot of stuff over the years. Some fans go, ‘Oh, dude, make it thrash!’ And we do, ‘Dystopia’ proved that, but you can’t just be a one-trick pony.”

“We’ve never been a one-trick pony, even on earlier records. ‘Killing Is My Business’ started with a piano; ‘Peace Sells’ had a song on it called ‘Good Mourning,’ which went into ‘Black Friday,’ was basically kind of an acoustic guitar bit.”

“We’ve done a lot of different stuff over the years. So with Megadeth, you get a lot of diversity, the musicians that are in the group I think we challenge each other, we raise the bar for each other.”

“It just inspires us to keep creating next-level stuff. So I think that’s kind of the beauty of what you get with Megadeth. You get a lot, you get a pretty big bang for your buck.”