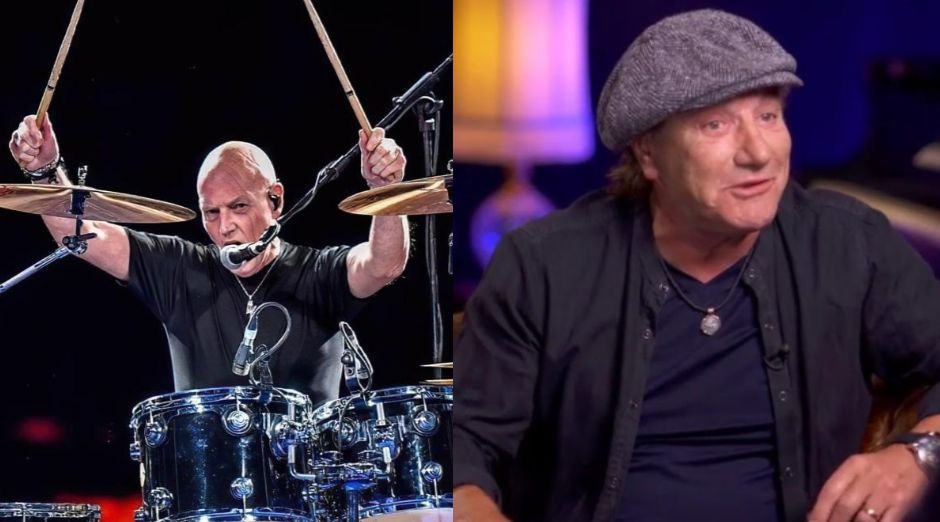 The legendary drummer Chris Slade, famous for playing with Manfred Mann, Uriah Heep, Gary Numan, The Firm, Asia and AC/DC talked in an interview with Sonic Perspectives about when Brian Johnson was fired from the band. The musician revealed that he was in shock when that happened, also revealing how it was to have Axl Rose as the vocalist of the group

Chris Slade said about when Brian Johnson was fired from AC/DC and Axl Rose as the replecement:

“I think Brian was doing the best he possibly could do. I could hear him so well because I was using in-ear monitors. He didn’t sound anything like he thought he sounded. But of course, he felt really bad that he couldn’t do what he considered his best.

“I was shocked when he was no longer around. And I was even more shocked when they said they were trying out Axl Rose. I was like, ‘What?’ Because I heard all the stories.

“Turns out he was the nicest guy, and when he started singing, I didn’t realize that he had that voice. He was phenomenal and could cover all the eras! He was never late for anything as AC/DC goes by the second, not the minute when they start a show.

“Only once did they not start a show on time in 45 years, and I happened to be in the band. It was due to an issue with Angus’ [Young] guitar not being set-up properly. As far as they were concerned, they have never been late on stage.”

I know when you auditioned for AC/DC back in the ’90s, you were convinced on the drive home you didn’t get the gig. At auditions for high-level bands like AC/DC, do you ever get nervous? 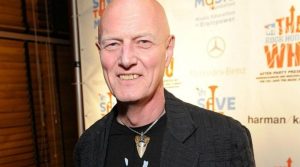 “I wouldn’t say nervous, I would say – apprehensive. I also don’t get stage fright, but I have a big drum kit to hide behind [laughing]. Some people can’t even walk on stage; they have to be thrown on stage.

“There is a big difference between playing drums and walking out naked with all your clothes on to interact with an audience. I was apprehensive, with AC/DC. I thought I played really badly.

“On my way home from the audition, which was an hour ride, I got lost because I was kicking myself thinking, ‘Why did I say that?’ and, ‘Why did you play that?’ By the time I got home, they had called my house and said I got the gig.

“I was the 100th drummer they tried out. I was told by their drum tech, Dick Jones, a few months later, they auditioned drummers from some of the biggest bands in the world.”

What were the songs you played during the audition?

“I remember ‘Back in Black’ and probably ‘Highway to Hell.’ They wanted me to play a brand new song, ‘Rock Your Heart Out’ which is on ‘The Razors Edge’ and I had to learn it on the spot. They told me to take as long as I wanted to learn it.

“It was not a straight forward song because it has the offbeat bass drum coming in. I took 20-30 minutes to get it down. I didn’t want to rush then not know it completely when I had to perform it with them. That would have been terrible,” Chris Slade said.

Is it challenging professionally, or personally, to pick up with AC/DC, where you previously left off?

“It was surprisingly flawless. It’s like, ‘Hi guys, what are we going to play now?’ [Laughs]”

Understanding that AC/DC keeps new albums and touring news close to the vest, can you give an update as the rumors are always flying.

“There are always going to be rumors with AC/DC. The only person who knows what will happen is Angus. It isn’t going to be this year! I can actually say that it will not happen in 2020. [Laughs].”