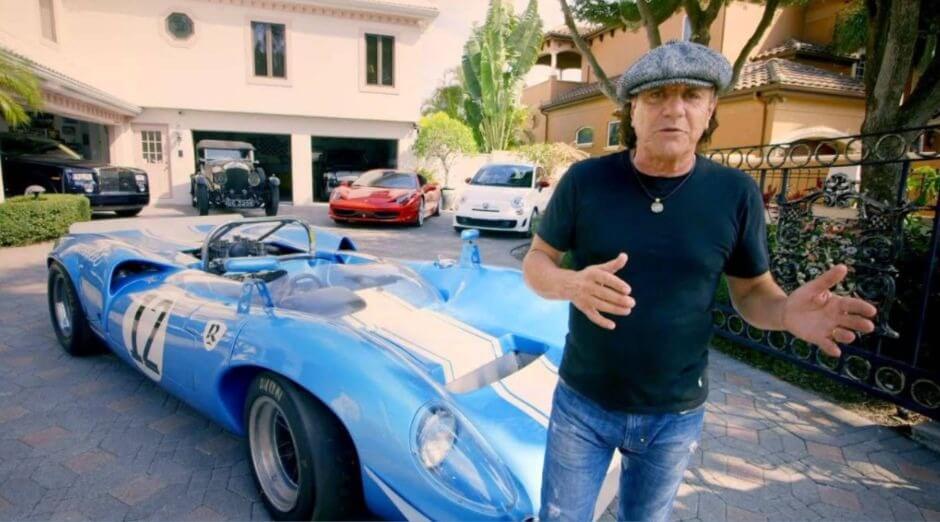 Legendary AC/DC singer Brian Johnson revealed he stole the first album he ever had. He talked about it on the AXS TV show Rock & Roll firsts, recalling that the record was stolen from a store in his hometown, Newcastle, England.

Brian Johnson said about stealing the first album he ever had:

“The first album I bought – well, actually, I stole it, because my girlfriend at the time was in Newcastle and she worked in the record store. And she said, ‘You know what? There’s an album over there that nobody’s buying. It’s awful. If you nick over and stick it up your … .’ So I did, and it was Bob Dylan’s Freewheelin. I walked out of that shop with the biggest nipples in Newcastle. That’s what vinyl did to you!”

“Yeah, I could say we were in the studio doing something,” he said. Then pointed out that he couldn’t give details about his work with the band. The interviewer left for another difficult question: “With Brian [Johnson] singing?”. But Fraser also ran away and just said, “I think so [laughs].”

Broadcaster Eddie Trunk, said on his radio show on SiriusXM that he had a very strong source, which he kept secret. That ensured that the new album had material left by Malcolm Young, which the band would have cut. A kind of tribute record would be released by AC/DC, Trunk commented in a reproduction of his speech by Alternative Nation.

This comment from the broadcaster further fueled speculation. As Brian Johnson reportedly confirmed information about the new album during a meeting at the airport this summer with members of the band Terrorizer.