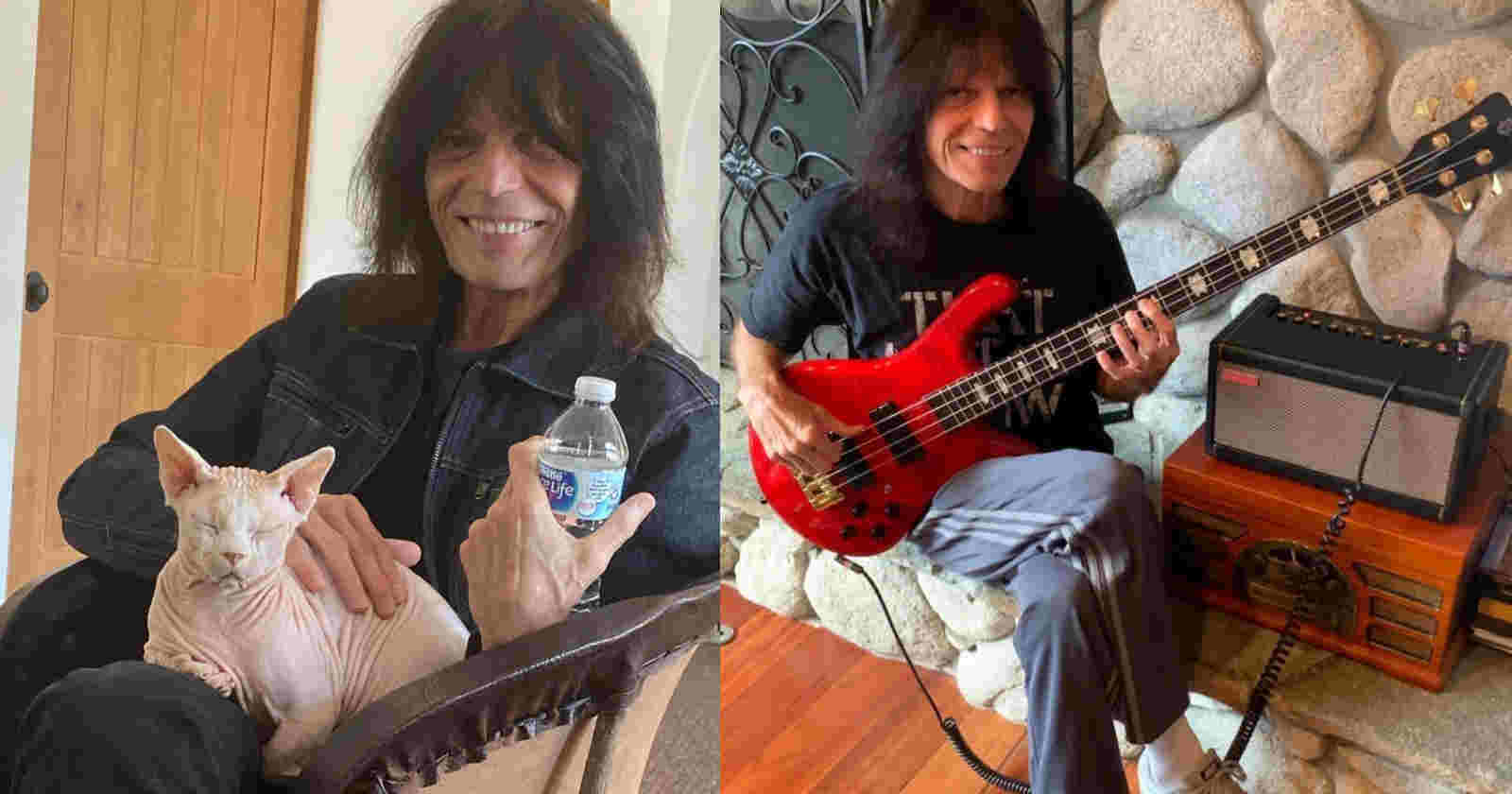 Legendary Bassist Rudy Sarzo, who recently announced his return to Quiet Riot, already made history in Rock and Roll music also performing with Ozzy Osbourne, Quiet Riot, Whitesnake, Blue Öyster Cult and more. In an interview with Rolling Stone magazine, the musician recalled how he started to play music and his influences.

Bassist Rudy Sarzo recalls how he started to play music and his influences:

“I was dabbling in music, as were most kids at that time. There was music in schools. It wasn’t mandatory, but it was a cool hang. If you really want to hang with everyone else, join the marching band. But it wasn’t rock & roll. It was standards. And I struggled with it since it was basically brass instruments and I was an overweight kid and I didn’t have much breath.”

“We were poor, so my parents could only afford to get my brother and I one of anything. If we wanted some roller skates, we’d get a pair and we had to share them. So when it came time to get a guitar, we did the same thing. We bought a Sears catalog Old Kraftsman acoustic guitar. That became our instrument.”

“All I could do was mimic what I saw on TV because I wasn’t getting any lessons. My parents couldn’t afford them. So it was just mimicking, opening my ears. Nobody knew how to tune an instrument back then. It wasn’t like today where we have these little tuners we just click onto guitars. I spent over a decade being out of tune, even playing in clubs.”

Who were some of your biggest influences back then?

“At first, I was playing for all the wrong reasons … and I say that because there was no bigger chick magnet than playing music. I saw the Beatles and I was like, “I want that adulation from the females.” I was not getting it for so many reasons. I was fat and Latino. They just didn’t understand. “Why are you here? What are you guys doing here?” [Laughs.]”

“One thing that I found through the years about racism is that racism is just somebody who has no understanding or perception of what the other human being is all about. At an early age, I understood that. “You know what? Wait until you get to know me. I’m looking forward to getting to know you.” For all my life, I really had practiced that, about me or me towards people of other cultures or religions.”