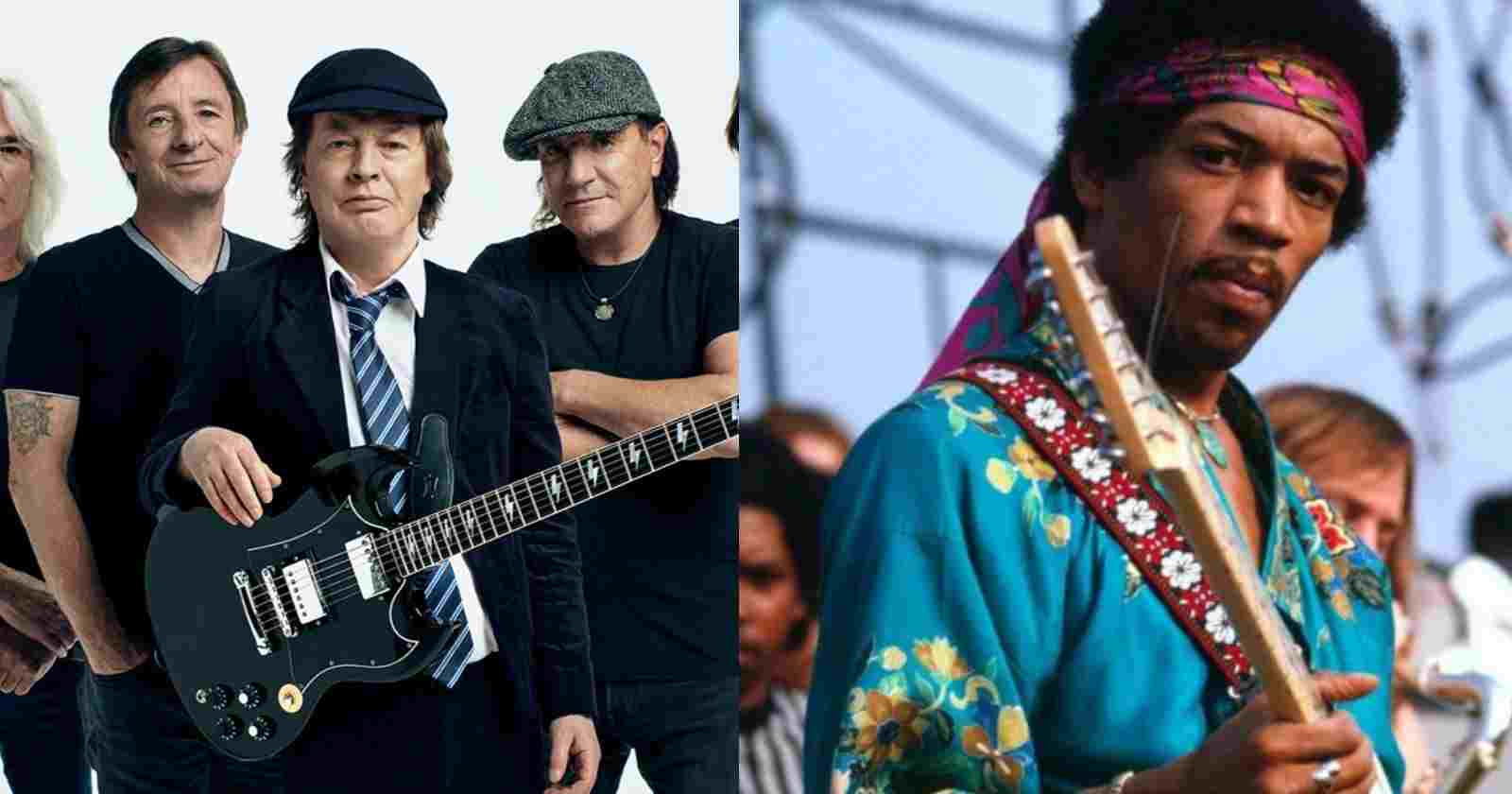 AC/DC guitarist Angus Young talked in an interview with 60 Minutes about how much Jimi Hendrix inspired him when he was a kid. The musician that is promoting the band’s new album “Power Up” said that he would wait until 2 in the morning just to hear a rock and roll radio program.

Angus Young talks about how much Jimi Hendrix inspired him:

“The thing is a lot of what goes in those albums, when we were younger, that’s where a lot of it all goes back to, at that point — like when I was an early teenager; 13 or 14. Music excited me, still at that age. And I think back, in my time, what I liked music-wise, I had to wait up all night. I would be there all night, and then at about two o’clock in the morning, there was a man on the radio, and he would play rock music of this time.”

“He was an American man. I had a little radio, and I would sit there in my bed and wake up just for this guy. There I was. And he would bang out the latest stuff. I heard Hendrix on there, I heard Cream — people like this. And later on, you started to get your Zeppelin’s and bands like this. And especially when Jimi Hendrix, when I heard ‘Purple Haze’, boy, that was it.”

“I was so excited. And then I thought, ‘How am I gonna find out about Jimi Hendrix?’ I was out walking anywhere. I went up to a magazine store, and I’m trying to look if they’ve got a magazine from England, ’cause I knew he was in London. And I found a little picture of this guy with a guitar, and I was going, ‘Wow! I wanna look that cool.'”