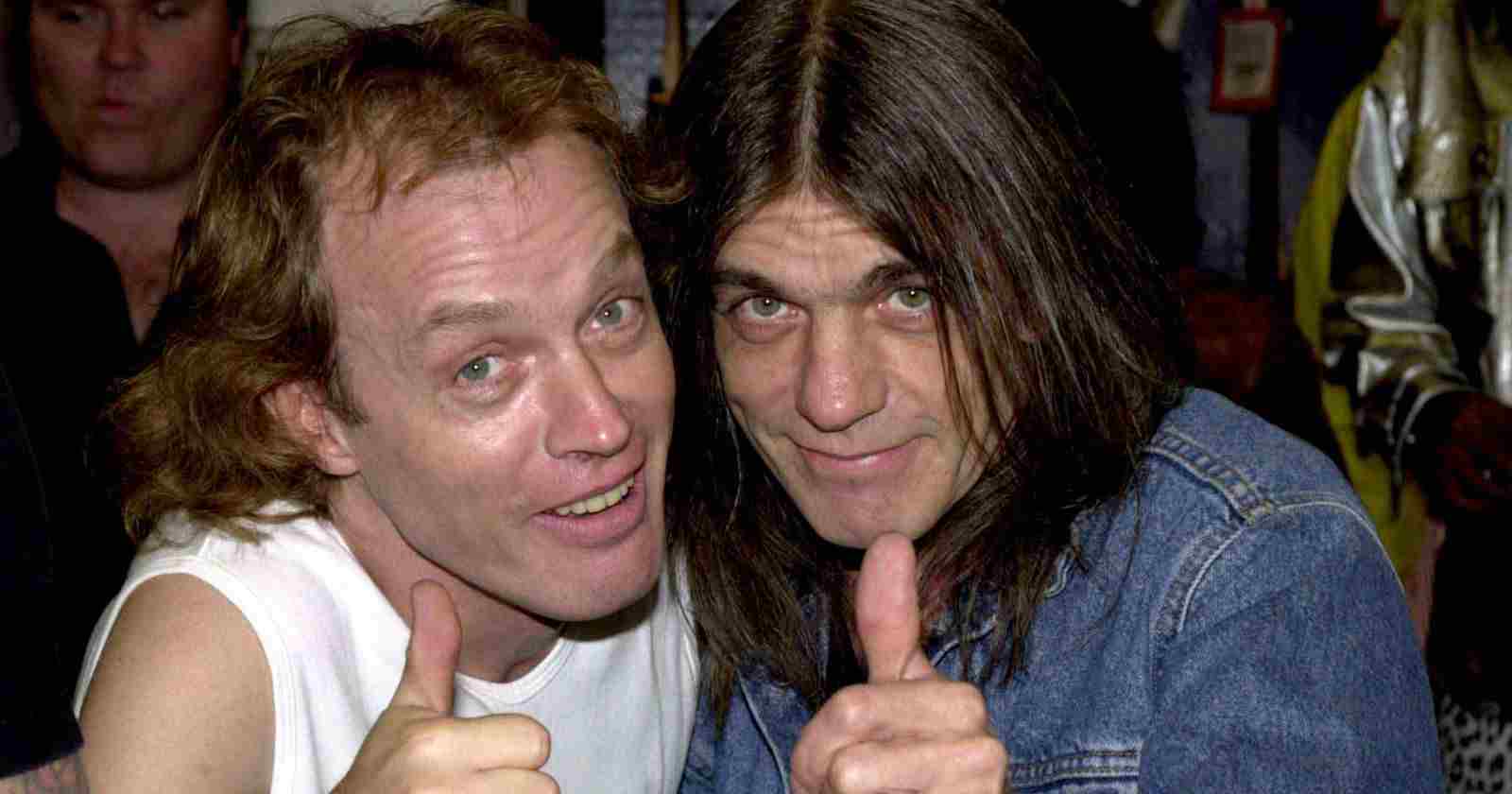 AC/DC guitarist Angus Young said in an interview with Goldmine that his late brother Malcolm Young was the most confident guitarist he ever saw. The musician explained that Mal played the instrument since he was a kid very well.

Angus Young says Malcolm was the most confident guitarist he ever saw:

“I always used to say, if we were onstage, and my guitar goes down, you wouldn’t notice. But if his guitar went down, you’d notice! He stamped that backbeat, very driving, very confident. He was always that way as a player. Very strong.”

“He was the most confident guy I ever saw with a guitar, probably because he’d been playing that well since he was very young. He was always ahead of the game. And he was always on top of whatever he did. Even in the early days, when we played clubs and (cover) bars, and people would get rowdy, and go on, “Play this song, play that song,” we’d play it, and he would just play, even if he never played it before.”

“I’d be like two miles behind just watching him! I’d be like, “What’s the next chord?” And he’d always know it. And the way he played! He’d always be so confident, y’know?”

And the two of you together!

“When we were playing sometimes, people’s mouths would open. He could walk in and pick a tune off any of our albums and just go…straightaway. Me? I’d have to go, “Remind me how it went.”

You two had to be the best pair of rock guitarists. Not just rock but with blues and boogie riffs that you both must have grown up on together. You could hear it in the riffs and the leads. It’s easy to call you guys hard rock but… that’s the beauty of your music, I think.

“Yeah. And it’s probably good when we were younger that we grew up in a party atmosphere because all my other brothers could play guitar and piano. So we made our own party making our own music. Lot of influences as there was always a lot of old rock and roll and early blues music on.”

“One of the brothers would start playing something and then there’d be a whole crowd of our friends. Our house on a weekend was full of half-drunk people just jammin’ away on guitars. We’d be trying to sing along. Everything from Bob Dylan to the old “St. Louis Blues” and “Basin Street Blues.” I still know them now on guitar, can still bash them out,” Angus Young said.