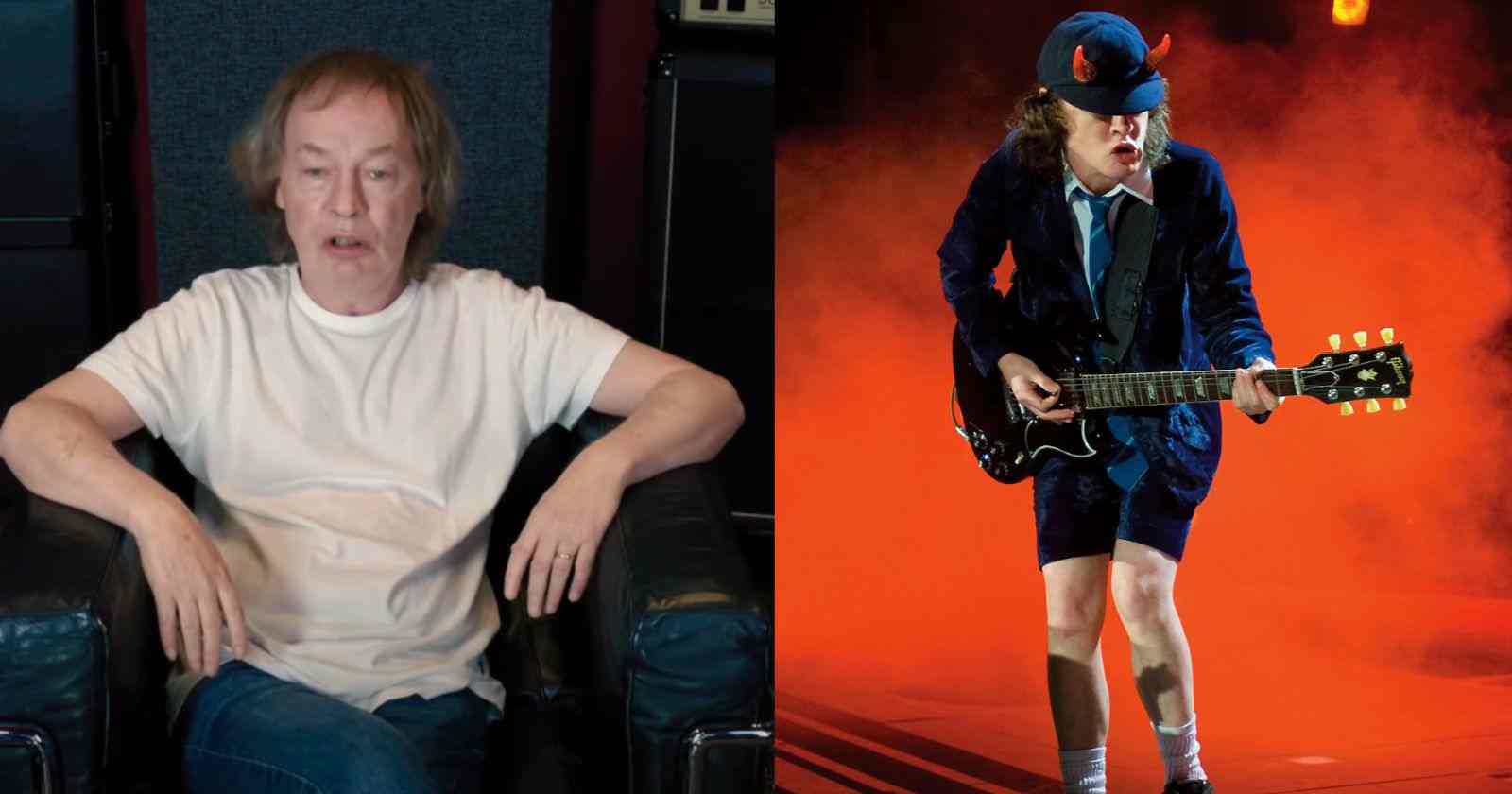 AC/DC guitarist Angus Young explained in an interview with Tiny TV what is a good guitar riff in his opinion. He also commented on the making of many classic riffs of the band and how he felt when Malcolm and him created them.

“Well, I would say just listen to our [1978] album ‘Powerage,’ there’s a song on there called ‘Riff Raff.’ That’s a cooking guitar riff. So that’s a good example of a guitar riff. Let me see, on [1977’s] ‘Let There Be Rock,’ I would say ‘Bad Boy Boogie’ has got a flavor because it’s got a little bit of a twist in it. It sounds easy but Malcolm had a little twist that I don’t think many could do.”

“Even when I do it today. I’d still listen again to how clever was he, how clever was he to do that. I still play it just for the fact that he just changed that little note around and it just made all the difference. And that’s how he was too when you would work with him, doing things like guitar riffs – he was great!”

“And then another great example is [1980’s] ‘Back in Black’ – some of the guitar pieces and the way he did them – that’s what I used to say, ‘I don’t know how you conjure them up, I really don’t.’ Because the first time I ever heard that, he had done that on an acoustic guitar, and he put it on a cassette, and we were touring doing ‘Highway to Hell,’ and he came in my room and he said, ‘I’m clearing.’

“Because he wanted to clear. He’d filled up so many cassettes with riffs and stuff, and he was wanting to go over some of them. He was wanting to clean out a few cassettes, and get rid of what he thought was rubbish.”

The Doors’ John Densmore about the importance of the rhythm section
Jack Bruce, Lemmy Kilmister, Steve Harris and their tips for bassists
Advertisement
To Top