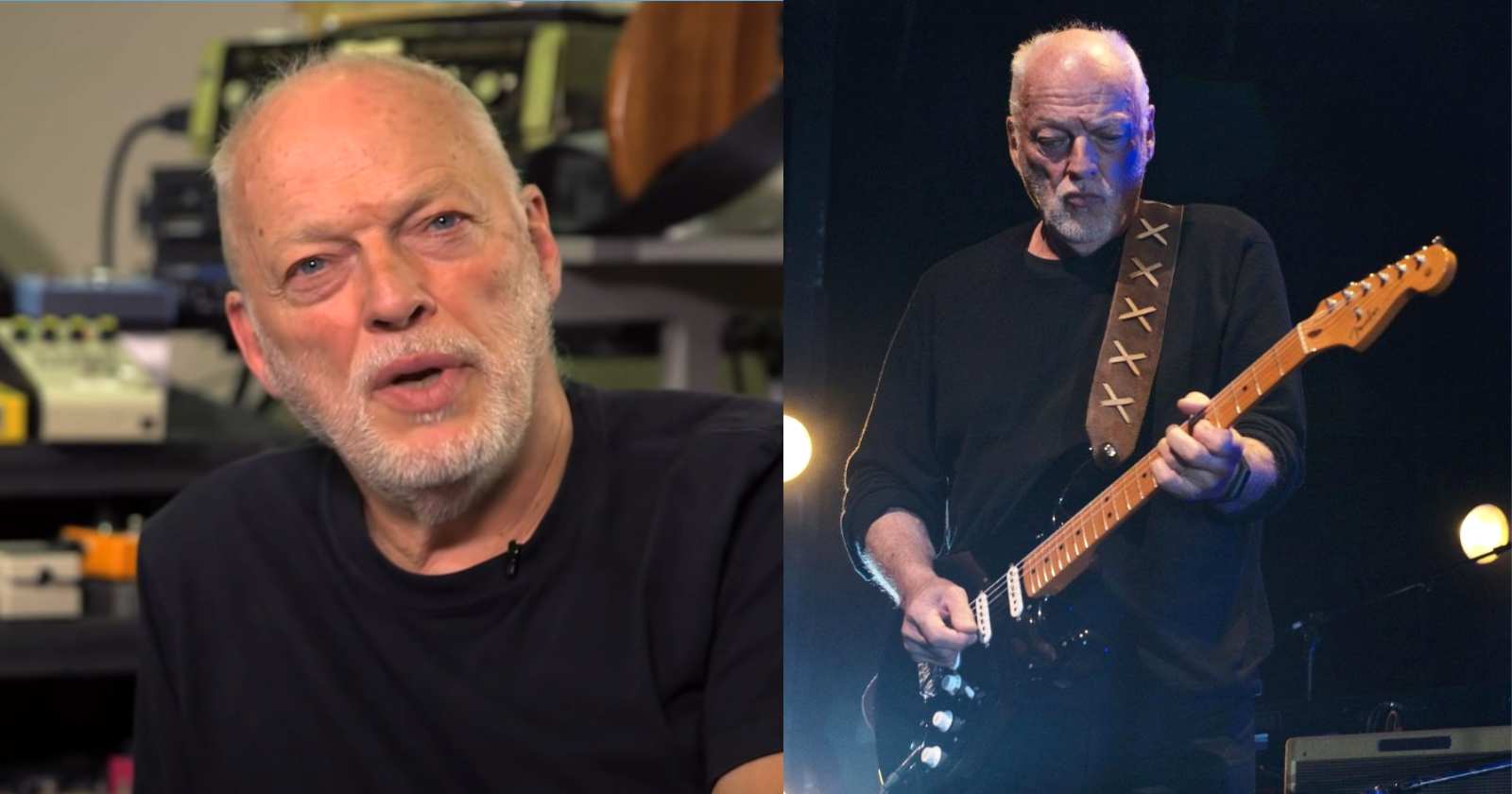 Images from Q107 and Polly Samson

British guitarist and singer David Gilmour created with Pink Floyd classic albums like “Dark Side Of The Moon” (1973) and “The Wall” (1979) that are to this day some of the best selling records of all time that became the favorite ones from many fans all over the world. In an interview with Guitar Tricks Insider magazine back in 2017, Gilmour listed 5 albums that are some of his favorites of all time. Rock and Roll Garage selected what the musician said over the decades about these important albums and musicians, also pointing his connection with some of them.

Almost all Rock and Roll guitarists mention the legendary Jimi Hendrix as an influence and David Gilmour is one of them. He was a big fan of the American guitar player a long time before the album “Electric Ladyland” (1968). In fact, Gilmour revealed in a conversation with the BBC Radio 2 show “Tracks Of My Years” in 2006 (Transcribed by Rock and Roll Garage) that he watched Hendrix live before he was “The Jimi Hendrix”: “Jimi Hendrix, fantastic. I went to a club in south Kensington in 1966. This kid got on stage with Brian Auger and the Trinity. (He started to play) the guitar with the other way around (upside down). Myself and the whole place was with their jaws hanging open.”

“I went to the next day to record shops and I said ‘You’ve got anything by this guy Jimi Hendrix?’ So they said ‘Well, we’ve got a James Hendrix’. He hadn’t yet done anything. So I became rather an avid fan waiting for his first release. Also this is one of his beautiful ballads that I really love,” David Gilmour said.

He mixed Hendrix’s show at the Isle of Wight

The musician told Prog magazine in 2019 that he also had the changed to mix Hendrix’s sound at his Isle Of Wight show in 1970. He said that he went to watch the festival and was camping in a tent: “I went backstage where our main roadie guy, Peter Watts, was trying to deal with all the mayhem, with Charlie Watkins of WEM. They were very nervous. They were going to have to mix Hendrix’s sound. I did some mixing stuff in those days and they said ‘Help! Help!’ So I did.”

Released in 1968, two years before Hendrix’s death, “Electric Ladyland” is often recalled for the famous tracks: “Crosstown Traffic”, Voodoo Chile”, “Voodoo Child (Slight Return)” and “All Along The Watchtower”.

John Mayall & The Bluesbreakers were a big influence to Blues-oriented guitarists all over the world. Besides the leader John Mayall, the band had guitarists that would play in important bands after in their careers like: Eric Clapton, Peter Green and Mick Taylor. During a conversation with Relix magazine in 2015, David Gilmour praised the group saying: “All of those guys were incredible. I spent time trying to learn how to play their licks perfectly. I would suggest any young player should try to sit down and do that. You will wind up knowing how to play their stuff quite well. But eventually you will find your own style form that. It forces its way out of the copying.”

Released in 1966, “Blues Breakers with Eric Clapton” became one of the group’s most successful records and also had the bassist John McVie, who would later become one of the founders of Fleetwood Mac. Bass player Jack Bruce, future Eric Clapton bandmate in Cream, also played in some tracks.

Released in 1978, Dire Straits self-titled debut album already had the number 1 hit single “Sultans Of Swing” that remains as one of their most famous songs. Back in 1985, David Gilmour already told Guitar Classics magazine that Dire Straits vocalist and guitarist Mark Knopfler was an inspiration: “Mark Knopfler has a lovely, refreshing guitar style. He brought back something that seemed to have gone astray in guitar playing. These days I don’t listen to other people with the objective of trying to steal their licks. Although I’ve got no objections to stealing them if that seems like a good idea. I’m sure that I’m still influenced by Mark Knopfler and Eddie Van Halen as well.”

Ex-Senior VP at Columbia Records, Paul Rappaport told in 2015 that in a conversation with David Gilmour, they were talking about how people buy the same gear that the Pink Floyd guitarist uses to try to sound like him. To explain that what really makes the difference to approach someone’s sound is to use the same technique they use, Gilmour recalled one time when Mark Knopfler only went to a charity show with his guitar and asked to use Gilmour’s rig and amps.

One of Jeff Beck‘s most succesful solo albums, “Blow By Blow” (1975) reached number 4 on the American Billboard 2000 and it was certified platinum. It has one of the most famous Beck tracks “Cause We’ve Ended as Lovers”.

David Gilmour praised Jeff Beck’s musical legacy in an interview for the musician’s 2018 documentary “Jeff Beck: Still On The Run” (Transcribed by Rock and Roll Garage), saying: “He is a maverick. A maverick guitar player who doesn’t like to repeat himself, who takes big risks all the time and has done all the way throughout his career.”

Coincidentally, before inviting David Gilmour to join the group, Pink Floyd invited Jeff Beck to be their guitarist. However, the musician declined the offer. Gilmour played with Jeff Beck as a guest on a 2009 concert at the Royal Albert Hall in London.

The British instrumental Rock band The Shadows achieved fame during the late 50s and early 60s. They also were Cliff Richard’s backing band from 1958 to 1968. Some of their most famous songs are “Apache”, “Wonderful Land” and “Watermasster’s Stores”.

Over the years, Gilmour listed The Shadows lead guitarist Hank Marvin as one of his main influences. The guitarist also recalled that he had the chance to see the band live several times. Back in 2006 in a conversation with Music Radar, he praised the group: “The way I play melodies is connected to things like Hank Marvin and The Shadows. That style of guitar playing where people can recognise a melody with some beef to it.”