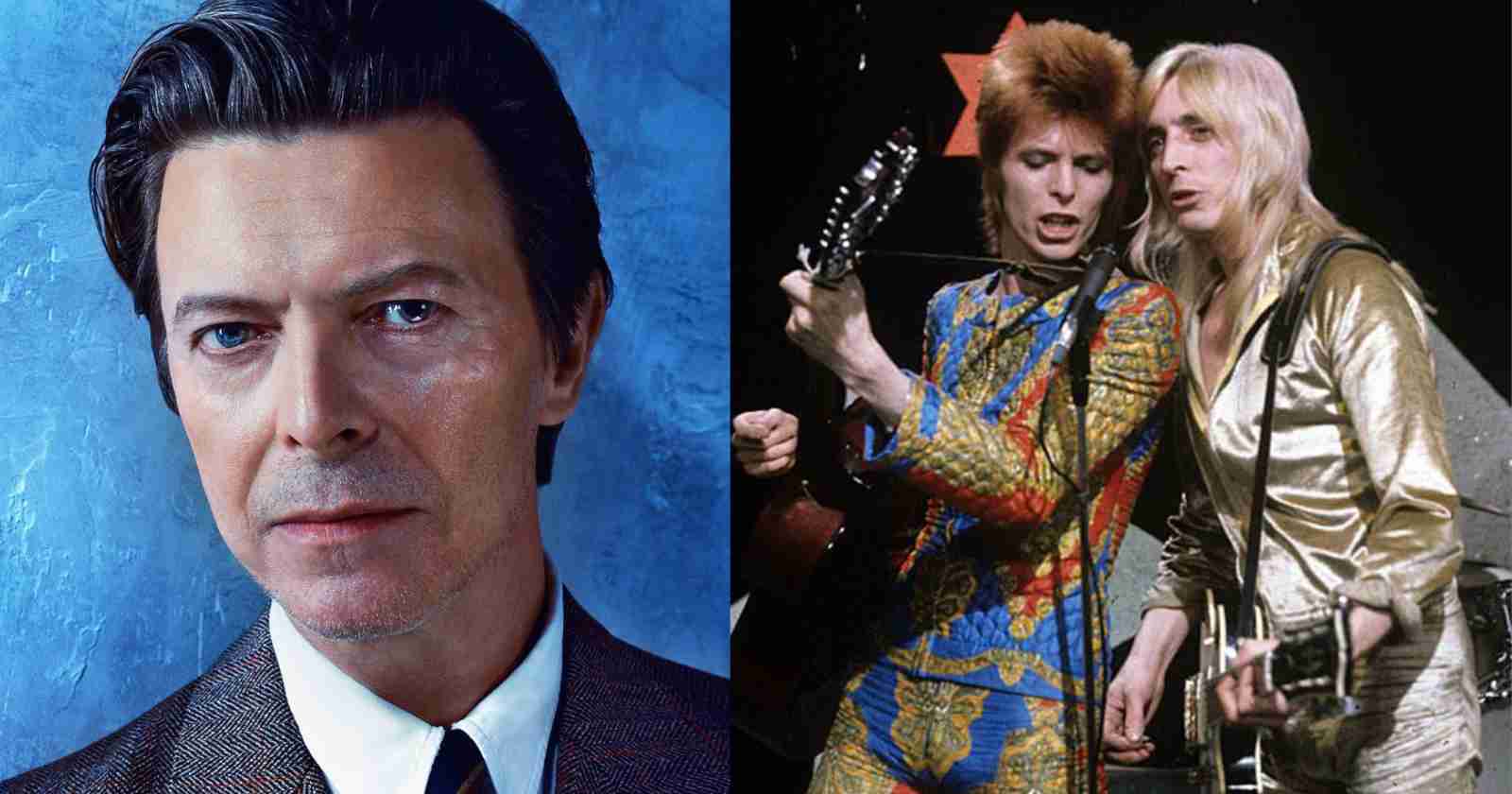 One of the most versatile musicians of all time, David Bowie was an artist that couldn’t really be labeled into only one music genre. But Rock and Roll music was one of his main influences and roots. Over the decades, until his death back in 2016 at the age of 69, the musician talked a lot about other artists that he liked.

In an interview with Vanity Fair back in 2003 he listed some of his favorite albums of all time, three of them that were essentially Rock records. Rock and Roll Garage selected what the musician said during his career about the bands responsible for those albums and his connection with some of them.

Bowie told Vanity fair that he thought the performances from this Little Richard album were underrated. In an radio interview (Transcribed by Rock and Roll Garage), recovered by BBC back in 2013, Bowie recalled how important was for him to see Little Richard’s image for the first time:”Anything on Rock and Roll seemed, there seemed to be so little of it that when ot appeared on television, this seemed like the most, like the holy grail. Especially if it was from America. They’d show a clip from a movie. I remember getting so excited when they shown Little Richard, from I think the film was called ‘Disc Jockey Jamboree’. It was just amazing to actually see him moving. He’d just been a record to me before, you know.”

In an statement for the “Little Richard Minute” (Transcribed by Rock and Roll Garage) TV show back in the late 80s, David Bowie praised the American musician and said that he probably wouldn’t be in music if it wasn’t for Richard: “The first record I think I bought was called ‘I’ve Got it’, which he later rewrote to ‘She’s Got It’. Ever since I saw that photograph of him, I realized he had so many saxophones in his band. So I went out and bought a saxophone intending that when I grew up I would work in the Little Richard band. I didn’t work out like that. But without him I think myself and many of my contemporaries wouldn’t be playing music,” Bowie said.

Released in 1958, “The Fabulous Little Richard” was Little Richard’s third studio album. It also marked the end of his Rock and Roll period. Some of the most famous tracks from the record are “All Night Long”, “Lonesome and Blue”, “Wonderin'” and “Early One Morning”.

Talking with Vanity Fair, Bowie recalled that he first heard the band after Andy Warhol gave Bowie’s former manager Ken Pitt a test pressing copy of the The Velvet Underground & Nico album.  “Brought back from New York by a former manager of mine, Ken Pitt. Pitt had done some kind of work as a P.R. man that had brought him into contact with the Factory. Warhol had given him this coverless test pressing. I still have it. No label, just a small sticker with Warhol’s name on it. And I said, ‘You like weird stuff. See what you think of this.’ What I ‘thought of this’ was that here was the best band in the world.”

“In December of that year, my band Buzz broke up. But not without my demanding we play ‘I’m Waiting for the Man’ as one of the encore songs at our last gig. Amusingly, not only was I to cover Velvet’s song before anyone else in the world. I actually did it before the album came out. Now that’s the essence of Mod,” Bowie said.

Later on Bowie had the chance to play the song live with Lou Reed.

The Velvet Underground & Nico self-titled debut album was released in 1967 and became one of the most influential records of all time. Is also known for the famous Andy Warhol painting of a banana on the cover.

Some of the most famous tracks of the album are: “Sunday Morning”, “I’m Waiting for the Man” and “Femme Fatale”.

The musician lamented Barrett’s death in 2006 at the age of 60 as pointed by Uncut Magazine, saying: “I can’t tell you how sad I feel. Syd was a major inspiration for me. The few times I saw him perform in London at UFO and the Marquee clubs during the ’60s will forever be etched in my mind.”

“He was so charismatic and such a startlingly original songwriter. Also, along with Anthony Newley. He was the first guy I’d heard to sing pop or rock with a British accent. His impact on my thinking was enormous. A major regret is that I never got to know him. A diamond indeed,” Bowie said.

As a tribute to Barrett, David Bowie joined David Gilmour on stage back in 2006 to perform Pink Floyd’s “Arnold Layne”.

Released in 1970, “The Madcap Laughs” was the first Syd Barrett solo album. It had in the production team his ex-Pink Floyd bandmates David Gilmour and Roger Waters. Some of the most famous tracks of the record are “Terrapin”, “Here I Go” and “Octopus”.