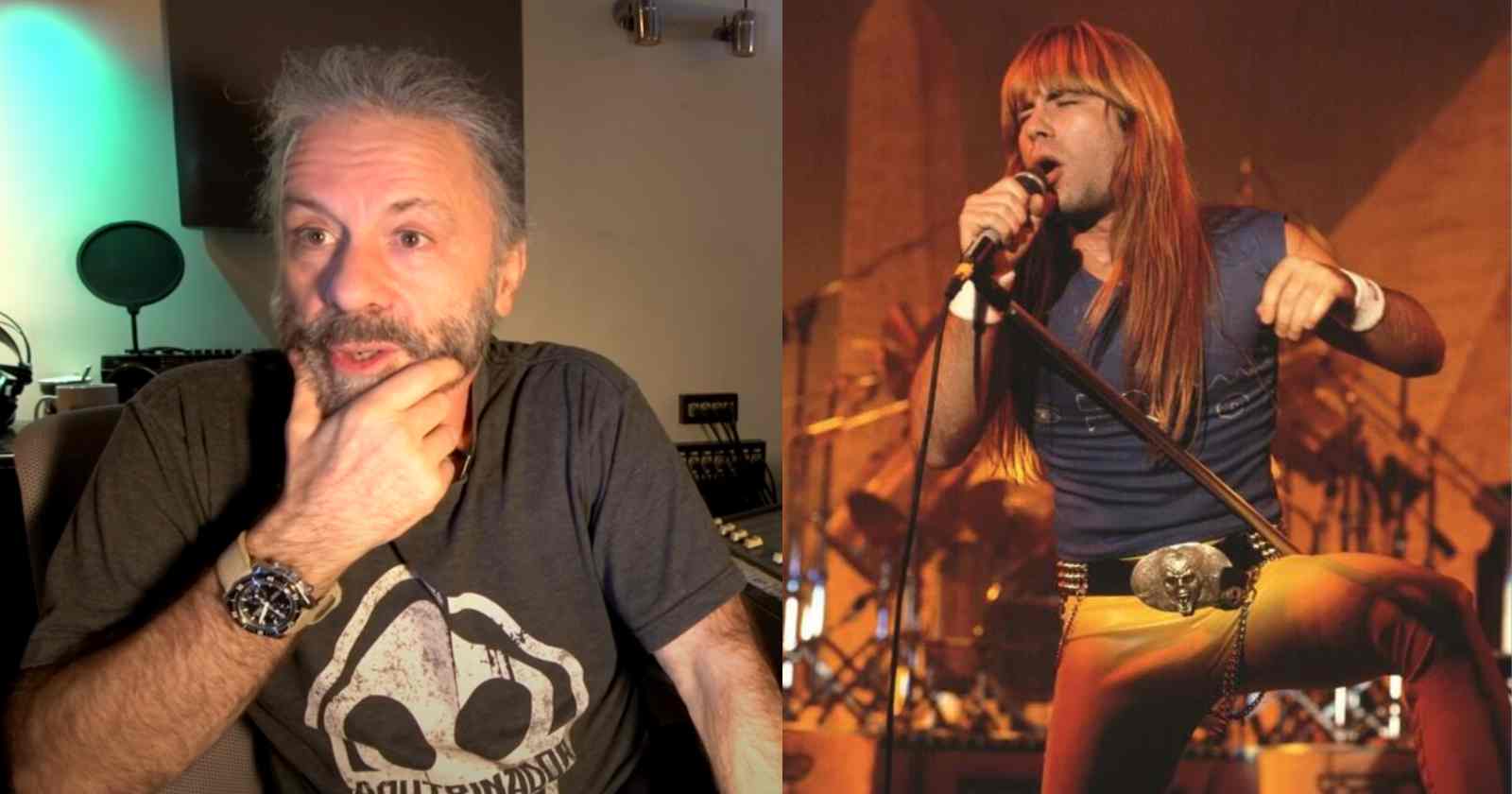 Iron Maiden vocalist Bruce Dickinson named in an interview with Consequence (Transcribed by Ultimate Guitar) two albums that were inspirations for him right before he went to the studio with Maiden to record “The Number Of The Best”, his debut album with the group and one of their best-selling records.

Released in March 22, 1982, “The Number Of The Beast” was the last one to feature the drummer Clive Burr who was later replaced by Nicko McBrain. Some of the most famous tracks are “The Number of the Beast”, “Children Of The Damned”, “Run To The Hills” and “Hallowed Be Thy Name”.

“I think the last album – well for me anyway – the last album that really was a big influence on me, before ‘Number the Beast’ was born is probably ‘Rainbow Rising’. You know, when you got to hear Ronnie in full, full throat, and Blackmore playing his pants off, and ‘Stargazer’, and you’re going, ‘Oh, my God, nobody’s done this in metal before! Wow, this is just incredible! Here’s somewhere to go.’ And then Ronnie joined Sabbath and, of course, ‘Heaven and Hell’ is another classic. So, I think that [Iron] Maiden, the ‘Number of the Beast’ album, offered a kind of a bridge between the two worlds, you know?

“Of course, we were very young, and we played very fast. And we were very aggressive. And we were like – [roars] – which those other, slightly older classic bands didn’t have because it wasn’t who they were – Maiden was a different animal. We were so fierce and snarling and snapping at everybody.”

Released in 1976, “Rising” was the second album of Ritchie Blackmore’s Rainbow that had classic tracks like “Tarot Woman”, “Stargazer” and “Starstruck”. Besides Ronnie James Dio on vocals and Ritchie Blackmore playing the guitar, the record also had Tony Carey (Keyboards), Jimmy Bain (Bass) and Cozy Powell (Drums).

The first Black Sabbath album without Ozzy Osbourne and the first one to feature Ronnie James Dio, “Heaven and Hell” marked the beginning of another successful era of the band, showing that they could still make good music without the previous vocalist. Besides Tony Iommi (Guitar), Geezer Butler (Bass) and Bill Ward (Drums), the record also had keyboardist Geoff Nicholls.

Besides the famous title-track, the record also had classics like “Neon Knights”, “Children Of The Sea”, “Lady Evil” and “Die Young”.

Produced by Martin Birch, the album was a commercial success, particularly in the United States, where it reached number 28 on the Billboard 200 chart and was certified platinum for one million sales.