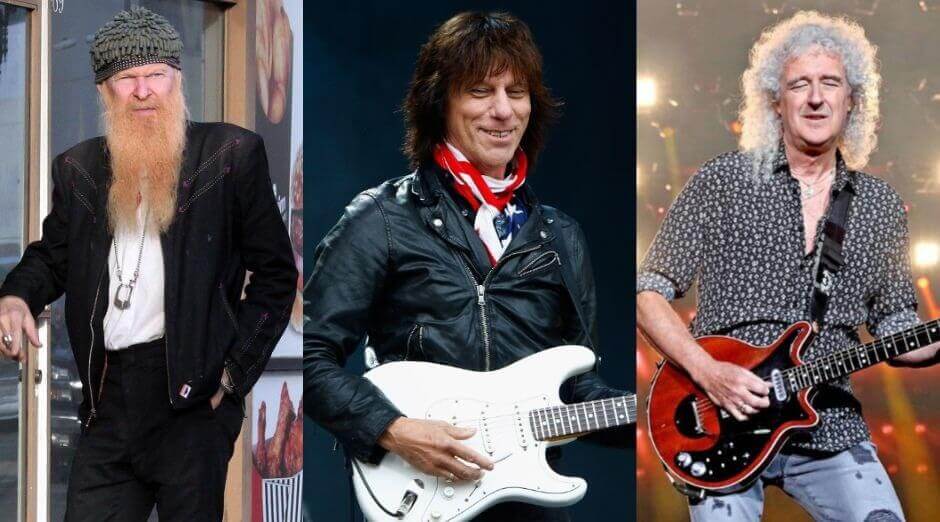 ZZ Top‘s guitarist and singer Billy Gibbons talked in an interview with Sweetwater about Queen’s Brian May and Jeff Beck. He commented about gear and about the other musicians and their style.

“I spoke with Brian May one afternoon. We were talking about the resilience of the… well, first starting with the guitar strings. Then the guitar pickups, and the way that the response comes through with a really stiff plectrum.”

“There’s no doubt about it: when there’s no give, it’s all taken by the guitar. I did come across an interesting thing – talking about electric guitars, one of my favorites right here. The reissue of the 1961 Les Paul from Gibson.”

“And there’s a gentleman originating from Norway who now operates out of UK, Thomas Nelson, who runs Cream T Pickups. He’s developed an interesting contraption that measures the response.”

“It goes deep into the content of the passive electric guitar pickup. He’s now offering a set of pickups which are absolute 100% pure copies of the pickups found in Pearly Gates, my 1959 Sunburst. They’re called the Whisker Bucker pickups. Soon to be found on the Sweetwater website I’m sure.” But the Cream T Whisker Bucker pickup delivers a genuine, at very rich. There’s nothing left. Everything is 100% accurate. It’s pretty amazing.”

“Well, it’s no secret that the friendship that’s existed with both Jeff Beck and myself goes back. Gosh, longer than ZZ Top even. We met in 1968, and we’ve maintained a friendship ever since.

“Jeff’s playing is one of those mysterious marvels that I think most guitar players can sit back with arms folded saying, ‘Gee whiz, how is that done?’ And nobody but Jeff can really dig into it like he does. He has taken the Fender Stratocaster into places where the designers couldn’t dream of going. But nonetheless, Jeff manages to do it. We actually wound up joining forces a while back, coming through Fort Wayne, the home of Sweetwater. Jeff Beck was on the bill with us, and we decided early on that it would be quite a bit of fun to end the evening with Jeff Beck becoming the fourth member of ZZ Top, which he did.”

“We wound up – one of Jeff’s favorite ZZ Top songs is one of the ballads. Slower things we’ve done, called ‘Rough Boy.’ Someone said one night, out of the clear blue, ‘Play something country.’ Well, we looked at each other and said, ‘Well, are we sure we can do this?’ They said, ‘I’ve seen you guys play ‘Sixteen Tons’ on YouTube.’

“And we looked at each other and said, ‘I don’t remember having done that.’ But Jeff said, ‘Well, maybe it’s time we learn it.’ So indeed, we actually went to YouTube and found where someone had cobbled together an interesting combination of parts and pieces. Which became ‘Sixteen Tons.’ So whoever did that, Jeff and I are ever grateful for showing us the way into that crazy song.”