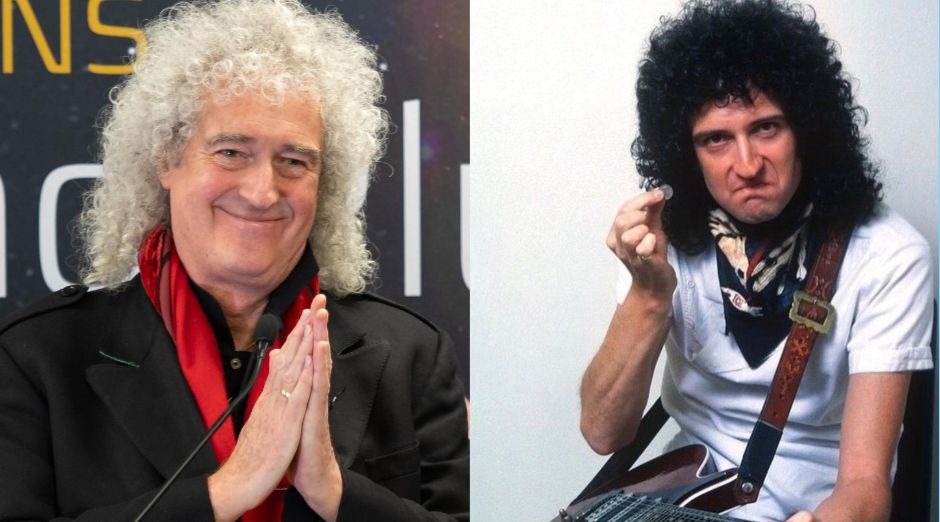 Queen‘s guitarist Brian May revealed in an interview with Premier Guitar why he uses coins to play instead of guitar picks.

“Well, I went through a whole journey, really. I used to make very flexible picks because I thought that was the way to sort-of become fluid and fast or whatever. Because it wouldn’t affect the way you move your fingers backward and forwards.”

“And I found I didn’t like it. I found I liked the harder picks because I could feel more of the action in my fingers and so one day I suppose I just tried this because I thought, ‘Well this will give me absolutely everything that happens at the string. I will feel it in the fingers.'”

“I said, ‘This will give me zero flexibility,’ but in fact, I get all the flexibility I need from here *points at the side of the coin*. So I love this. You know, to me, I feel everything, I’m in total contact with the strings; there’s nothing that happens.”

“I can even feel the serrations as it goes like this, I can feel in my fingers. I hold it loosely so that it can flex and so you get all the flexibility but it gives you variation as well because if it’s very parallel to the strings like this.”

“It’s very clean, very nice. But if you’d angle it like this to varying degrees, it gives you this kind of splutter. Which in combination with the heel of the hand gives you almost the same kind of articulation as a human voice.”

“I love that ability to make it kind of splatter; it’s a kind of consonant sound, you know?”

“They don’t wear out they don’t hurt the strings because this is softer metal and steel. This is like nickel silver and they last forever, and I have a thousand of them, and they’re very cheap. [Laughs]”

“So this, to me, is the ultimate. Also, they don’t get stuck in the string. A lot of plectrums, they have a lot of point to them and are sort of getting stuck under the string. This will never do that because it’s round.”

“A dime will work as well, pretty much. A quarter will kind of work but the dime is probably better.”