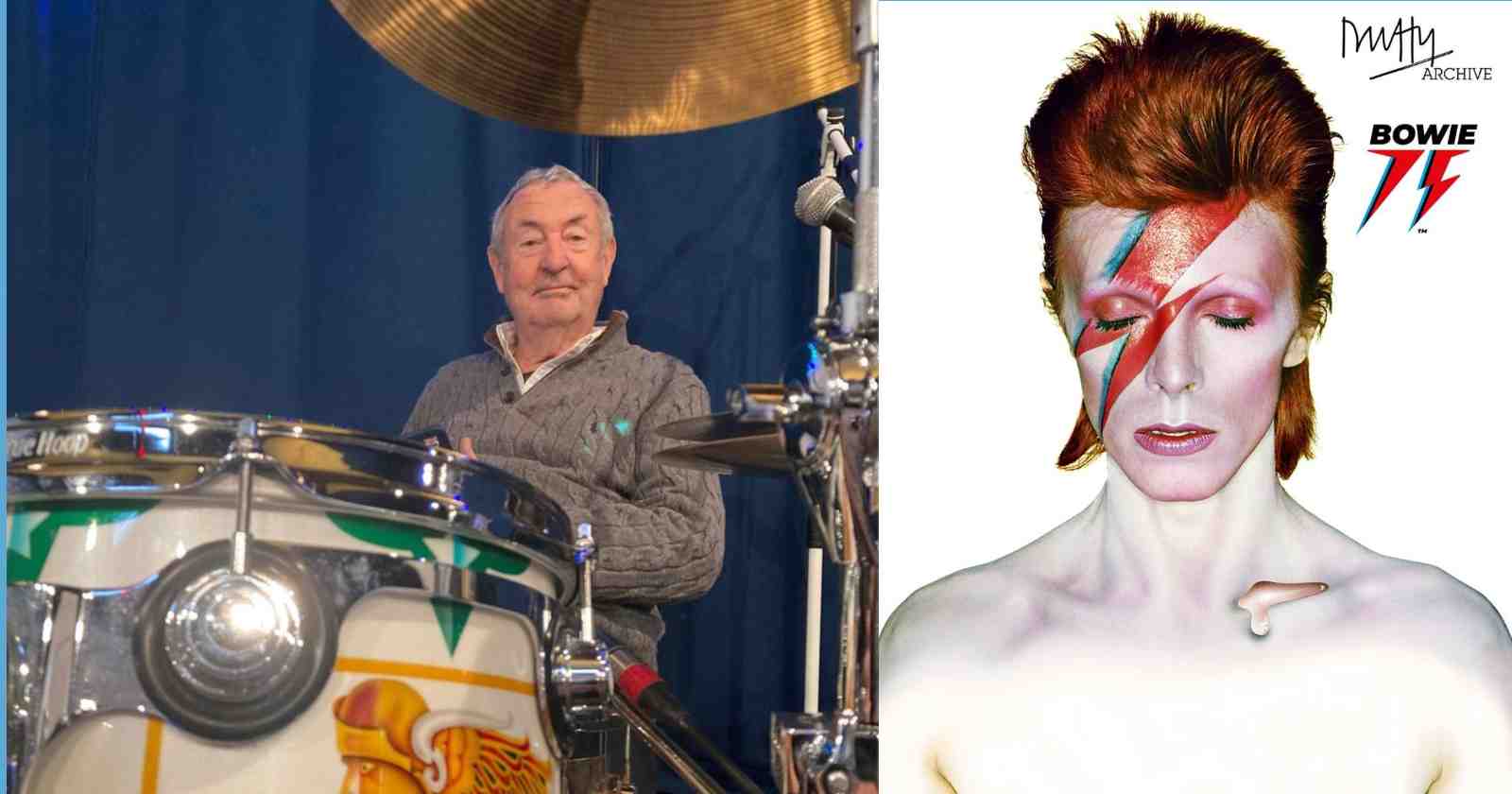 The legendary Pink Floyd drummer Nick Mason has a broad musical taste and is a big fan of the late David Bowie as he revealed in a conversation with BBC on the “The Rock Show With Johnnie Walker” back in 2019 (Transcribed by Rock and Roll Garage), when he chose Bowie as his “Rock God” and explained why he likes the musician so much.

David Bowie was a big Pink Floyd fan. He especially liked the group’s first albums with the late singer and guitarist Syd Barrett, who was fired from the band due to mental health issues after the first two records

“I think David is worthy of being the Rock God, because he managed to over so many years to become so many different Rock Gods. It’s that ability to move foward all the time and be one sort of God and then another sort of God.”

“But not only being a Rock God bue actually archive his own collection. So that future generations can see what he did and more or less how he did it. I went to see him play live in Canada, must have been something about 87, I think. It was just such a fantastic show. I didn’t really know him until I met up with him afterwards.”

“He just had that charisma ability to sort of look you in the eye and to make you feel that his attention was entirely with you rather than glancing over to your shoulder to see if someone else was there.”

Back in 2006 during his solo career tour, David Gilmour had Pink Floyd keyboardist Richard Wright in his band and he invited David Bowie to join them on stage at the Royal Albert Hall in London to perform the classic “Comfortably Numb”.

But Nick Mason wasn’t on stage that day and didn’t had the chance to perform with his hero David Bowie.