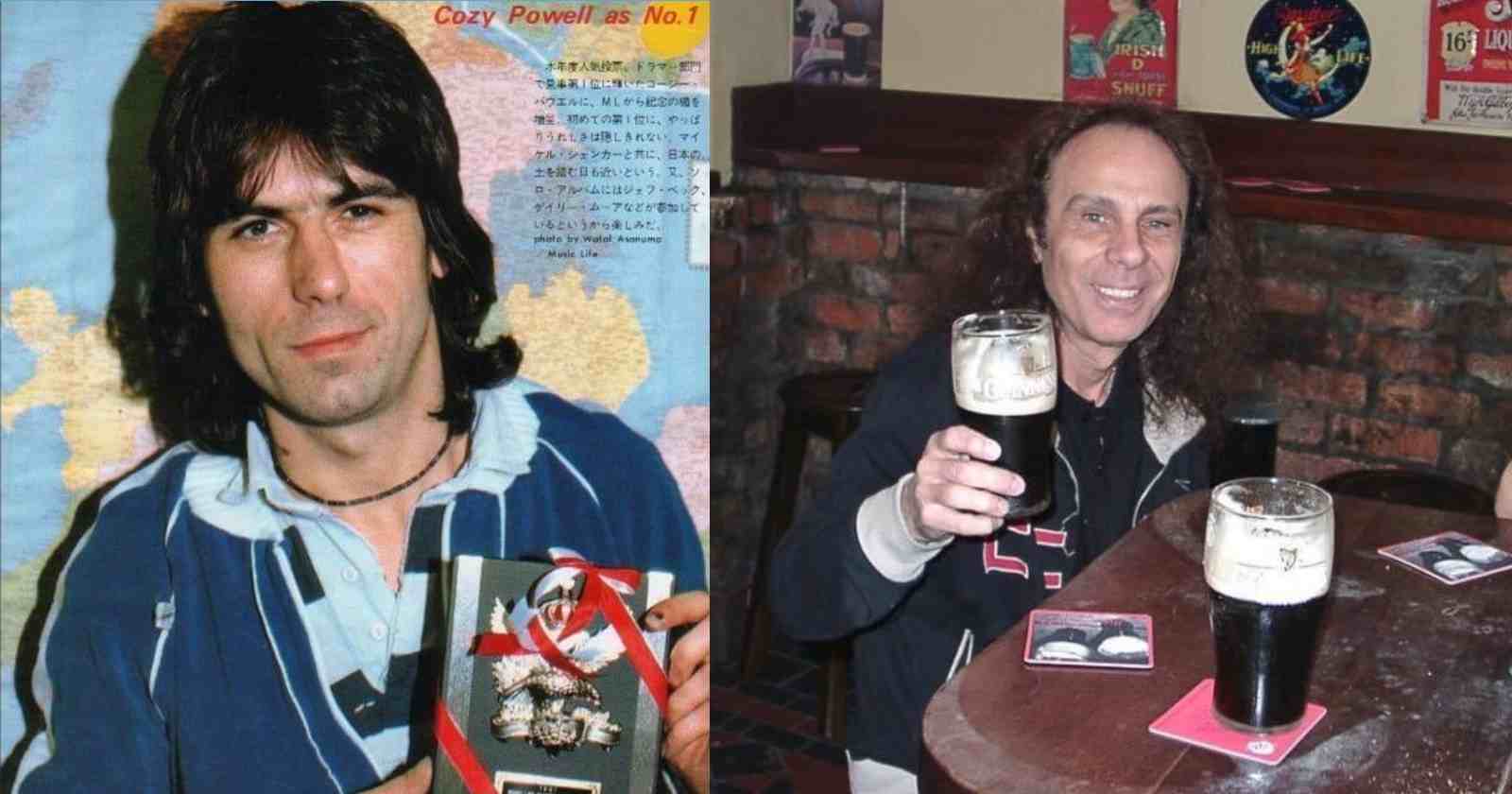 Legendary late drummer Cozy Powell reflected in an interview with Joe Geesin back in 1996 about the reason why Ronnie James Dio didn’t want him as the drummer when the singer reunited with Black Sabbath to record the 1992 album “Dehumanizer”.

When Cozy Powell reflected why Dio didn’t want him in Black Sabbath:

“I’d had an accident with a horse and was unceremoniously booted out the band. Ronnie Dio came back in and didn’t really want me in the band anyway. I had turned down his solo album to stay in Rainbow, maybe that’s been a sore point.”

“He got booted out of Rainbow and asked me in spite of Ritchie, and since then has hated my guts. But I was invited back and I tried to recreate the same spirit that was there when we did the ‘Headless Cross’. Unfortunately this time it wasn’t quite there, I don’t know why. Maybe people change over the years, there were a couple of things that weren’t quite right, then they brought in a producer who’s never really done a heavy rock album before.”

“His ideas, whether good or bad, featured on the drums, so my drum sound went out the window. I was very unhappy with the way the kit sounded and the way that I played. So I couldn’t really promote ‘Forbidden’ and say it was the greatest thing I’d ever done when I didn’t believe it.”

“I backed off from the promotional tour. Because if you don’t feel that way it’s better not to do it at all. We did a tour of America which was absolutely horrendous, possibly the worst tour I’ve ever done. It was badly booked.”

“The agent in America did it at the last minute, we weren’t drawing the audiences that we wanted to, the record company were not getting behind the band. It was a very difficult time. I also had a few personal problems. I needed to get off the road which I couldn’t do because the tour was 8 months solid. So I said to the manager I’d finish the U.S. tour and get out and you find a replacement drummer.”

Cozy Powell was born on Cirencenter, December 29, 1947 much sought after on pop and rock recordings, Cozy Powell was a heavy drumming legend, playing alongside names like Rainbow, Whitesnake, Black Sabbath and Emerson, Lake & Palmer. His solo work “Dance with the Devil “, which was the biggest English hit in 1973.

Then he joined Rainbow. Always in high demand, he alternated his work between studio sections and live concerts with a wide variety of bands such as Michael Schenker Group, Whitesnake and Black Sabbath never remaining in any band for long. In 1998, he worked on a long tour with Fleetwood Mac. In 1998 at the age of 50 he died in a tragic car accident.