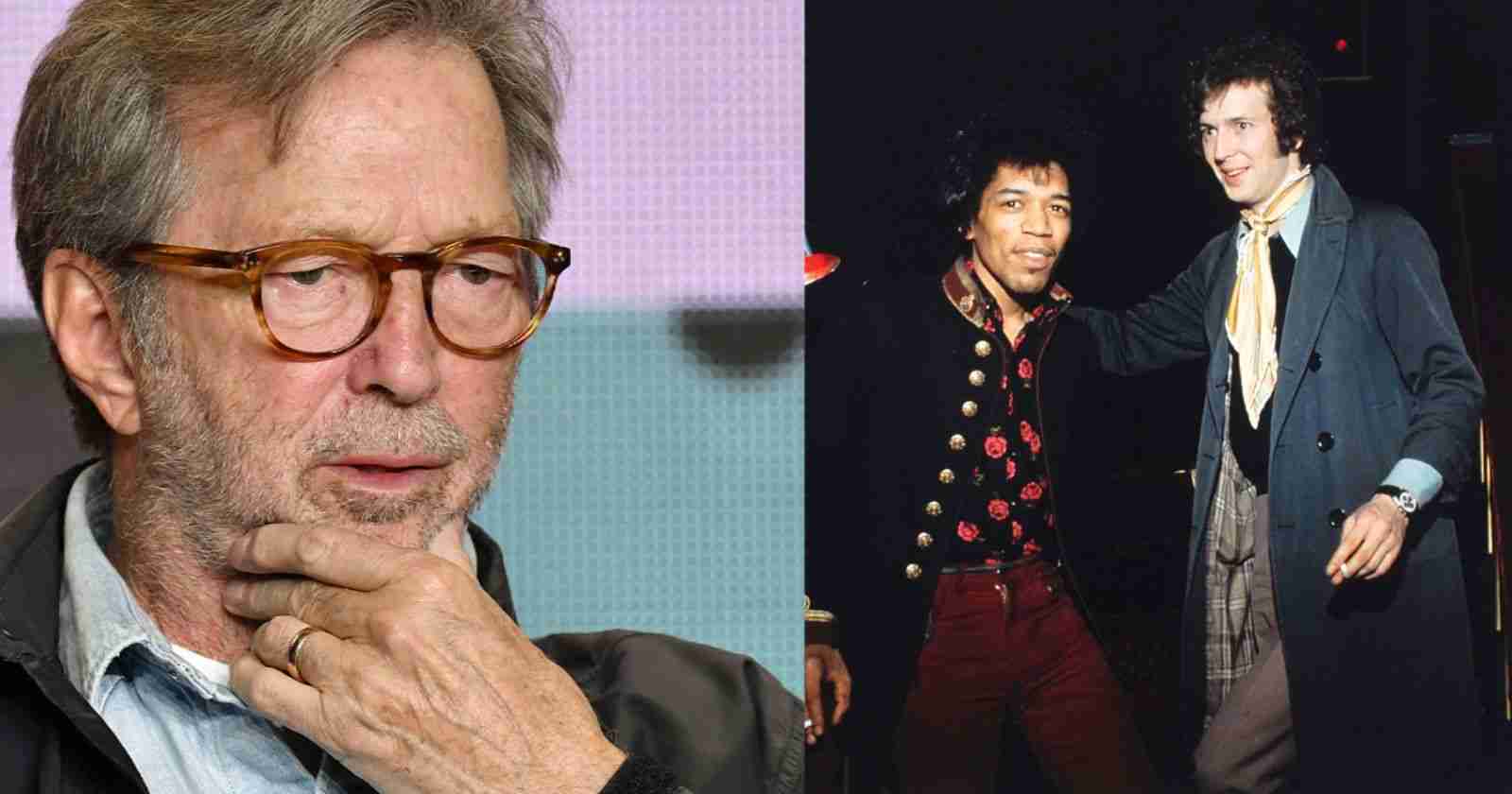 Eric Clapton and Jimi Hendrix were good friends and in interview with Rolling Stone in 1968 he revealed his opinion about the American guitarist. By the time they have played together in 1966 when Hendrix joined Cream on stage.

When Eric Clapton gave his opinion about Jimi Hendrix:

“When he first came to England, you know English people have a very big thing towards a spade. They really love that magic thing, the sexual thing. They all fall for that sort of thing. Everybody and his brother in England still sort of think that spades have big dicks. And Jimi came over and exploited that to the limit, the fucking tee. Everybody fell for it. Shit.”

“I fell for it. After a while I began to suspect it. Having gotten to know him, I found out that’s not where he’s at, not where he’s at at all. That stuff he does on stage, when he does that he’s testing the audience. He’ll do a lot of things, like fool around with his tongue and play his guitar behind his back and rub it up and down his crotch. And he’ll look at the audience, and if they’re digging it, he won’t like the audience.”

“He’ll keep on doing it, putting them on. Play less music. If they don’t dig it, then he’ll play straight ’cause he knows he has to. It’s funny. I heard that here he came on and put on all that shit in his first set and people were just dead towards it. And in his second set he just played, which is great.”

“He had the whole combination in England. It was just what the market wanted, a psychedelic pop star who looked freaky, and they’re also still hung up about spades and the blues thing was there. So Jimi walked in, put on all the gear, and made it straight away.”

“It was a perfect formula. Underneath it all, he’s got an incredible musical talent. He is really one of the finest musicians around on the Western scene. If you just scrape away all the bullshit he carries around you’ll find a fantastically talented guy and a beautiful guitar player for his age. I just can’t take it all, all the plastic things.”

Who started the hair thing?