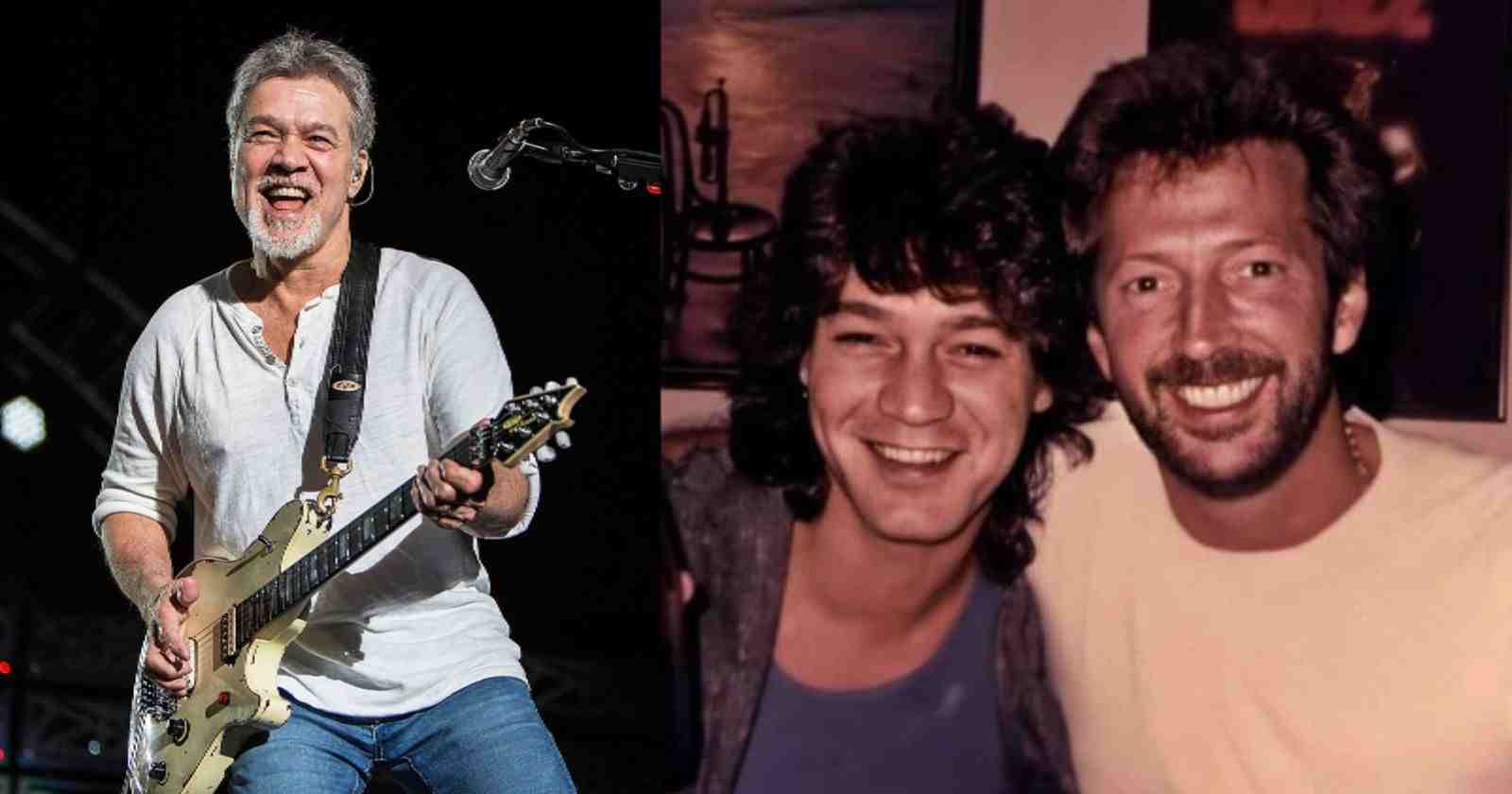 The late Van Halen guitarist Eddie Van Halen always considered Eric Clapton one of his main influences but in an interview with Guitar World back in 1992, the musician said that the first show he ever went to was to Derek & The Dominos (Band Clapton created after Blind Faith). However, he didn’t like the concert and explained the reason why.

“The first concert I saw was Derek and the Dominos with Eric Clapton… To be honest with you, I was expecting something more powerful. If I would’ve seen Cream, I probably would’ve been blown away, because that’s the era of Clapton that I really loved.”

“The show was more of a Doobie Brothers Kind of thing — there was like this tambourine and bongo player. The power wasn’t there… Al and I tried to get backstage; unfortunately, Eric had already left, but we did get to meet the tambourine player! Swear to God! “

In an interview back in 1979 with Steven Rosen, Eddie talked about how Eric Clapton influenced him.

“Right, right. It’s like having a sixth finger on your left hand. Instead of picking, you’re hitting a note on the fretboard.”