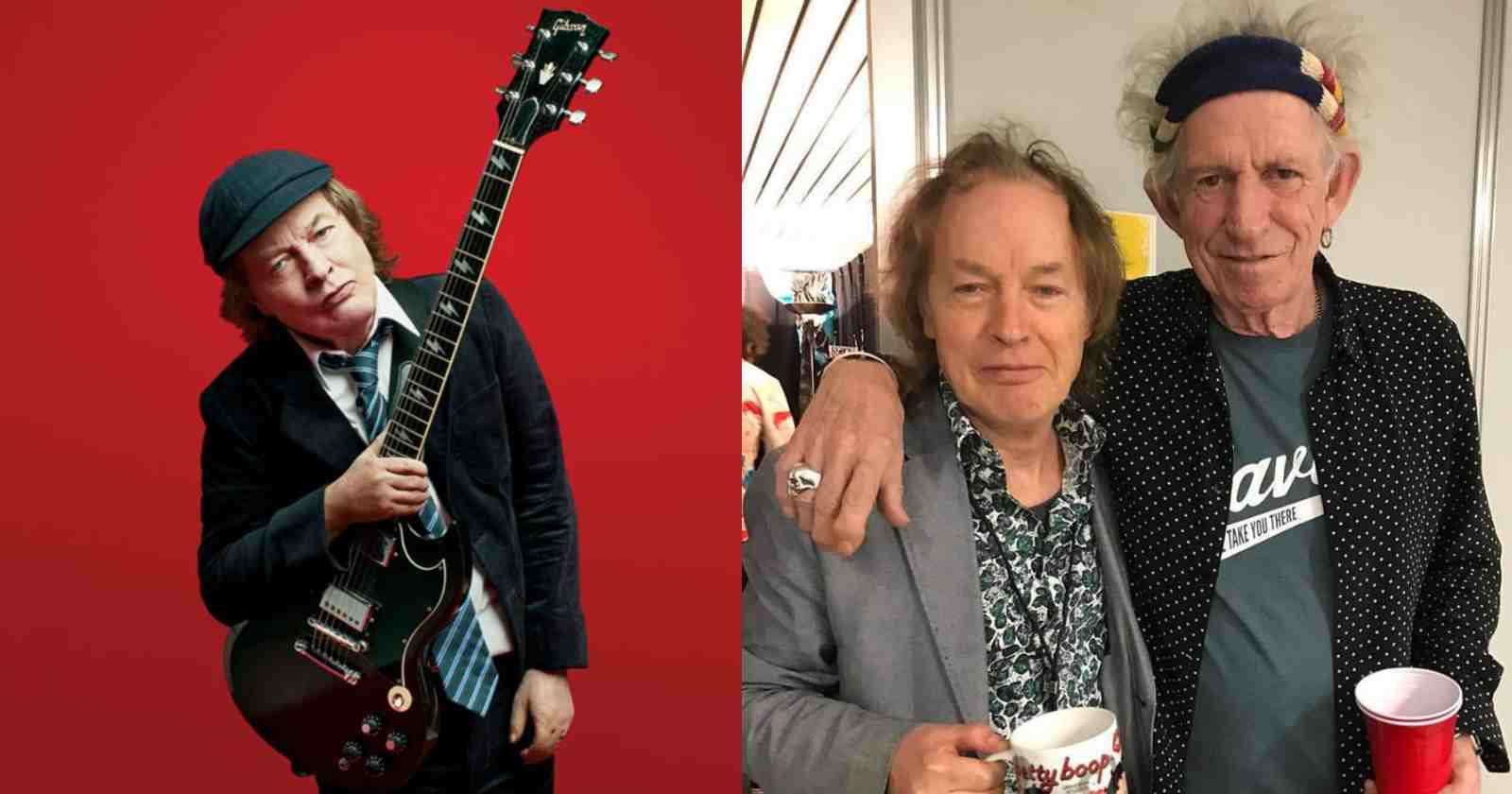 Even though he is one of the most electrifying Rock guitarists that ever played live on a stage, AC/DC‘s Angus Young became over the decades a more quiet person outside the band’s concerts and videoclips, talking with the press almost only when promoting a new work.

But in the beginning of his career, the musician talked a lot more about other bands and artists, even criticized them on some occasions, what doesn’t mean that he doesn’t like them, since he even got to play with some of those musicians later on. He just wasn’t feeling that they were playing their best material live.

He criticized in an interview with Classic Rock magazine back in 1977, Led Zeppelin because they were not playing the “old rock n’ roll numbers”: “I’ve seen that band live. They were on for three hours. For two-and-a-half hours, they bored the audience. Then at the end they pull out old rock’n’roll numbers to get the crowd movin’. That’s sick. They’re supposed to be the most excitin’ rock’n’roll band in the world.

Even though he criticized Zeppelin at the time, he recognized many times over the years that guitarist Jimmy Page influenced him. Even when the British musician was still a member of The Yardbirds.

The musician continued in the same conversation with Classic Rock magazine explaining that The Rolling Stones were doing the same thing, not playing their best Rock and Roll material: “Them and the Stones. They’re not playin’ it. The Rolling Stones get up and play soul music these days. This is supposed to be rock’n’roll. Leave that to the people who do it best, the black people. If the Stones played what they do best, they’d be a helluva lot better. They’d probably find themselves at ease,” Angus Young said.

Keith Richards is a big fan of AC/DC and has a friendship with Angus. Back in 2003, in Hockenheim, Germany, Angus and Malcolm Young joined The Rolling Stones on stage. He and  his brother performed the Blues song “Rock Me Baby” with the Stones.

Angus also stated that in the final days of his brother Malcolm Young he used to play Rolling Stones records to him. The musician died from the effects of dementia back in 2017 at the age of 64,

Another band that Angus criticized in the past was Deep Purple. Back in 1984 in a conversation with Guitar World, the musician recalled the experience of watching the British band live: “I saw Deep Purple live once and I paid money for it and I thought, ‘Geez, this is ridiculous.’ You just see through all that sort of stuff.”

“I never liked those Deep Purples or those sort of things. I always hated it. So I always thought it was a poor man’s Led Zeppelin.” Back in 1975, when AC/DC still wasn’t a famous international band, they shared the bill of an Australian festival called Sunbury with Deep Purple. But things didn’t went really well. Mainly because of some fights between the aussie band and the roadies from Purple.