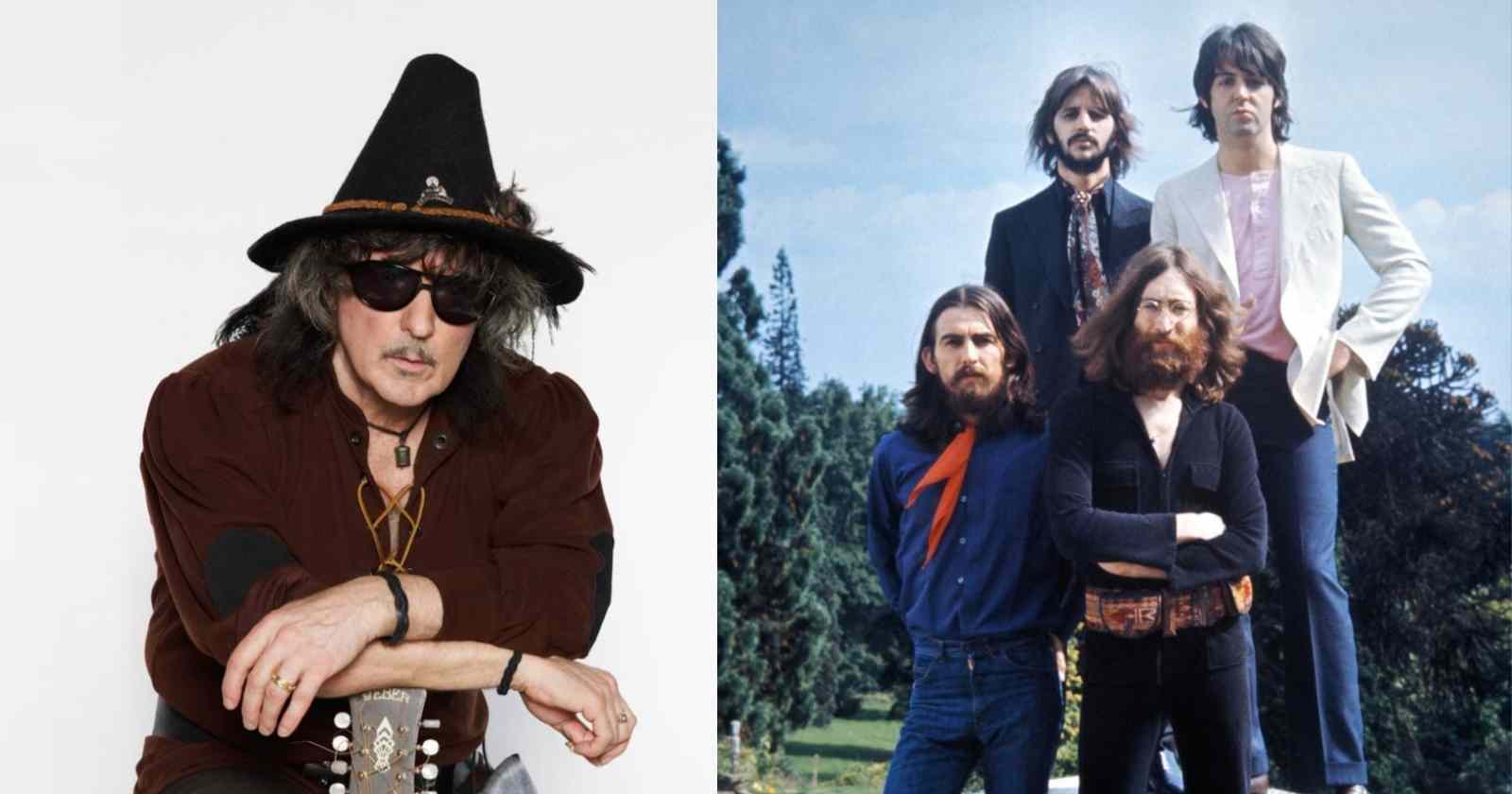 Famous for his work with Deep Purple and Rainbow, the legendary guitarist Ritchie Blackmore always gave his opinion on bands and artists, even if he doesn’t like them. Over the decades he talked about many musicians, including the band that is considered the best of all time: The Beatles.

Curiously, in 1968 Deep Purple covered The Beatles hit “Help” on their debut album Shades of Deep Purple, transforming the track completely with a Progressive/Psychedelic Rock approach.

What is Ritchie Blackmore’s opinion on The Beatles:

The British guitarist praised The Beatles over the years and recognized their importance. A few years after the Liverpool group came to an end, in an interview with Melbourne Radio back in 1976 (Transcribed by Rock and Roll Garage), right before giving his opinion on The Beatles, Ritchie Blackmore said he admired Paul McCartney and stated that “The Beatles were excellent. Probably the best band ever lived, without a doubt, along with Hendrix and Jethro Tull.”

During the same conversation he was asked which were the artists that he admired the most at the time and he replied: “I admire Paul McCartney and Ian Anderson. Especially Ian Anderson, his songs are just beyond me,” Blackmore that is also a huge Jethro Tull fan, said.

Talking with Eclipsed magazine back in 2018, Ritchie Blackmore once again talked about the British group saying they were the reference of all things: “When I started making music in the sixties, the beat wave was still in full swing. The Beatles were the measure of all things. Tommy Steele, a British rock’n’roller, was my first youth idol. But then the Beatles got more sophisticated and other bands like Procol Harum knocked me down,” Blackmore said.

Ritchie Blackmore left Deep Purple in 1975, created Rainbow that also became one of the most successful Hard Rock bands in history and then reunited with Purple again in 1984. During that period the legendary Beatles guitarist George Harrison had become a friend of keyboardist Jon Lord and drummer Ian Paice, who were his neighbours.

In the same year Blackmore, bassist Roger Glover and singer Ian Gillan returned to the band they played in Australia. Harrison happened to also be there at the time and went to watch their concert. The band invited the formed Beatle to the stage and they performed Little Richard’s classic “Lucille”.

The Beatle recllaed the experience in an interview with Warner Brothers Music (Transcribed by Rock and Roll Garage) back in 1987, saying: “They’re my neighbors, two of them, Jon (Lord) and Ian (Paice). They live near me. I’ve known them now for probably 8, 9 years. Yet they were so famous in the 70s, I got to know them in the period after they broken up before they reformed. So I never knew their music. I mean, I heard this one thing about ‘Smoke On The Water’ or something like that. I’ve actually never seen them and I heard that they are in the Guinness Book Of Records for being the loudest group in the world.”

“So I thought, well, I was in Australia at the time and they happened to be doing a concert in Sydney. So I thought I’d go an check them out. Get my earplugs and go and see them. I really enjoyed the show. I sat on the stage for part of the show behind the loudspeakers. Then I walked down and sat right on the center of the hall. It was not too loud. It was really funny. I liked it.”

“I thought Ian, who is my neighbor, Ian Paice, he is such a good drummer and Jon Lord, rocking his organ (laughs). Ian Gillan, I thought he is just a scream, he is really funny. I enjoyed. They said ‘Hey! Here’s a guitar, come on!’ So I just went on and sang, I don’t know what it was. I was playing the wrong key. But it didn’t seem to matter,” George Harrison said.

Blackmore also rated John Lennon‘s “Gimme Some Truth” track in 1971. In an interview with Melody Maker back then, the magazine played some tracks to the guitarist without telling him from who they were, so that he could react to them. The musician quickly realized it was a Lennon track and said: “Is it his new LP? I really like it. I have heard three tracks off it. But not this one, I am going to buy it.”

“All the tracks are pretty good, especially that one about Paul McCartney. If it didn’t so much bad feeling about it, it would be a great record. This track I didn’t enjoy that much. It sounded like a semi-pro group to start with. It was very average. The musicainship is not great. But that’s not where John Lennon is at,” Ritchie Blackmore said.