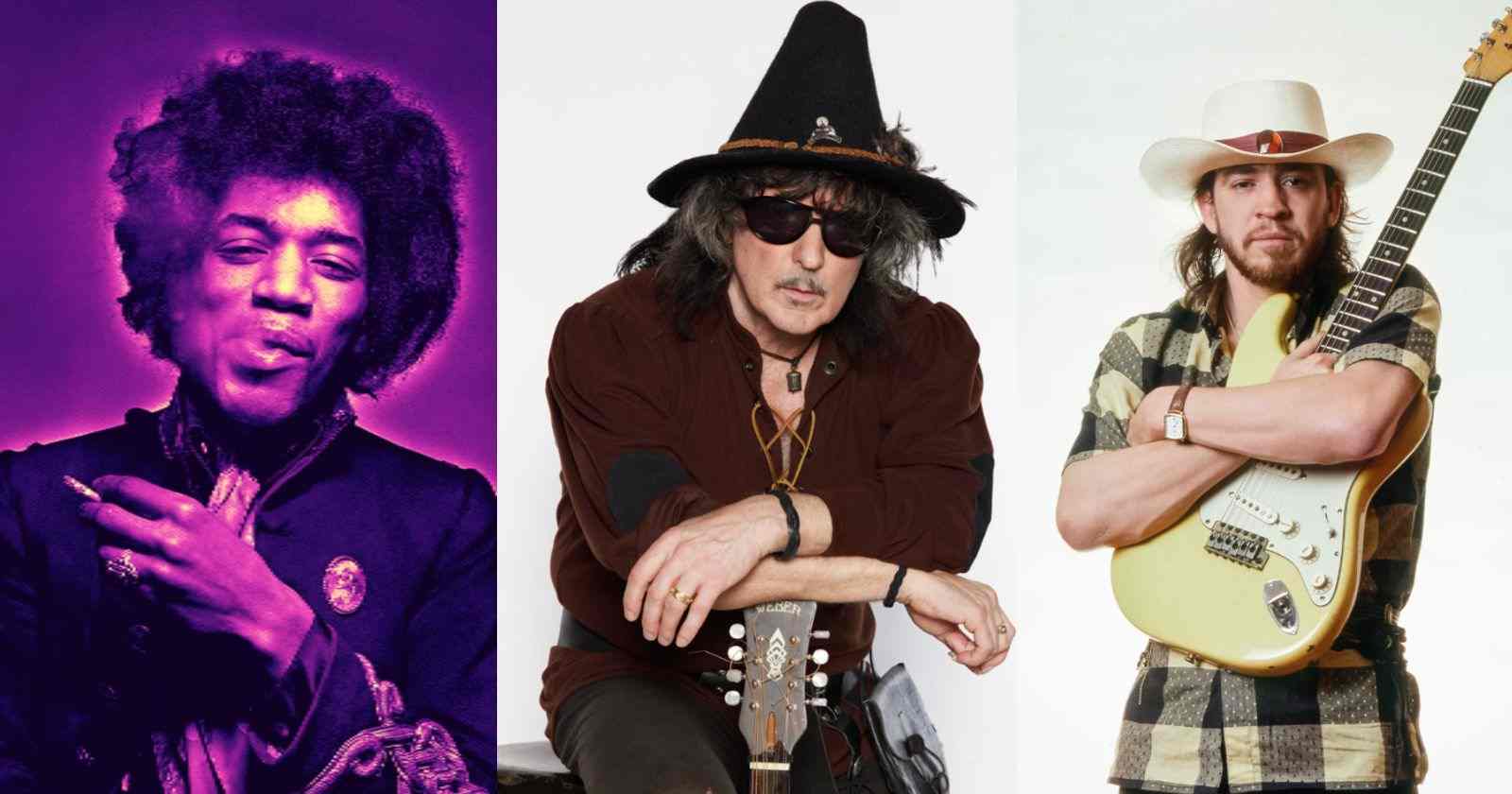 Rainbow and ex-Deep Purple guitarist Ritchie Blackmore always been sincere in his statements, never hiding his thoughts. In an interview with Guitar World back in 1991 he gave his opinion on Jimi Hendrix and Stevie Ray Vaughan.

What is Ritchie Blackmore’s opinion on Hendrix and Stevie Ray Vaughan:

“I was impressed by Hendrix. Not so much by his playing, as his attitude – he wasn’t a great player, but everything else about him was brilliant. Even the way he walked was amazing. His guitar playing, though, was always a little bit weird. Hendrix inspired me, but I was still more into Wes Montgomery. I was also into the Allman Brothers around the time of those albums.”

Blackmore doesn’t hide that he “stole” many guitar riffs from songs that he used to listen. The musician recalled in an old TV interview posted by Ritchie Blackmore Youtube Channel that the ideia for “‘Speed King’ was based on ‘Stone Free’ by Jimi Hendrix. “I really liked his stuff at the time. And there is a little bit of ‘Fire’, do you remember ‘Fire’ by Jimi Hendrix?” Blackmore said.

What did you think of Stevie Ray Vaughan?

“I knew that question was coming. His death was very tragic, but I’m surprised that everybody thinks he was such a brilliant player when there are people like Buddy Guy, Albert Collins, Peter Green and Mick Taylor; Johnny Winter, who is one of the best blues players in the world, is also very underrated. His vibrato is incredible. Stevie Ray Vaughan was very intense. Maybe that’s what caught everybody’s attention. As a player, he didn’t do anything amazing.”

In the same interview with Guitar World Ritchie Blackmore talked about Yngwie Malmsteen:

“He’s always been very nice to me, and I always get on very well with him. I don’t understand him, though—his playing, what he wears. His movements are also a bit creepy. Normally you say, “Well, the guy’s just an idiot.” But, when you hear him play you think, “This guy’s no idiot. He knows what he’s doing.”

“He’s got to calm down. He’s not Paganini—though he thinks he is. When Yngwie can break all of his strings but one, and play the same piece on one string, then I’ll be impressed. In three or four years, we’ll probably hear some good stuff from him.”

British guitarist and songwriter, began his professional career as a session musician as a member of the instrumental band The Outlaws and as a backing musician of pop singers Glenda Collins, Heinz, Screaming Lord Sutch, Neil Christian. Blackmore was also one of the original members of Deep Purple, playing jam-style rock music which mixed simple guitar riffs and organ sounds