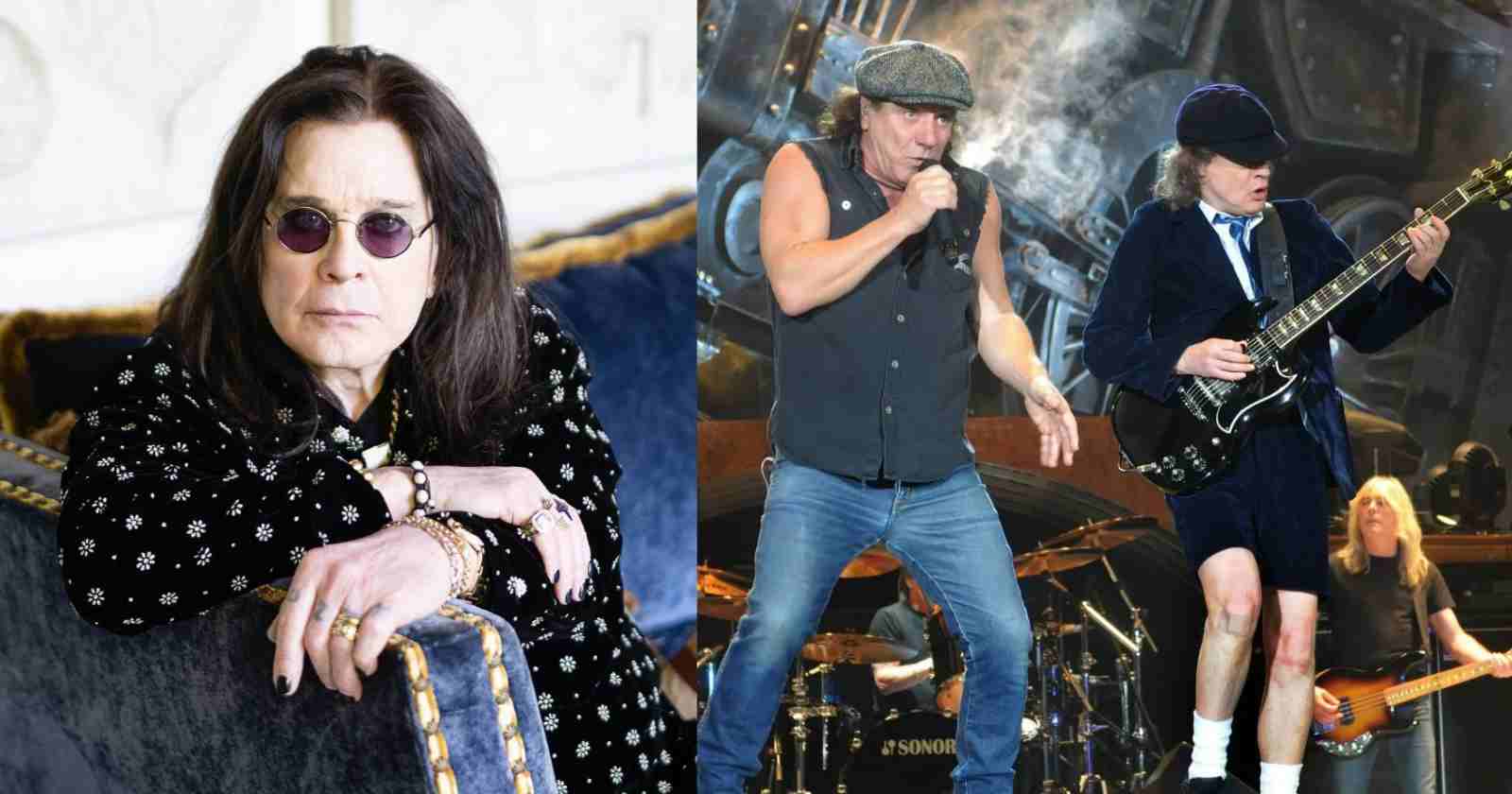 AC/DC released their debut album in 1975 in Australia during the next decades they influenced many generations of musicians and bands with their sound and lyrics. They are one of the best-selling groups of all time with an estimated amount of 200 million records worldwide and their 1980 album “Back In Black” still is one of the most successful records in history. Over the years many musicians gave their opinion on the band founded by brothers Malcolm and Angus Young, including the legendary Black Sabbath vocalist Ozzy Osbourne.

What is Ozzy Osbourne’s opinion on AC/DC

Talking with Rolling Stone back in 2017, the singer Ozzy Osbourne revealed his 10 favorite Heavy Metal albums of all time and he listed among them AC/DC‘s classic record “Highway To Hell” released in 1979. “I love Brian Johnson but to me my good friend, the late Bon Scott, was the best singer AC/DC ever had. This album was like an addiction to me.” In an conversation with the Broken Record Podcast back in 2020, Ozzy Osbourne once again said Scott is his favorite singer of the Australian group: “Bon Scott was a great singer. I mean, Brian [Johnson] is good. But I prefer Bon.”

That record was the last one to feature the band’s classic vocalist Bon Scott who tragically died at the age of 33 in 1980. It has classic songs like the title-track, “Touch Too Much”, “Shot Down in Flames”, “If You Want Blood (You’ve Got It)” and “Night Prowler”.

Even though AC/DC was kicked out of a tour with Black Sabbath in the 70s after a discussion between Malcolm Young and Geezer Butler, Ozzy is a huge friend of the band and even introduced them with a video at the premiere of their “AC/DC: Live At River Plate” DVD back in 2011. He said (Transcribed by Rock and Roll Garage): “I’ve met AC/DC for the first time touring in Sydney with Black Sabbath. I remember thinking ‘these can’t be around touring using so much energy at every concert. They’re (not gonna be able to do that in a few years).”

“Angus is like a machine that never stops. He keeps going and going. He still got the fucking energy, man. They are a really great bunch of guys. They are my friends, are real people. I love them all, God bless them. (…) There is no other band in the world like them. (They) are a meat and potatoes band. There is no bollocks, there is no fucking around. Whether  you like them or you don’t and I’m proud to say I love them,” Ozzy Osbourne said.

In a video posted back in 2016 to promote AC/DC’s album “Rock Or Bust” guitarist Angus Young explained why Ozzy Osbourne calls their music “meat and potatoes,” saying: “I play guitar when I feel like playing guitar. That’s how I learned to play. It was a never, ‘You must do that.’ It was a case of you wanted to do that and you felt like doing it. The music has a lot of power. It’s simple, but it’s also kind of complex.”

“Ozzy Osbourne calls us ‘meat and potatoes’. It’s as good a description as any. You’re trying also to communicate to the whole building. You’re hoping that that sound gets to the very back of the hall so that they’re getting the same feeling as the people who are close.”

“Over the years, you can pace yourself. Maybe I’m lucky. I always kind of get a second and third wind. Sometimes I do not know where it comes from. Sometimes I look and I feel tired. Then, out of the blue, I play a bit of music and then I go, ‘Oooh. What am I doing?’ And I’ve moved from one end of the stage to the other. Once you are on stage, you go, ‘I can’t get off now.’ The real world goes away, and you get to go into another world. You just get on and you get on and that’s it,” Angus Young said.

AC/DC was inducted into the Rock and Roll Hall Of Fame back in 2003 by Aerosmith vocalist Steven Tyler. “AC/DC is the ultimate middle finger aimed at the establishment”, Tyler said in his speech.