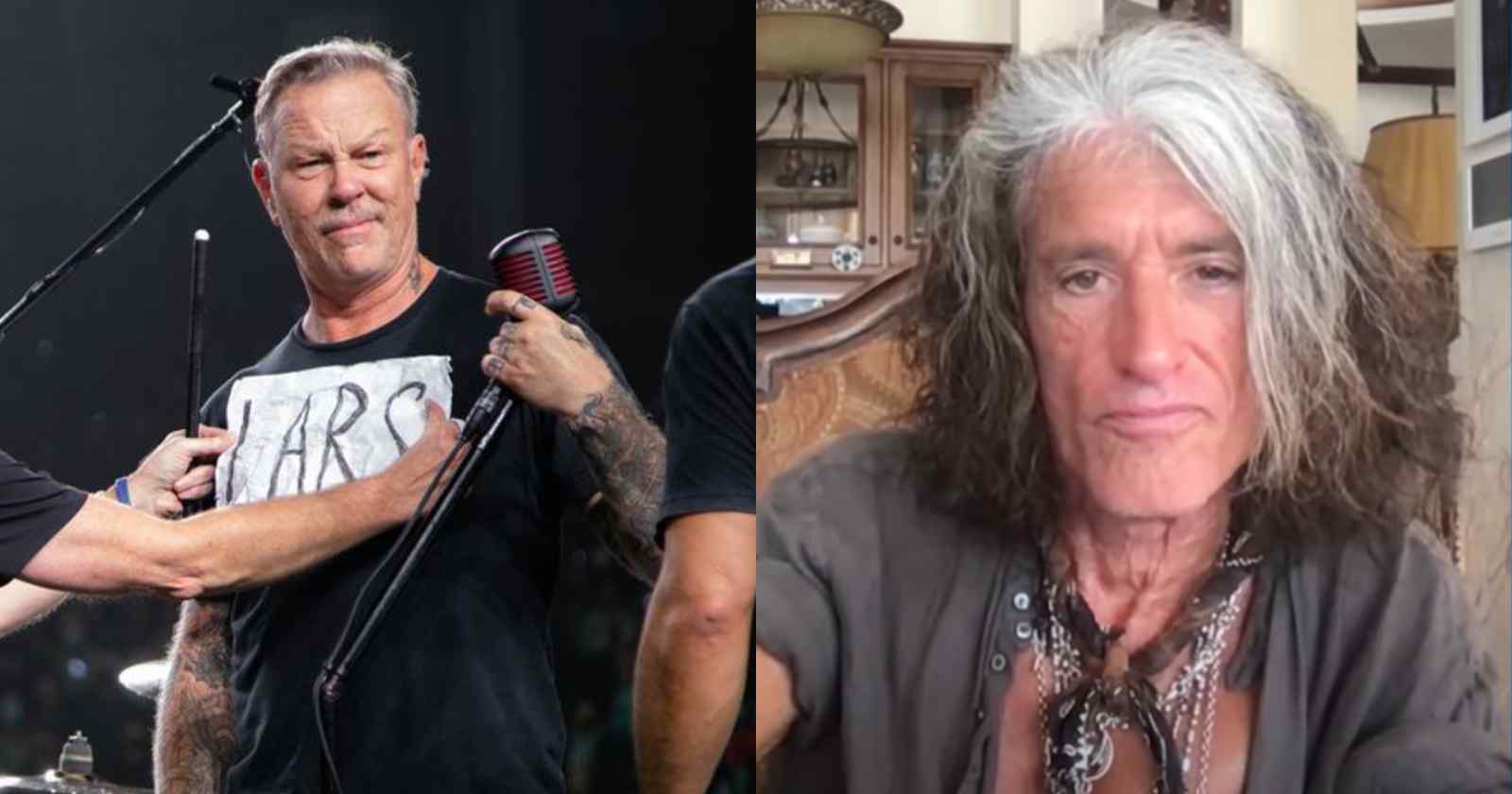 Images from Brett Murray and The Cura Foundation

Aerosmith is one of the most successful bands of all time with more than 150 million records sold worldwide. Many musicians talked about Steven Tyler, Joey Kramer, Brad Whitford, Tom Hamilton and Joe Perry over the years and one of them was Metallica singer and guitarist James Hetfield.

What is James Hetfield’s opinion on Aerosmith:

Metallica was invited by MTV Icon (Transcribed by Rock and Roll Garage) back in 2002 to honor Aerosmith on the show and James Hetfield was one of the members of the Thrash Metal group that shared his love for the Hard Rock band from Boston and revealed his favorite song, saying: “I would just like to close my eyes and imagine myself in my room as that teenager listening to ‘Toys In The Attic’ and ‘Rocks’, playing them to the grooves were worn out, listening to every Brad and Joe lick toward the very end and I could sing everyo one of those things.”

“I would turn them up so loud to get every last note that the next song would scare the hell out at me. Especially little things like before my favorite song ‘Nobody’s Fault’, someone walked in the studio and I heard a door, I simply thought that was so cool, ‘they didn’t take that out!'”

“But anyway there were plenty of posters on my wall and the one that really meant a lot to me was the one of Steven and Joe up there singing into the same microphone and my mom, God rest her soul, she was an artist and she projected my image onto the wall and painted me as Steven and as Joe, in a silhouette, it was so cool, it was in my room. I just couldn’t decide which was cooler, so I decided to sing and play guitar.”

“Also I just wanted to acknowledge how much I admire you as humans and in this music business is really tough to stay human. There is a lot of people that demand a lot of things from and all the hell that you guys have gone trough and come through as stronger people are extremely inspirational to especially myself, someone who has fallen and I love you guys, thank you”.

In an interview with Guitar World in 2009, Hetfield revealed that the first concert he went to was Aerosmith and AC/DC at the age of 15 at the Long Beach Arena in July 12, 1978.

Why James Hetfield wrote letters for Aerosmith when he was a teenager:

Hetfield recalled in an interview with Rolling Stone back in 1993 that he used to write letters for Aerosmith when he was a teenager. He said that he couldn’t understand what they were saying in the songs back then. “I wrote letters to Aerosmith. They were my all-time favorites back then. I wanted the lyrics. “Man, I can’t understand what the fuck he is singing. Can you please send me the lyrics?” I sent it to Steven [Tyler], Joey [Perry], Tom [Hamilton]. . . . I put all their names on the letter. Of course, I expected something back. I had no idea of the magnitude of it all.”

“Because they were so personal to me. I could feel their music, they were my buddies. And I didn’t get anything back. I got an order form for a Draw the Line T-shirt. Wow, thanks a lot. When we started getting more into the music and meeting these people, it was, hell, they’re regular guys. They have problems dealing with the public. But I did learn a lot about how I would like not to treat our fans.”

Aerosmith was inducted into the Rock and Roll Hall of Fame in 2001 by Kid Rock, who said in his speech that “Aerosmith blew away the stereotypes and defied their critics.”

Aerosmith was a huge inspiration for James Hetfield

Once again James Hetfield shared his love for Aerosmith in an interview with WAAF Boston (Transcribed by Rock and Roll Garage) back in 2017, where he recalled the poster on his wall: “I couldn’t decide who I wanted to be. I wanted to be a guitar player, I wanted to be a singer and I kinda eneded up doing both. Joe Perry and Steven Tyler were huge, huge part of my growing up. So much that I had my mom paint me on the wall looking like those guys.”

“I just wanted to be up there, being a poster, I thought it was cool, it was super cool. I love what music did for me, how it brought me to a certain place, how it made me feel a part of it, it was speaking for me. Maybe there are some kids out there now that have a Metallica poster up there. One day, you know, it can happen, it can truly happen if you stay honest with yourself.”