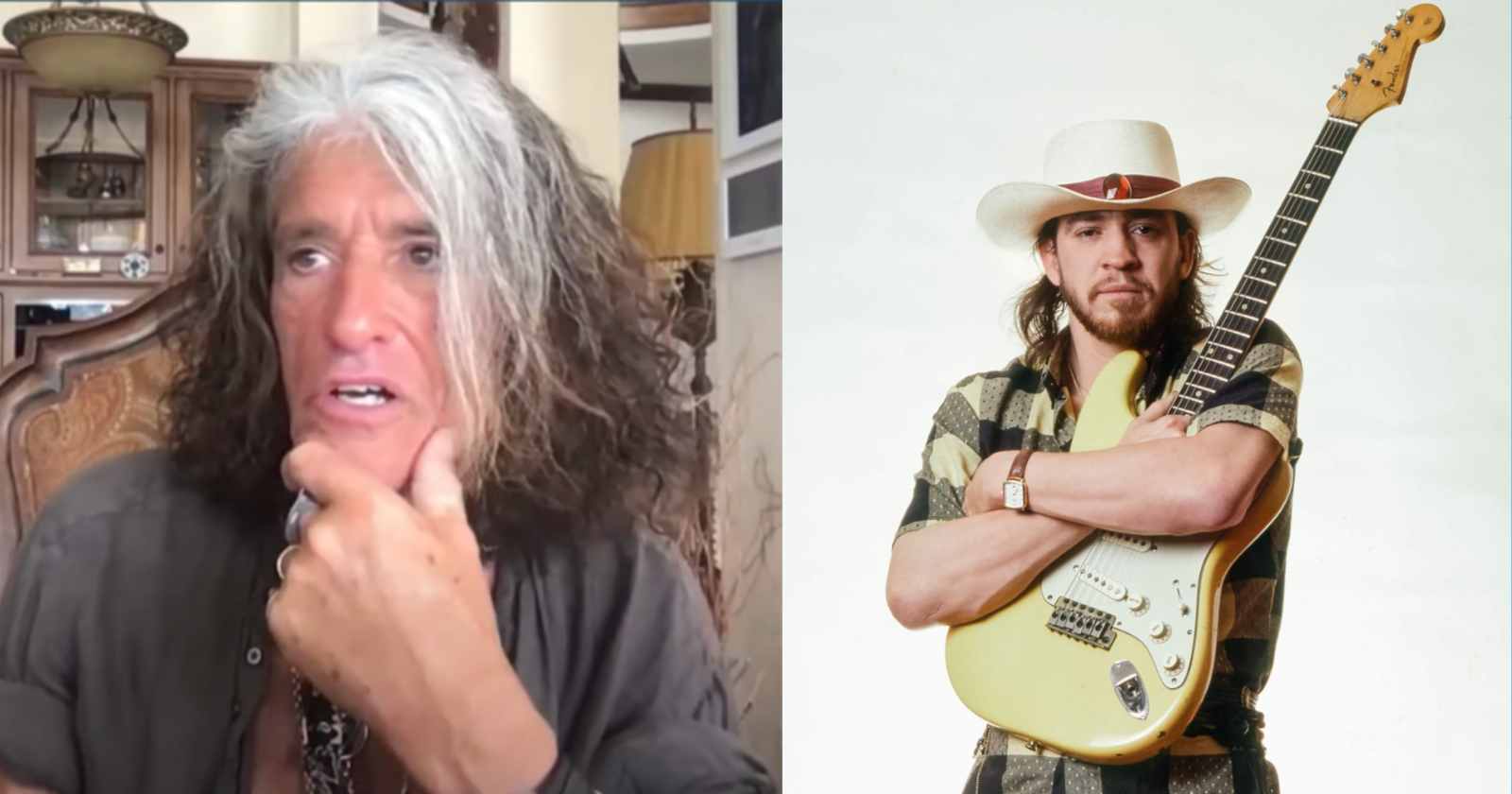 Guitarist Stevie Ray Vaughan brought the Blues back to the mainstream music in the 80s and influenced a whole generation of guitar players, but tragically died in a helicopter crash at the age of 35 in 1990. Many musicians talked about the late guitarist over the decades and one of them was Aerosmith‘s Joe Perry.

What is Joe Perry’s opinion on Stevie Ray Vaughan

Joe Perry talked about the late Texan guitarist in an interview with Music Radar back in 2004 when asked if working from a ‘limited palette’ made him a better guitarist: “It’s tough to work in such a finite space and do something new and interesting. I guess that’s why there aren’t too many fresh new blues songs. But you can’t be afraid to try it.”

“I think Stevie Ray Vaughan was one of the best guitarists to get something new out that space. He knew his chops, obviously, and he’d paid his dues too. But he also wrote a lot of cool songs that crossed over into rock-land.”

“Stevie played the blues but he also wrote hits, and that’s a cool thing. Jack White from The White Stripes is doing the same thing now. He’ll play songs in concert and I guess a lot of fans won’t know what it is – it’s Son House.”

According to Joe Perry, Stevie Ray lived the Blues

In an interview with The Austin Chronicle back in 2004 he listed some of his favorite guitarists from Texas and Stevie Ray Vaughan, who was born in Dallas was one of them: “Stevie was one of the few that really captured it for me. A lot of people can imitate the blues, but very few lived it. And it came out in his playing. I’m still stunned that Stevie Ray Vaughan isn’t with us. I remember when I heard the news. I was in Barcelona, and it was just devastating. Really devastating.