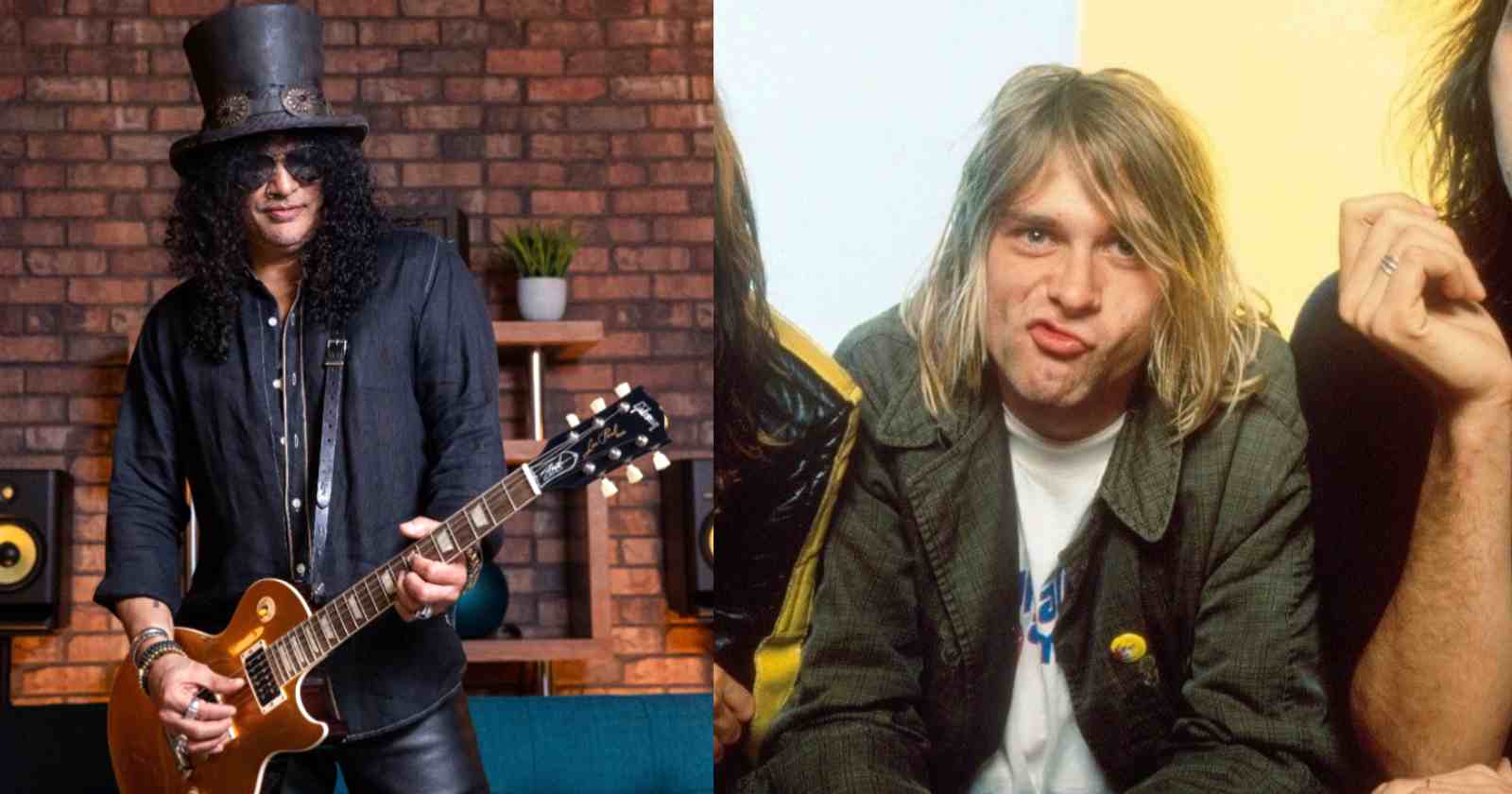 Slash achieved fame with Guns N’ Roses in the late 80s when the so called ‘Hair Metal’ was the most successful subgenre in Rock and Roll music and a few years later when they were already a famous band they had another big enemy, the Grunge Rock, that was ‘killing’ Heavy Metal and Hard Rock, taking control of the Rock mainstream. The most famous band of the new subgenre that emerge back then was Nirvana, that ended too soon after the tragic death of guitarist and singer Kurt Cobain in 1994.

Over the years many musicians talked about the Nirvana and one of them was Slash, that gave his opinion in interviews over the years, also talking about other bands of that era.

What is Guns N’ Roses Slash opinion on Nirvana

In an interview with Kerrang! back in 2019, Slash said he doesn’t like the way that writers refer to Guns N’ Roses, saying that Grunge was what killed the group. Because on Slash’s opinion, they were big already and that didn’t affected them anymore: “It was kinda lame that music writers at the start of the ‘90s could only create an identity for the Seattle bands by setting them up as anti-Guns N’ Roses. I know writers like to consider the whole ‘birth of grunge’ as the death knell for Guns.”

“But we were so big at that point that the emergence of the grunge bands didn’t really matter to us. Personally, I thought Nirvana were cool. I have four of their albums. But they weren’t as heavy or riff-oriented as Soundgarden or Alice In Chains. So those were actually my two favourite Seattle bands. I guess Axl and Kurt Cobain had some issues. But Dave Grohl is on my album with Duff (McKagan). So at least one member of Nirvana didn’t hate me!”

In an interview with MTV (Transcribed by Rock and Roll Garage), Slash also praised Kurt Cobain, saying: “I thought the guy was brilliant, it’s a loss but at the same time was probably inevitable that he did what he did but he wrote some great stuff.”

Slash’s ex-bandmate, the guitarist Gilby Clarke recalled in an interview with 80s Metal Recycle Bin in 2021 that when Grunge was at the height of success people used to make fun of Slash. “Somebody saw Slash and goes, ‘Oh, my God – look, it’s Slash!’ But they were laughing, like he was a cartoon character, not Slash from Guns N’ Roses.”

“Three or four years before that, (he) was the coolest motherfucker on the planet. So that was a couple of things that we could kind of tell that things were changing a little bit. Some bands were starting to be a little cartoonish rather than having the musical credibility.”

Nirvana were invited by many famous bands in the early 90s to be their opening act and one of them were Guns N’ Roses. However, they refused the invitation as Kurt Cobain revealed in an interview with Gilbert Blecken back in 1991, saying that “We don’t really wanna play in huge arenas supporting someone.”.