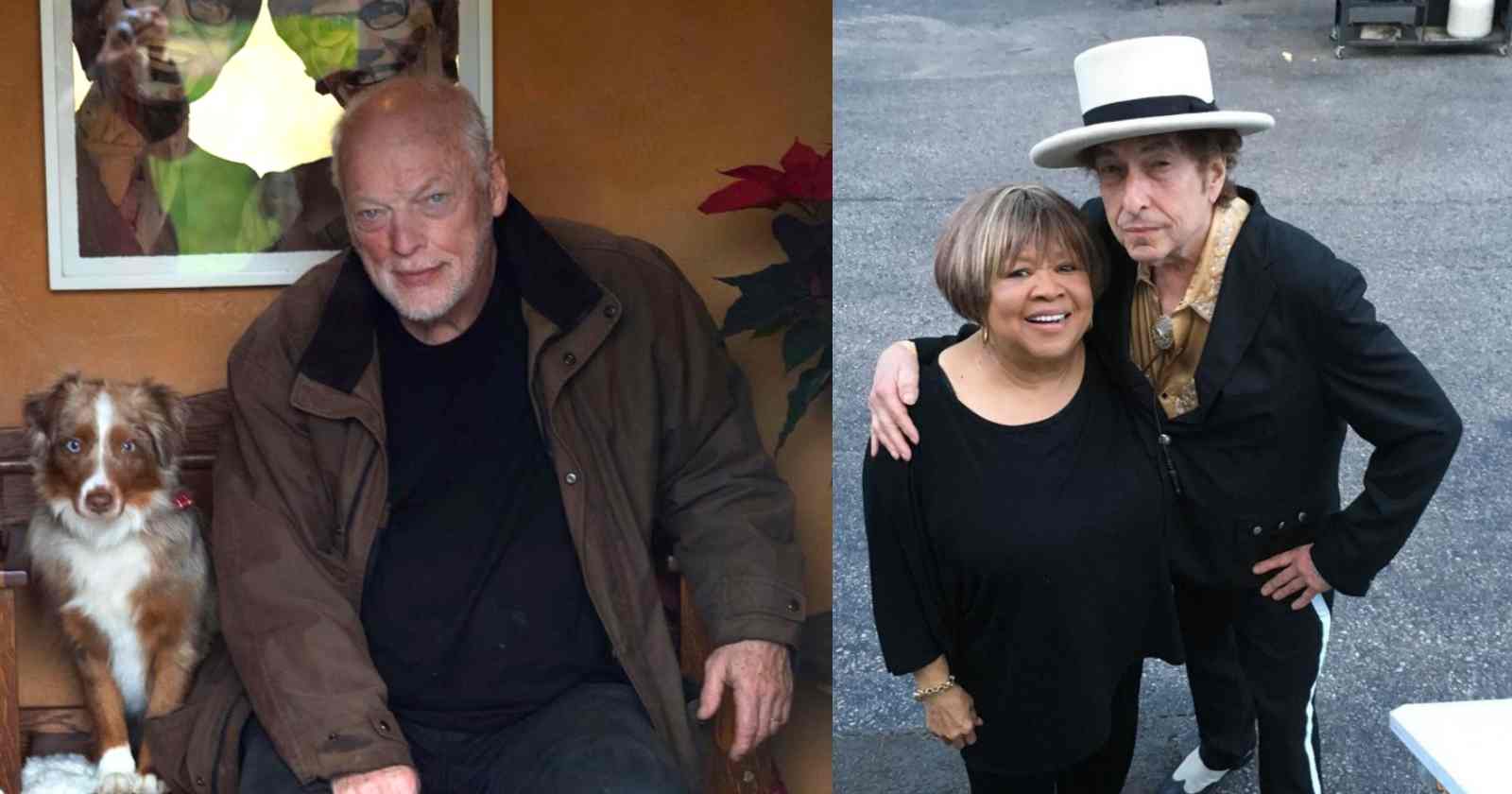 One of the most important musicians in history, Bob Dylan influenced millions of artists worldwide and is now an important part of especially the American culture. Over the decades many other famous musicians talked about Dylan and gave their opinion on him. One of them was the legendary guitarist and singer David Gilmour.

He is an important part of the success of Pink Floyd and helped the band to become one of the best-selling of all time with an estimated amount of more than 250 million records sold worldwide.

What is David Gilmour’s opinion on Bob Dylan

Bob Dylan started as a Folk musician and became known for his acoustic guitar playing and complex lyrics. But he then adopted the electric guitar to his sound. At the time many fans didn’t like that. But that didn’t bother David Gilmour as he revealed in an interview with newspaper The Guardian back in 2006. “To me, I was never one of the people who thought Dylan was a monster for going electric. I liked the change.”

“But I must say the power of the young Dylan as the acoustic-playing protest singer- which he’s always denied. But sorry Bob, you were a protest singer. Just to get his guitar and play to a crowd of people and it’s like an arrow. His words come out and the music. People underestimate his actual musical abilities. And the melodies and the words just shoot out like an arrow. I think he was unbelievable. And is,” David Gilmour said.

The Pink Floyd guitarist and singer is a big fan of Dylan’s music and back in 2003 in a conversation with BBC Radio 4, he chose Bob Dylan’s song “Ballad In Plain D” from the 1964 album “Another Side Of Bob Dylan” as one of the tracks he would like to take to a desert island. He explained his decision, saying (Transcribed by Rock and Roll Garage): “I’ve lived through a lot of his heavy protest stuff. But this was another side I’m very keen on. This sort of love song approach. He is wonderful.”

Over the decades Bob Dylan never gave many interviews and rarely talked about other artists and bands but according to Gilmour he liked one Pink Floyd album. In an interview with Record Collector magazine back in 2003, David Gilmour revealed that he had met Dylan a few times already. “The second time we met was around the time of ‘The Delicate Sound Of Thunder’. He said (adopts perfect Dylan accent) hey, I love your record, The Dogs, man. I was so thrilled. Not many Pink Floyd fans like this track. But Bob does. So it was OK with me.”

The album mentioned by Dylan according to Gilmour is “Animals” released in 1977 that has famous tracks like “Dogs” and “Pigs”.

In the same conversation he listed Bob Dylan as a big influence, alongside names like Hank Marvin, Pete Seeger, Lead Belly and many Blues musicians. His love for the American Folk musician started when he got Dylan’s first record on his 16th bithday. He recalled that moment in an conversation with BBC Two back in 2015 (Transcribed by Rock and Roll Garage): “I got Bob Dylan’s first record for my 16th birthday. They (his parents) send me from Greenwich Village (New York). Before that they send me the Peter Seeger’s guitar tutor record, which is my only actual instruction (To play guitar). (It) was with Peter Seeger’s guitar tutor record,” David Gilmour said.

Born in Duluth, Minnesota back in 1941, Bob Dylan has a career spanning more than 6 decades and he released 39 studio albums so far. In 2016 he was awarded with the Nobel Prize in Literature for his songwriting and contribution to music. He also was inducted to the Rock and Roll Hall Of Fame back in 1988.