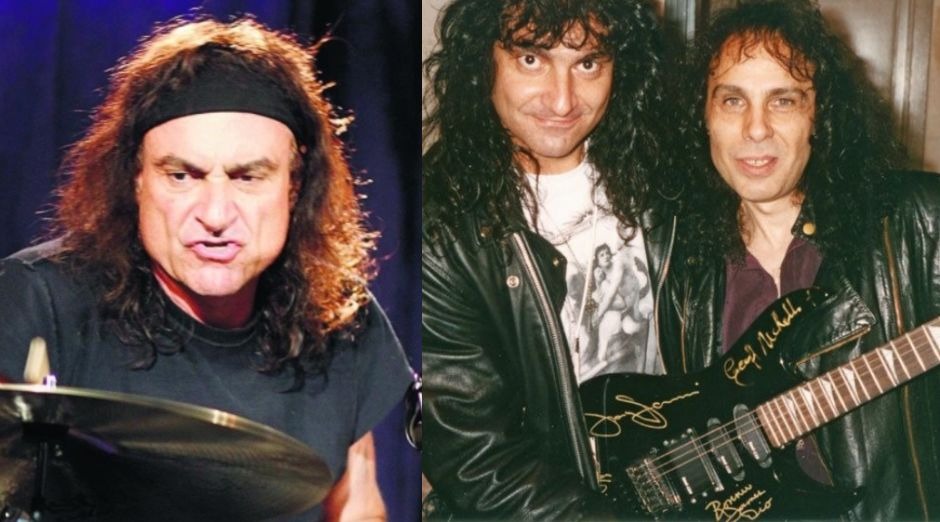 This year marks the 10th anniversary of Ronnie James Dio’s passing. And I’d like to ask you about the very beginning: How did you first meet Ronnie, and do you remember your first impression of him?

“I met Ronnie at the first Sabbath rehearsal. I never encountered or met him before. But I got a call from the tour manager, and he said: ‘Sabbath’s looking for a drummer; they’re in LA. Wanna come down and meet Tony at the hotel tonight?’ And I said ‘Sure!’ 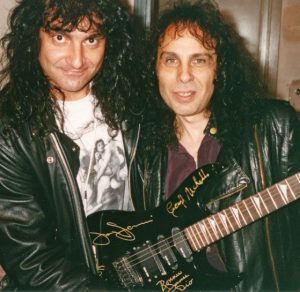 “I met Tony [Iommi, guitar] that night. We hit it off well and he invited me to come down to the rehearsal the next day which was in California, in LA. And when I went down, I met Ronnie for the first time. And Geezer [Butler, bass] and Geoff Nichols [keyboards].

“We all got along great and then talking to Ronnie, we had a lot of things in common, you know, we’re both Italian, we’re both from New York. He’s from upstate and I’m from Brooklyn. He just seemed like such a really down-to-earth guy and nice person. And when he started singing, it was amazing, you know, totally amazing, blew me away.”

Do you remember this first rehearsal with Dio and Sabbath? What was your first impression like when you sat down to play with the band and how did you fit in?

“It was pretty loose, and then they said, ‘What do you want to play?’ And I wasn’t a huge Sabbath fan. Obviously, I liked Sabbath and I listened to some of the songs, but not enough to really know all the parts.

“But it just so happened two weeks before this that I heard ‘Neon Knights’ on the radio. I’m driving and I hear ‘Neon Knights’ come on and I went, ‘Wow, that’s really good!’

“I wasn’t familiar with Ronnie at that point, and I thought, ‘The new singer for Black Sabbath sounds great! Wow, what a voice!’

“And two weeks later, I wind up going down and meeting everyone and Ronnie, and they said, ‘What do you want to play?’ And I said ‘Well, let’s play ‘Neon Knights.”

Do you remember the first show you did with Sabbath? How did that go down?

“Yeah, so what happened was they really liked the way I played, but they only had four days to rehearse. And it was, like, we worked a little bit and then they all went to the pub to have a drink. And I stayed back with the keyboard player, Geoff, and we worked on the songs.

“So it was kind of a rush, like, ‘Wow, we’ve got a lot of work to do. I’ve gotta learn 15 songs in three days!’ And we played the first show, it was an outdoor show in Hawaii at Aloha Stadium. We didn’t rehearse that much because we kept going to the pub. [Laughs]

“And then the last day, everybody’s getting a little nervous, like, ‘Uh-oh, we only got one more day, we better stay here and not go to the pub.’ So, that’s the way it was. And what I did was I wrote like a notebook, a cheat-sheet kind of thing with all the parts and what’s gonna happen in the songs. 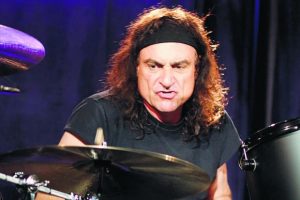 “I could write it out somewhat, but not a chart, just different things like ‘stop’ and ‘tempo slows down’ and ‘guitar starts,’ all this stuff to help me through it. So I had a book to help me. And that was the first show, there were 30,000 people there.

“And then it started to rain halfway through and my book got wet, it got all messed up and I couldn’t read it anymore so I had to wing it. But we did okay, the endings are a bit long, but we did good.”

You didn’t make any noticeable mistakes or skip anything?

“Yeah. We got through it, yeah. It might have been little mistakes in there. And then the endings were long because we would keep looking at each other and going, ‘OK, you ready?’ It took a little bit more time to go, ‘Yeah! Now!'”

Do you perhaps remember what Dio’s favorite song from the time was, and did he have a favorite from the Ozzy Osbourne era?

“You know, I don’t think he had a favorite during the Ozzy era because Ronnie, really, that wasn’t his thing, to sing Ozzy songs. He was known from Rainbow and who he is, and he just felt he’s singing somebody else’s songs.

“But even though he did an amazing job. But one of the songs he loved was from ‘Mob Rules’. It’s like ‘Falling Off the Edge of the World,’ ‘Over and Over’ – he loved those.