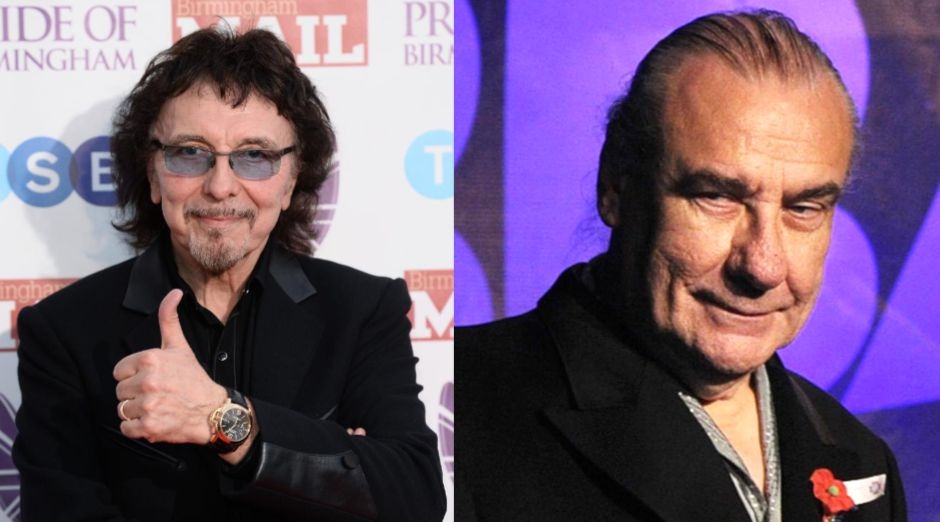 In an interview on Gibson TV, legendary Black Sabbath guitarist Tony Iommi revealed some crazy practical jokes they group did with drummer Bill Ward back then.

“The painting gold prank one was when we were in Los Angeles. We were recording [1972’s] ‘Vol. IV,’ I think, and we rented a house in Bel Air, of John du Pont, the famous Du Pont products – the paints, and lighters, and all that rubbish.

“And so, we rented his house, and it was lovely, it got a ballroom and everything, and the idea was: we were going to write the album there. We had all the gear set up by the pool, and we’d go rummaging around the garage, and there were all these paints in there, spray paints and lacquers and god knows what else.

“One night, Bill Ward, he got absolutely pissed as a parrot; I mean, he was so drunk, so he got back to the house and he couldn’t get his clothes. So he’s got his clothes off, and for some silly reason, we had an idea to paint him gold.”

“We got these spray-can paints and sprayed him in gold everywhere, and then got this lacquer and lacquered him – clear lacquer. And he was laughing at first, but then he got really violently sick, and he was, like, *makes vomit sounds*.

“And of course they came out, and they just ripped us apart. ‘You idiots, you could’ve killed him!’ And they gave him a big injection to perk him up. They said, ‘We got to remove this straight away.’

“So we went into the garage again, and we got this paint stripper, came back, started rubbing this paint stripper on him and of course, he went all red there. He was like beetroot, it was just mad. Really stupid, I mean, you never thought of the consequences, really. He could’ve died there.”

“The same way was setting him [Bill] on fire. It became a bit of a joke at first; we’ve done this party piece where Bill would – me and Bill had a thing, you know, the studio, alcohol stuff that you can put on a burn. It just burns off.

“We’ve got this producer, Martin Birch [on 1980’s ‘Heaven and Hell’], and he came into the studio, and he was a bit frightened of us because of the reputation of Sabbath and everything. Bill walked in, and I said, ‘Bill, can I set fire to you?’ And he said, ‘Not just now, I’m busy.’ ‘Okay then.’

“Ad he went out into the drum room, fiddling about his drums, and then he came back: ‘Okay, I’m ready now. Do you want to set me on fire?’ I went, ‘Okay.’

“Matin Birch is going, ‘What the hell is going on?’ So, I’ve got these two bottles of rubbing alcohol and poured them on Bill, and of course, it soaked into his clothes and I lit him, and it went up like a bomb.

“I put too much on. Instead of it just burning enough, it burnt through his trousers, burnt all his legs, and so he had to go to a hospital. He had third-degree burns.

“He was rolling on the floor, and I thought it was part of the joke, so I’m still pouring the stuff on him. It was absolutely mad. We were lucky we got away with it, really.

“Then I felt so bad for Bill because he got these burns down his leg. And his mother phoned me up – and did she ever go at me. ‘You barmy bastard! Bill might have to have his leg off!’

“I went, ‘What?!’ I don’t know what he told her, he must have told her he must have to have his leg off. So that party piece was out of the window as well, we didn’t do that again.”