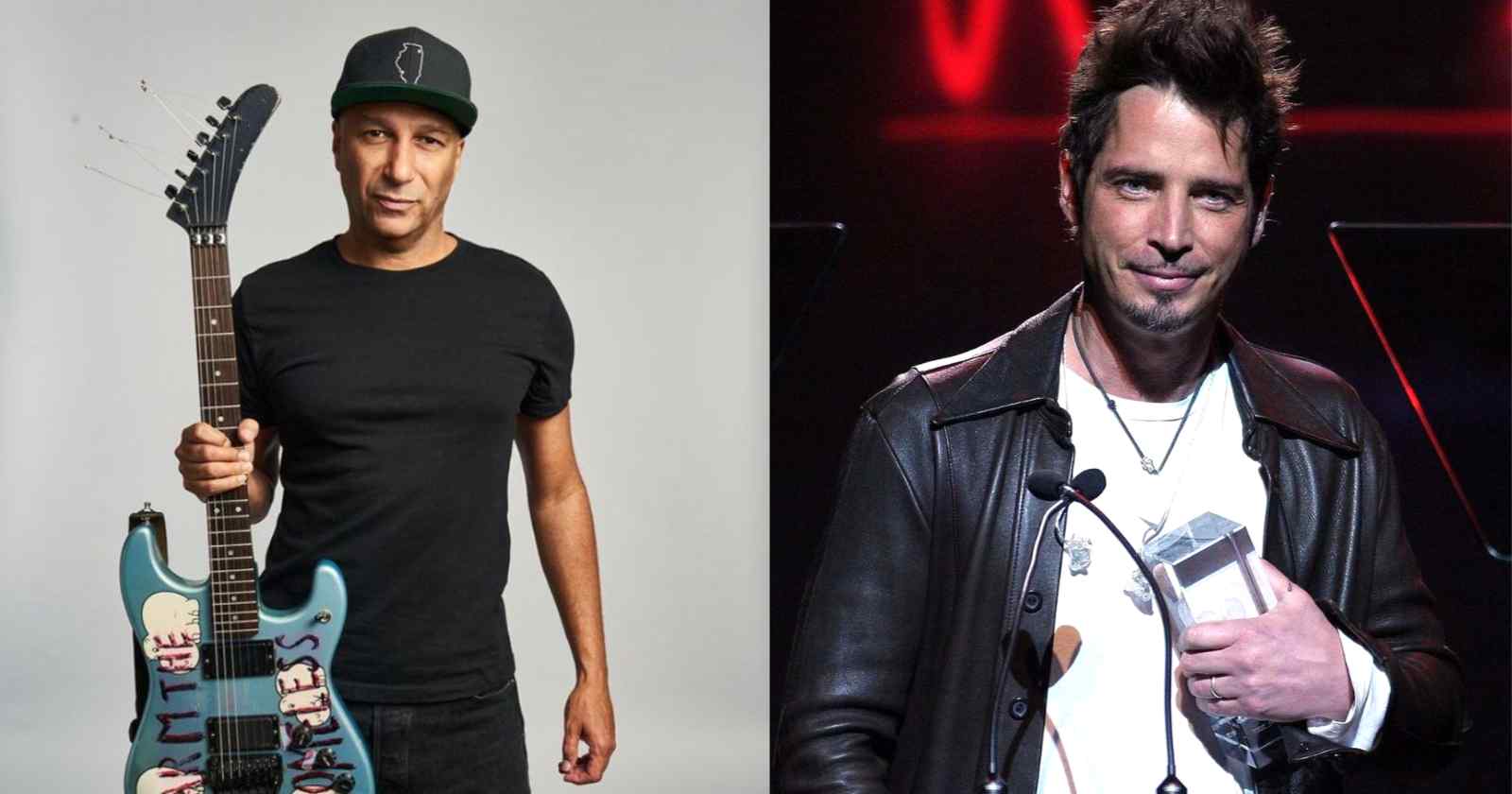 Rage Against the Machine guitarist Tom Morello recalled in an interview with Metal Hammer the first time he saw the late singer Chris Cornell. The first time they met was with the help of the producer Rick Rubin and Morello recalled that Cornell had “a dark, Edgar Allan Poe poetry to him” and even in the place he lived.

“When Rage broke up, Brad (Wilk), Tim (Commerford) and I still wanted to play together. We kept listening to (Soundgarden’s 1991 album) Badmotorfinger. Chris had an amazing voice, but he had a dark, Edgar Allan Poe poetry to him. We wondered what he was really like. So we decided to go talk to him.”

“He doesn’t leave the house for anything (Rick Rubin), unless it’s in a Rolls Royce inside another Rolls Royce, but he’s in my van. Chris lived in LA at the top of the last and loneliest mountain. It was dusk and the sunlight was going and this mansion he lived in was creepy as hell, the gates just opened like Addams Family style.”

“We drove in and there is Chris, 6’2 and a half, lanky of frame, dark of countenance. He starts slowly walking towards us and Rick freaked out and goes, ‘Let’s get the fuck out of here!’ We stayed, he was the most loving and generous guy and we were in a band for six years together.”

Chris Cornell joined the members of Rage Against The Machine to form Audioslave in 2001. They were active from 2001 to 2017 and in 2017, before Cornell’s death.

The Soundgarden and Audioslave vocalist Chris Cornell was found dead at the age of 52 in his Detroit hotel room on May 18, 2017 after performing at a Soundgarden concert an hour earlier. The death cause was suicide by hanging.