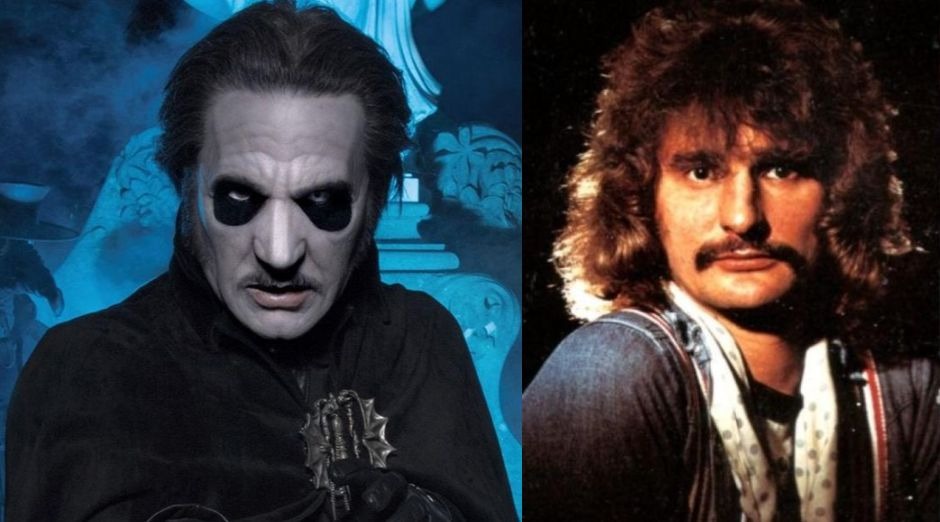 In an interview with Loudwire, Ghost leader Tobias Forge revealed that the classic progressive\hard British rock band Uriah Heep is a big influence on the band’s sound.

“The riff was the thing that sort of originated the song. Actually, I nicked it from one of my previous songs, but it was like a picking thing – it was just the first phrase.

“It was just like one of those little melodies that I’m, like, ‘That is way too good,’ and I think that a lot of musicians can relate, that a lot of riffage starts basically like that, you just sit and play and something that feels good you just sort of find yourself returning to that.

“It just turns into a riff and the writing of the song was very quick after that.”

“We had these very, I mean, speaking of influence, I like a band called Uriah Heep a lot, and the whole *drums on lap* that we’ve had on three records’ opening tracks, that’s completely Uriah.

“If there’s anything I’ve listened to way more than Blue Oyster Cult, it’s Uriah Heep, and just listen to [1975’s] ‘Return to Fantasy’ or [1971’s] ‘Look at Yourself,’ you’ll hear, ‘That’s Ghost.’ And so we sort of ended up sort of adopting that triplet-y thing.”