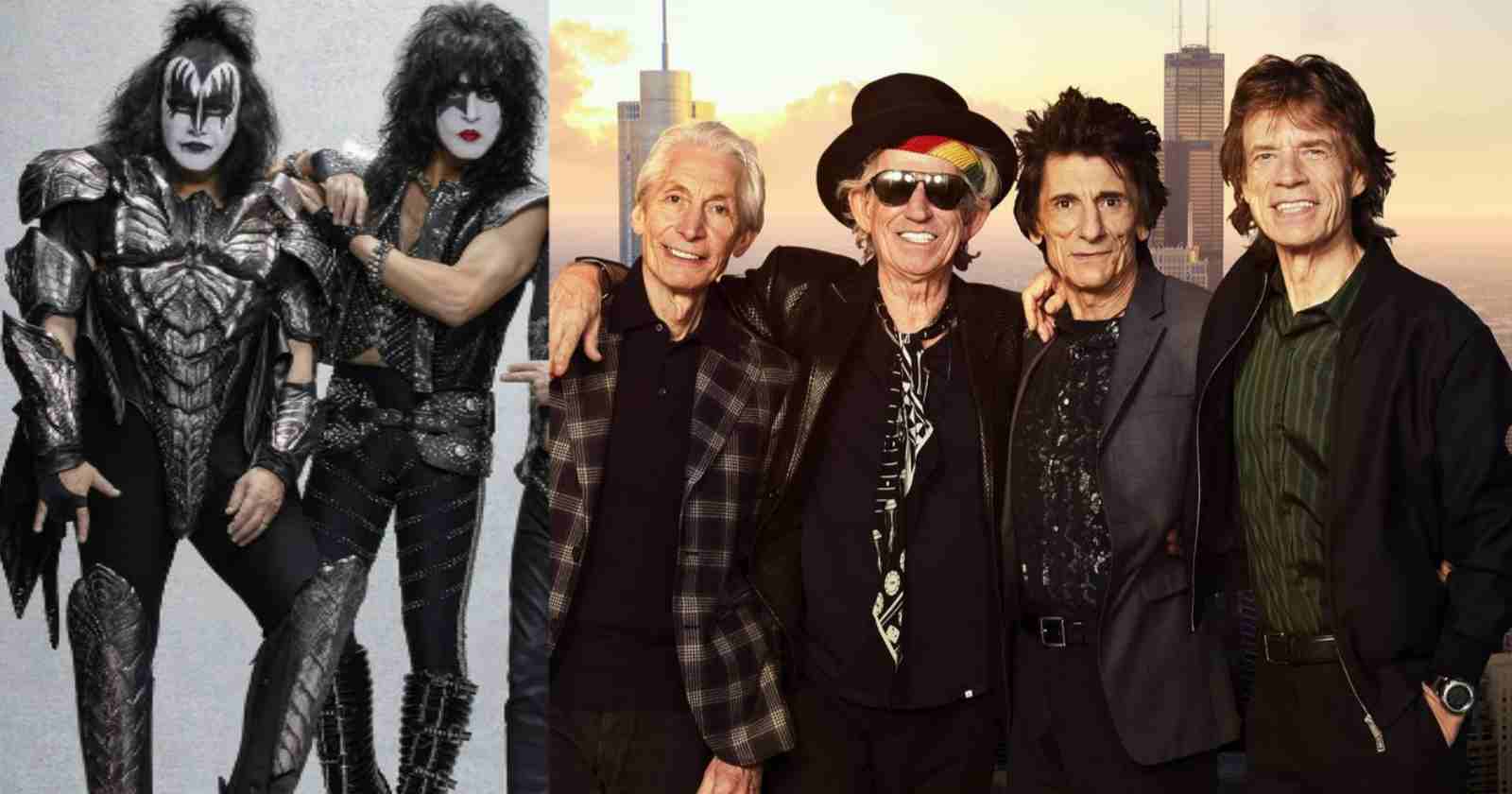 The Rolling Stones were a huge inspiration for Kiss in the early days and one classic song of the American Hard Rock group was even inspired by a track released by the British band in the 70s. The co-founder, bassist and singer Gene Simmons recalled that in an interview with Guitar World in 1992.

The Kiss song that was inspired by a Rolling Stones track

The song is “Deuce”, written by Gene Simmons and released on the band’s self-titled debut album in 1974. The musician explained the inspiration, saying: “That was the first song I ever wrote for Kiss; it was thrown together in about half an hour. I ripped off the lick from Bitch by The Rolling Stones and changed it so it starts in A and goes to a C.”

“I purposely set out to create a repetitive lick – like in Satisfaction or Bitch. Lyrically, I had the slight thread of a story line, but I was more concerned with conveying attitude than making sense of the word ‘deuce’. I’m not quite sure what the line, ‘You know your man is working hard, he’s worth a deuce!’ means, but it sounded right,” Gene Simmons said.

Since it’s release “Deuce” became part of their live concerts and usually is the first song of the setlist.

The Rolling Stones song “Bitch” was released only 3 years before “Deuce”, on the band’s 1971 album “Sticky Fingers” and was written by Mick Jagger and Keith Richards. It was also released as the b-side of the hit “Brown Sugar”.

At that time the group was also formed by Charlie Watts, Mick Taylor and Bill Wyman.

A few years later the American group covered on their 1979 album “Dinasty” the song “2000 Man” from the Stones 1967 album “Their Satanic Majesties Request”.