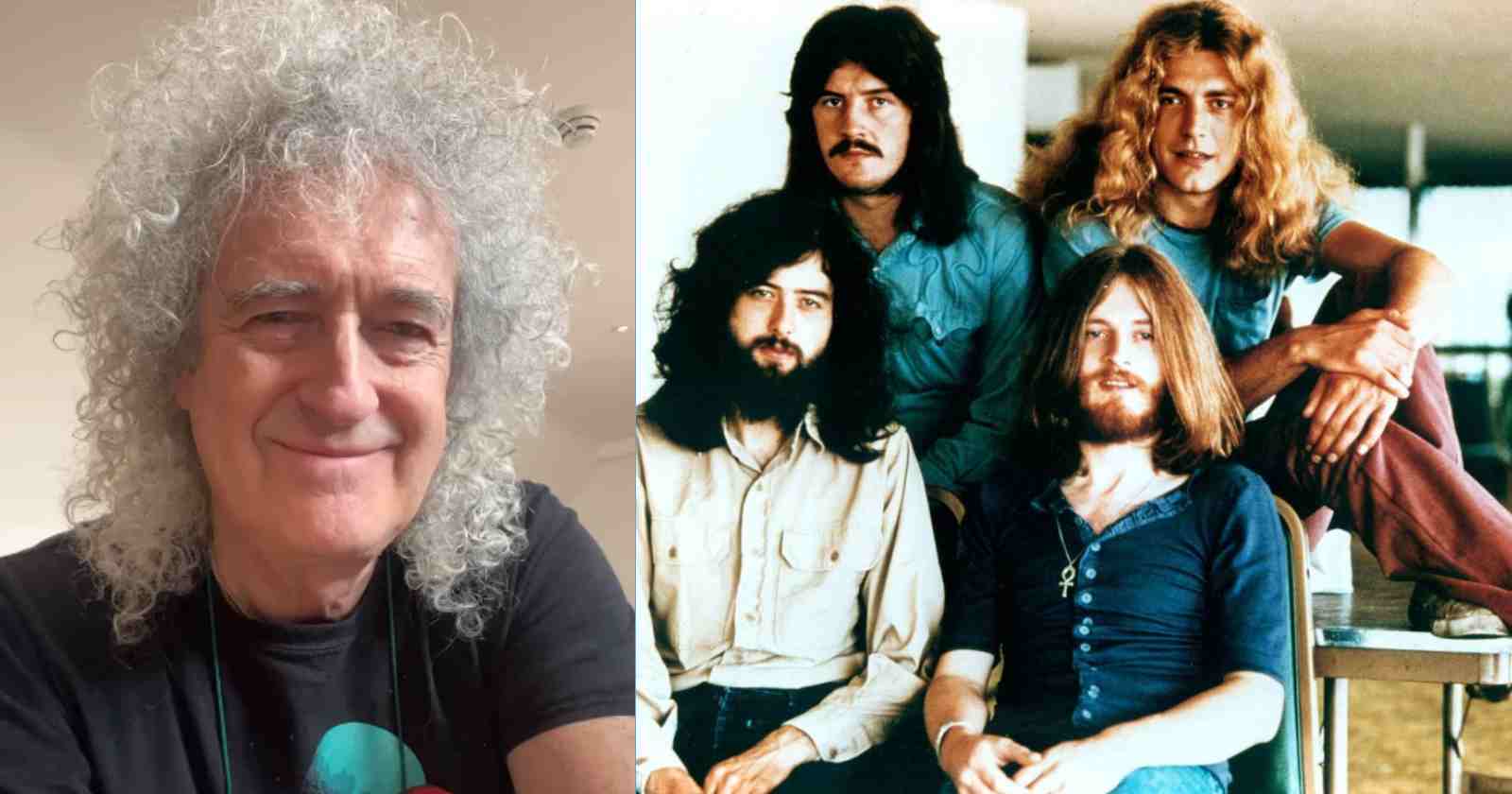 The astrophysicist and Queen guitarist Brian May made history with the British group alongside drummer Roger Taylor, bassist John Deacon and vocalist Freddie Mercury, having sold millions of albums worldwide. Over the decades he talked about many bands in interviews and two of them were the Rolling Stones and Led Zeppelin.

In an interview with BBC radio 2 (Transcribed by Rock and Roll Garage) back in 2019 talking about the year 1969, he gave his opinion on the Stones and recalled he had the opportunity to watch their free concert at Hyde Park during that year: “Who else was big in 1969? Well, the Rolling Stones. In those days, you had to be a Rolling Stones fan or a Beatles fan. Apparently you couldn’t be both. But actually, I guess we were both, because we used to go see the Rolling Stones too.”

“They came from my neck of the woods as well. They were very much a local phenomenon to us. In 1969 they were big, they were global and they put it out ‘Honky Tonk Women’. They also did a free concert in the (Hyde) Park, which we went to. It was a very beautiful day. I remember the sunshine and it seemed very chaotic though. Of course they just lost Brian Jones and Mick Taylor was standing in. Everything seemed that it had been thrown together, a little edgy, I suppose. But an amazing day. Nevertheless and I’m just thankful that I was there.”

What is Brian May’s opinion on Jimmy Page

In a conversation with Chris Bird back in 2020, Brian May praised guitarist Jimmy Page and recalled that they went to the same school when they were young: “He’s almost my generation, but a little bit older, and we went to the same primary school, although he was, I think, two or three years above me – and that’s a lot when you’re small. So I always looked up to him, I gotta say, because he’s kind of a local boy to me.”

“Strangely enough, we live quite close to each other at the moment. To me, he’s a master of invention, that’s what I would say. He’s a major, major force in defining what heavy rock became as it was being born. I never get fed up of listening to those Zeppelin albums. I never will.”

“It’s a funny feeling as well, because we were boys trying to do our thing and hoping that one day we might be rock stars and live their life. Listening to ‘Communication Breakdown’ and ‘Good Times Bad Times’, I remember I had that feeling of, ‘Oh my god! He’s doing what I want to do. I either have to give up or else I have to try bloody hard.’”

Formed in 1968, only one year before Brian May saw them live for the first time, Led Zeppelin became one of the best-selling bands of all time with an estimated amount of 200 to 300 million records sold worldwide. One of the pioneers of Hard Rock music, the group that had Jimmy Page, Robert Plant, John Bonham and John Paul Jones influenced hundreds of successful bands that would appear in the 70s, 80s and 90s.