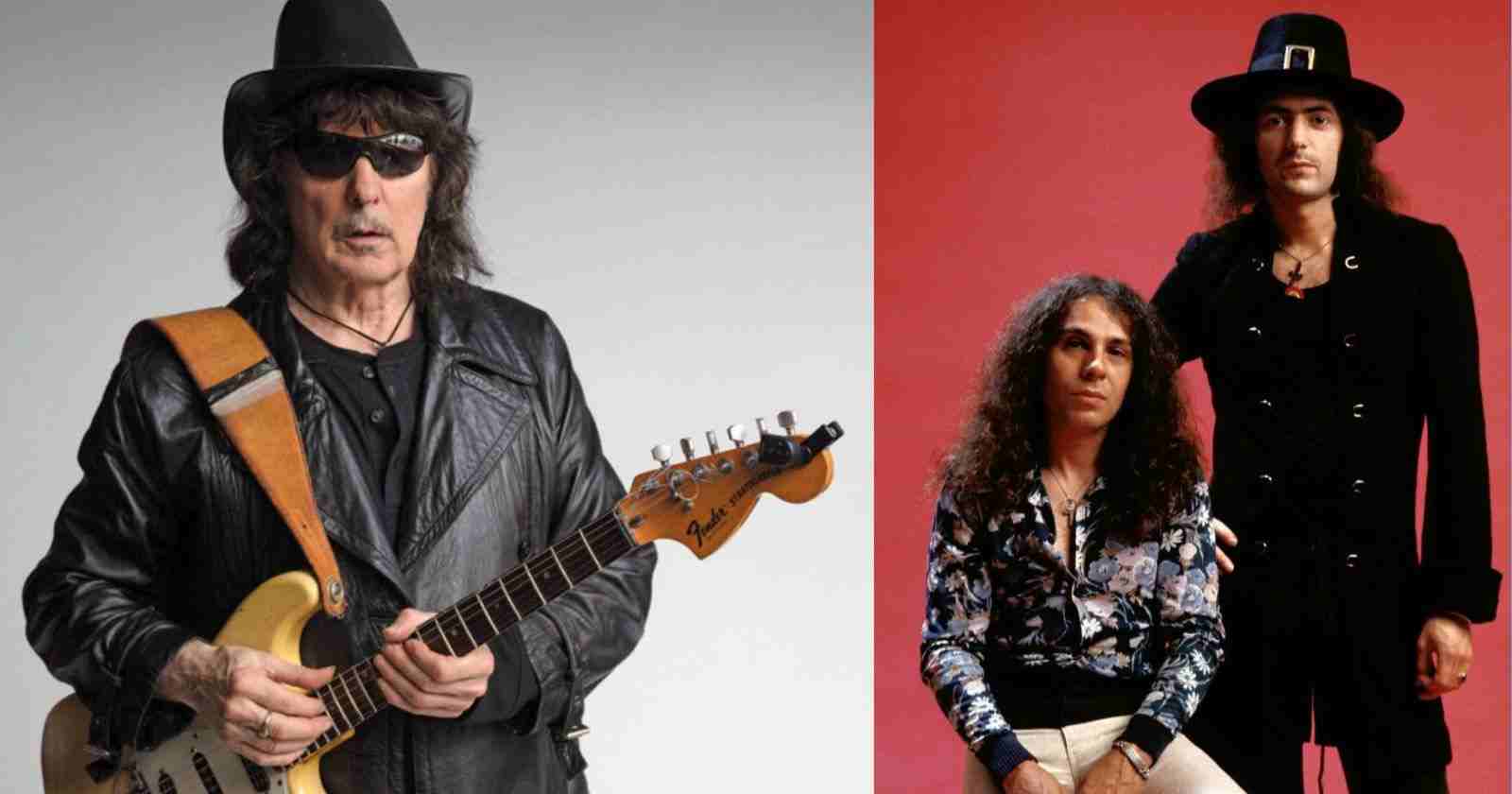 After leaving Deep Purple in 1975, legendary guitarist Ritchie Blackmore formed Rainbow with Ronnie James Dio. The three first albums of the group “Ritchie Blackmore’s Rainbow” (1975), “Rising” (1976) and “Long Live Rock ‘n’ Roll” (1978) still are milestones in rock history. However, the tension between the members started to get bigger after an episode Blackmore revealed in an interview with Neil Jeffries back in 1995.

Ritchie Blackmore said about the episode that sparked the fight between him and Dio:

“I was always very close to Ronnie until, to be quite honest, he met up with Wendy [Dio’s future wife and manager], then it got very strained. She was a nice enough woman, but we didn’t really click. I remember being at the Chateau [the Chateau d’Herouville near Paris, dubbed the Honky Chateau studio by Elton John] when we were trying to sort out a song.”

“I was playing an effect, trying to get the song down, and both of them walked by and one of them said: “We want to talk to you.” Ronnie said. “I’ve just heard from Wendy that you’re on the front page of Circus and we’re not.” “Really? I had no idea.” The three of us had done the photo session. But the photographer did a couple of me on my own, and one of these got on the cover.”

“Cozy [Powell, drummer] or Ronnie said: “If we’re gonna be your fucking sidekicks then we’ll act accordingly.” That really pissed me off, cos that was nothing to do with me. After that it went downhill, cos I had no respect for either of them after that.”

So you got disillusioned with Ronnie after that episode and that album?

“Yeah, that didn’t do any favours for me. I didn’t like that. Because he was so nasty about it. “We’re not on the front cover with you!” Is that my fault? I lost a lot of respect. I always remember the good times. It was just that one thing that turned me right off. Great singer and a very funny man.”

“No. He had some girl on the bed with him. I set fire to something and put it by his bed, and it started catching the bedclothes. I thought he’d pick it up and put it out. But he didn’t see it. So I’m there watching these flames, going: “Er, Jimmy…” “Fucking hell! The bed’s on fire!” So he grabbed the bedclothes and threw them out of the window. But when it hit the ground it hit the Astroturf and set that ablaze too.”